Barring some low key scattered terror acts, the long pause in the otherwise recurring incidents bodes well. This reflects the palpable success of anti-militancy operations being carried out across the country.

Triumph in fact has not cost a small sacrifice to the nation — over seventy thousand people have lost their lives including loss of several thousand lives of security forces.

On 11 April, Army chief on the occasion of gallantry awards ceremony held in general headquarters rightly said that there was no substitute of the sacrifices rendered by security apparatus of country — not even the citations and medals awarded to soldiers and officers. Same stands true for civilians martyred in terror acts in large number. Militants’ almost stand defanged now but the present lull appears to be impermanent without tackling the ‘religious extremism’ in the right earnest. Radicalism has been the driving force pushing people to intolerance and subsequently to militancy. This radicalism is still there alive and kicking. Seminary is the suspected breeding ground of religious extremism. All the seminaries might not be involved in pumping religious bias but some of them cannot be absolved of this charge.

NAP (National Action Plan) is a best programme delineating outline of handling among others the religious intolerance but its implementation due any reason has not been that robust. On the other side, our government run schools are not yielding lustrous results mainly due to administrative apathy. Joblessness being faced by the youth graduating from these educational institutes dampens the parents’ enthusiasm and they rightly see these schools in poor light. 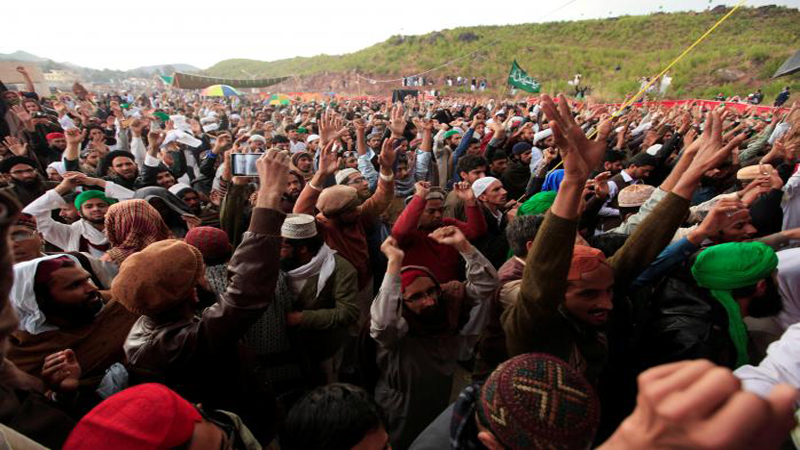 Ours being an oversized family with no alternative to constructively engage children Madrissa education is opted as Hobson’s choice where boarding, lodging, messing, and other things are gratis. There are certain estimates with regard to statistics on number of seminaries in the country and the students enrolled therein. One estimate puts their number close to forty thousand with around 1.8 million students enrolled. These statistics might not be quite accurate but must be somewhere close to accuracy. There is need to oversee the affairs of Madaris to ensure that nothing is taught that might promote religious bias transforming into militant outlook.

Besides, there is need to revamp government run schools across the country. Education is mainly a provincial subject particularly after the 18th amendment. AlifAilaan, a non-governmental organisation focuses on educational data gathering puts the total number of children (both boys and girls) out of school in country at 22.6 million. And that makes nearly half (44 percent) of all children in the country. It further claims that 43 per cent of government schools are in dangerous and dilapidated condition. About 21 percent of government primary schools are functioning with single teacher whereas 14 percent with single classroom. Further data with regard to the plight of education is in fact depressing. Our claim to have achieved 58 percent literacy rate also seems to be debatable as this could be an inflated claim. We are spending 2.5 percent of GDP on education, a figure less than what is earmarked by rest of the SAARC member states.

As per the GTI, the frequency of terror acts has decreased in Pakistan mainly due to the operations carried out by army against the militants. The security apparatus has been doing its job sincerely

There is need to make public schooling more attractive for the parents than the attraction held by Madaris for them. Instead of merely sermonising parents to send their wards to government run schools we should make the schools and schooling lustrous. Let the flourishment in these schools itself appeal to parents. Gagging Madrissa should not be the only option. Yes; seminary should be brought under routine observation and reforms as suggested in NAP should be implemented. The ongoing political hip-hop has perhaps done as diversionary as far as the government’s focus of attention is concerned. Security apparatus of country has been robustly performing its role but containing the religious fanaticism by enforcing checks on seminary and promoting public schools is the sole administrative responsibility of the government. Meticulous management of schools has direct bearing on the youth management. This is the segment of society that ultimately takes up the leadership role in institutions. Government is duty bound to reform, polish and groom the youth in correct perspective.

In fact the advocates of extremism have in the recent past subtly targeted students in universities and colleges. Noreen Leghari, a second year medical student in Liaquat University of Medical Sciences Jamshoro was radicalised through social media websites and was hoodwinked by some extremists. She had travelled to Lahore where she was to have been used as suicide bomber but security forces’ timely and swift action rescued her. In case of Mashal Khan a frenzied mob of students flouting the land of law beat life out of him.

Besides, few graduates from highly reputable institutes like IBA Karachi were detained in the recent past for their involvement in sectarian militancy. There is need of institutional cohesion and coordination to keep watch on the seminaries, educational institutes, individual in society and the social media outlets so that acts smelling extremism are curbed at initial stage. Individual in society has a greater responsibility here. It is he/she who is first to smell the radicalism when taking birth in a neighbourhood, Mohalla, locality etc.

Parents need to be sensitized with regard to possible radicalisation of their children in a seminary, peer groups, work places and other public and private social milieus. State has to be strong to dictate its writ. And it remains dependent on its institutions and their custodians but the laxity at higher hierarchy is doing a disservice here. One recent report as appeared in a section of print media that Islamabad, the federal territory has more seminaries than public schools. The former has more robust enrollment than the latter. Government has probably no reliably gathered data base and the statistics on seminaries across the country and enrollment in them.

As per Global Terrorism Index, the frequency of terror acts has decreased in Pakistan since 2014 mainly due to operations carried out by army against the militants. Security apparatus of the country has been doing its job as seen from the long lull in the otherwise recurring terror incidents. Mainstreaming Madrissa and clergy is mainly the basic responsibility of civilian dispensation. Extremist tendencies at the camps are unlikely to wither away unless moderate forces are encouraged to assert.

Bias-free public spaces must be promoted so that constructive and creative discourses are to flourish. Seminary is in fact not the only place where extremism is proliferative. Information explosion through free social media outlets is intrusive invading the innocent young minds. We have recent examples of certain varsities where affiliates of religious parties’ student wings have been dictating their peculiar motto and advocating gender segregation. These emboldened stalwarts and others have been spoiling the varsities’ educational atmosphere aside from the proliferation of religious radicalism. Governmental authorities should be aware of the fact that the success against militancy will prove short-lived unless the source of militancy is addressed.