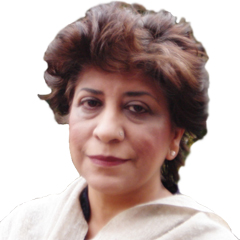 Speaking at an investiture ceremony in Rawalpindi on April 12, General Qamar Javed Bajwa, in an obvious reference to the Pakhtun Tahaffuz Movement (PTM), warned that ‘engineered protests’ will not be allowed to reverse the gains of counter-terrorism operations. The army chief may have had his reasons for labelling the PTM protests as ‘engineered’ and there may very well be evidence of the elusive ‘foreign hand’ trying to co-opt the social movement.

I obviously do not have access to intelligence reports nor am I acquainted with the PTM leadership. What has urged me to write this piece is my personal experience some years ago, much before the brutal murder of Naqeebullah Mehsud and the emergence of the PTM.

Back in 2014 I was working on a US drones related project in the UK as part of my post-doctoral research assignment. I was responsible for Pakistan’s case study and conducted extensive field-work in Pakistan. In the process I interacted with not only the civilian and military elite but, more importantly, with a number of ordinary, displaced people from North and South Waziristan.

As my research work progressed, a realisation began to dawn on me. Whether the tribal interviewee was a former government employee or a tribal elder, a shopkeeper or a student, a supporter of US drone attacks or someone affected by a drone strike, devoted to the Taliban ideology or a sworn enemy of TTP militants, a deep distrust of state institutions came through loud and clear at every level.

During my fieldwork, I was struck by the Pakhtuns’ clarity of thought. Even when they appreciated US drones for taking out terrorists they had no doubts that the US was an external aggressor and intruder. Even as they complained about the harsh treatment at military check posts, they appreciated the launch of Zarb-e-Azb to rid them of the militants in their midst

During my interaction with the tribesmen, I encountered certain recurring themes — their grievance of being mistreated at check posts manned by army personnel as if ‘we are terrorists’; the inconvenience faced by the sick due to long curfews; the observation that collateral damage and infrastructural devastation were caused not only by US drone strikes but also by the Pakistan military’s selective operations; that since the creation of Pakistan, the tribal region have been used by the state for its strategic purposes, leading to unintended consequences that cause the local people untold sorrow.

No matter which strata of the tribal society they belonged to, they saw the Pakistani state’s short-sighted security policies as the primary cause of FATA’s perennial problems.

At the same time, their love and loyalty for Pakistan was deeply poignant. All they were asking for was a redress of their grievances related to development, civic amenities, human rights and legal reform. PTM is echoing the same sentiments that the ordinary tribal people shared with me four years ago. It is therefore difficult to believe that PTM demands are ‘engineered’ and not home-grown. In fact, what appears to be ‘engineered’ is the smear campaign being orchestrated by a section of our electronic media.

During my fieldwork, I was struck by the Pakhtun’s clarity of thought. Even when they appreciated US drones for taking out terrorists they had no doubts that the US was an external aggressor and intruder. Even as they complained about the harsh treatment at military check posts, they appreciated the launch of Zarb-e-Azb to rid them of the militants in their midst. Sure, some were sceptical of the military operation’s success at that point in time, but they were never dismissive of the sacrifices of our brave soldiers.

Not once did they use derogatory language when sharing their view of the Pakistani state and its institutions — not even when talking about the dead; the injured or the missing; long-drawn curfews; shattered households; destroyed businesses or being second-class citizens in their own land. Anybody else who had suffered as these people had would probably want to see the country set aflame.

As a scholar the experience was enlightening; as a Pakistani it was heart-rending. One could almost touch the palpable pain of these marginalised people sharing the same territory as the rest of us. Their resilience in the face of untold suffering and adversity, their feelings of abandonment by the state and the rest of the society and above all their humility that invariably found expression in the words, “Madam, thank you for reaching out to us”, never failed to evoke a deep sense of shame in me. How can we, the more fortunate ones, remain unconcerned, even misinformed, about the extent of deprivation and humiliation, experienced by these people on a daily basis?

The point is, whatever General Bajwa’s reservations about the PTM, the state must engage their leadership, especially if their protest movement is believed to be ‘engineered’. There is no alternative to engagement to expose the insincerity of fake claims now is there? Remember the Government-TTP dialogue in 2014?  Or could it be that by engaging them, the state will have to face its own omissions and be forced to take remedial measures. It is therefore more convenient to not only to suspect PTM leadership but also dismiss the genuine grievances of ordinary people.

A FATA-KP merger may turn out to be a step in the right direction, but it will not automatically ameliorate the lives of the affected people unless they are taken on board. It is true that social realities are multifaceted; that the fog of war gives birth to conspiracy theories and exaggerated claims but in any civilised society, ordinary voices must be heard, no matter how jarring or unsolicited.

Please do not dismiss Pakhtun grievances. Being wary of the messenger must not be allowed to dilute the authenticity of the message.

The writer is an academic. She is Hon. Research Fellow, Birmingham University, UK and the author of Pakistan’s Strategic Choices in the 1990s (Routledge, UK: 2016)