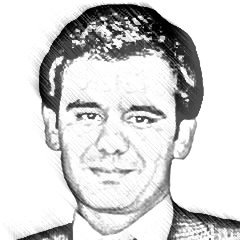 The modern barbarian force, ISIS, equipped with atrocious tactics familiarised the civilised world to the evil incarnation of human

Unlike his predecessor whose presidency saw ‘an era of retreat’, Donald Trump has rather taken an aggressive course to advance goals of American foreign policy.

In Asia-Pacific, Trump entangled American horns with China in trade war, adopted hawkish posture in South Asia, and in the Middle East, bent upon to scrap the Nuclear Civil deal with Iran and determine to reverse Russia’s gains. All these zero sum aspirations are not haphazard but carefully institutionalised by newly declared US National Defence Strategy (NDS).

The new defence strategy asserts that ‘one of the defence objectives include maintaining favourable regional balances of power in the Indo-Pacific, Europe, the Middle East, and the Western Hemisphere’. While the same doctrine under the heading of Prioritise preparedness for war reaffirms that “during normal day-to-day operations, the Joint Force will sustainably compete to: deter aggression in three key regions — the Indo-Pacific, Europe, and Middle East”. Trump lived with his chosen words by bombing Syria and initiating trade war in Asia Pacific. In offensive drive of Trump, America is once again enduring to ensure meaningful strategic presence in the Middle East couple with France’s reinvigorated desires for being significant stake holder in the region.

Over the last decade, the overemphasised role of non-state actors like ISIS or ISIL (The Islamic State of Iraq and the Levant or Iraq) in the Middle East had almost thrown historical, religious, ethnic and territorial conflicts in to obscurity. The brutal and ferocious warfare methods of ISIS had more or less overshadowed the realistic attributes – Arab-Israel conflict, proxy wars, oil politics, sectarian and ethnic divides – for a brief interval. The modern barbarian force, ISIS, equipped with atrocious tactics truly familiarised the civilised world to the evil incarnation of human. ISIS dramatic emergence out of nowhere had, for a movement, eclipsed the realistic rules of power politics.

In the absence of strong leadership, ethnically diverse and religiously inflamed youth, under the ISIS banner, has created havoc in the world

In the absence of inspirational leadership during these years of chaos, ethnically diverse and religiously inflamed youth, under ISIS banner, has created havoc in the world. Nevertheless, the uninterrupted journey of ISIS was broken by Assad’s call for Kremlin for rescuing his regime in Syria.

The tangible contours of the region often worked as oil to the fuel and have often been the source of its miseries. Its geo-strategic position, energy reserves, essential water channels- Mediterranean Sea, Red Sea, Suez Canal, Arabian Sea and Persian Gulf- have long been bone of contention within regional players and for extra-regional powers .Apart from tangible enticement, the region has been home for ‘Abrahamic faiths’ — Judaism, Christianity, Islam. And unfortunately, these Abrahamic faiths have been at loggerheads with each other for being true claimant of Jerusalem for centuries. All these religious, geo-political and geo-economic peculiarities have virtually transformed the Middle East into simmering cockpit for regional and global rivalries in every age.

The conflicted and diverse texture of the region has made it conducive battle ground for extra- regional powers and holds conflict laden history. Amid Cold War both Union of Soviet Socialist Republics (USSR) and America had attached great importance to the region. And it will be safe to say that the Middle East had served second, following Europe, significant battle ground for proxy wars. In the wake of Suez Canal crisis, USSR backed Egypt’s bid against joint Israeli-British-French strike to topple down the Gamal Abdel Nasser’s regime. Out of nuclear war fear, the then British Prime Minister Eden was dissuaded and dismounted. On the other side of the spectrum, US developed intimate relations with Saudi Arabia, supported Israel’s stance and has been instrumental in Arab-Israel peace process.

The worst tumult of Arab Spring appeared on the horizon of the Middle East when thousands of masses flocked to the streets to overthrow decades-long despotic regimes. From the coasts of Tunisia via central Middle East to the rugged terrain of Yemen, the entire region sunk in to a wave of violent protests, coups, dethronements, and insurgencies. Although, Saudi Arabia, Iran, and some other regimes survived, but Zine El Abidine Ben Ali in Tunisia and Hosni Mubarak in Egypt relinquished their thrones, Gaddafi was killed; Syria and Yemen were drawn into protracted civil wars. Due to the involvement of international players, Syrian civil war acquired ugly dynamics.

The roots of the current Syrian crisis lie in the remnants of unforgettable memories of the Cold War which were partially resurrected by Arab Spring and US era of retreat. Being signatory of mutual Treaty of Friendship and Cooperation with Russia, Bashar al-Asad urged Russia’s help and Russia rushed to defend its Cold War ally. Russia’s hasty response was to protect its strategic stakes in Syria in the first place. Back in Cold War, in 1971, Russia set up naval base in Tartus, on the Mediterranean coast of Syria. Navigational naval ports have been of paramount important in Russian foreign policy throughout history. Tartus port ensures Russia’s smooth sailing into Mediterranean and which further connect it to Atlantic Ocean.

Numerous phenomena are in motion in the Middle East turmoil.  Firstly, revived rivalry between Russia and the US for global dominance has made profound the nature of mayhem. Secondly, regional power politics among Iran, Turkey, Saudi Arabia and Israel for favourable regional balance backed by sectarian based intra-regional proxy wars have created religious and ethnic schisms sharper. Thirdly, until less obvious but the most threatening Kurd’s transnational separatist venture has worsened ethic rifts.

The sad part is the intransigent standing of the involved stake holders in this confused marathon of power politics. War can only be averted by successful diplomacy. In diplomacy one must give at least one to achieve ten. But in unfortunate and turmoil ridden Middle East all contestants want everything without conceding hardly any. The set of conflicts defined in this manner is seldom subject to compromise. Dr Henry Kissinger accurately analysed ‘In the conflicts of the Middle East the emotional impetus derives from forces comparable to those of Europe during the seventeenth century’.

The writer is MPhil from National Defence University Islamabad, he can be reached at imran_7016@yahoo.co.uk