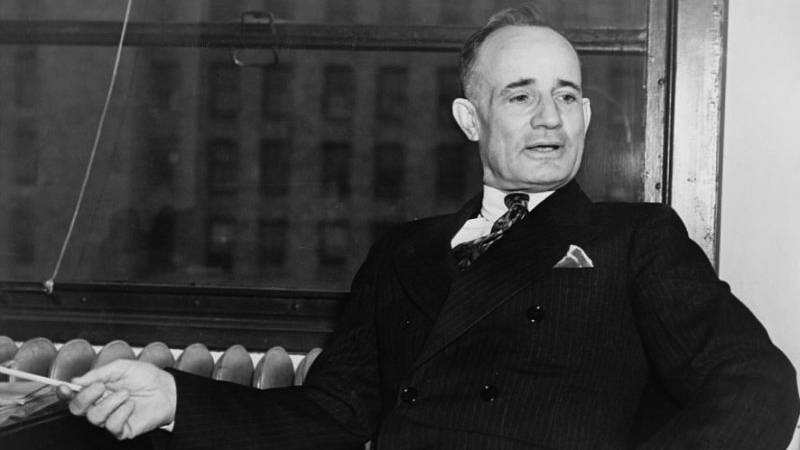 Thoughts are things, said Napoleon Hill, one of the greatest authors of the twentieth century. Napoleon Hill was introduced to Andre Carnegie, the richest person on the planet at that time. Napoleon Hill’s desire was to find out why some people were successful while others unsuccessful. Andre Carnegie fulfilled his request of arranging his meetings with the successful persons like Henry Ford, Thomas Edison, and Theodore Roosevelt. Napoleon Hill spent twenty five years of his life on searching the formula for success and ultimately he succeeded and wrote a book called law of success. Furthermore, after the publication of the Law of success he wrote another book called “Think and Grow Rich” and in this book he explained the principles of success in detail. According to Napoleon Hill, thoughts create reality.

Napoleon Hill believed that the starting point of all major achievements is “desire”.  Napoleon Hill writes in his book ‘’Think and grow rich’’ that Edwin C Barnes was a poor man but his thoughts were those of a king and as he appeared in the office of the great inventor Thomas Edison, he imagined himself to be the business partner of the legendary inventor. After few years, his desire accompanied by definite purpose turned into reality and he appeared once again in the office of Thomas Edison, this time not as tramp but his partner.

The second step after the burning desire is ‘’faith”. According to Napoleon Hill, “faith is the head chemist of the mind. When faith is blended with the vibration of thought, the subconscious mind instantly picks up the vibration, translates it into its spiritual equivalent, and transmits it to infinite intelligence, as in the case of prayer”. These are remarkable words; faith when combined with the thought of immense desire will ultimately appear in the physical world. Thoughts without faith do not create reality. Napoleon Hill further says that the only method to develop faith is by using affirmations. Repeated thoughts are accepted by subconscious mind and converted into their physical equivalent.

Furthermore, Napoleon Hill believes that indecision is the major hurdle in the way of success. He explained it by narrating the story of Henry Ford. Advisors of Henry Ford advised him to not continue working on a famous model T (world’s ugliest car). But Henry Ford’s definiteness and firmness led him to earn a huge amount of money from the new model. Many people do not succeed because they are easily influenced by the opinions of others. According to Napoleon Hill, “If you are influenced by the opinions of others, you will have no desire of your own”.

Our brain is both broadcasting and receiving station for the vibrations of thought. Modern science says that thoughts are energies. We attract what we think all the time. William James, the father of modern psychology said, “The greatest discovery of the modern era is that we can change our life by altering our mind. So, it is of great importance to be aware of our thinking.

There are many fields in which new leadership is required. In politics most of the leaders are old and their ideologies outdated. There is a significant vacuum in the field of politics which can be filled by young and inspirational blood.

On the wheels of industry the entire engine of state runs. Our industry is technologically lacking behind the world. Youth with relevant skills can easily rise among the ranks of the outdated industrialists.