* Even Islam allows for repentance and a second chance. The Supreme Court, however, does not 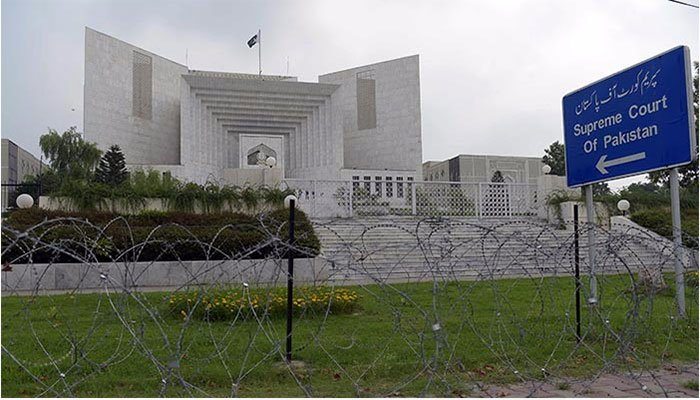 The ramifications of the judgment are manifold, however, the rationale on which it is based appears tenuous. In its reasoning, the Supreme Court has in essence held that someone convicted of a crime of moral turpitude against a third party can re-enter the political arena after five years of his release, whereas someone who has misdeclared on an election form, without actually hurting or injuring anyone, shall be ineligible for a life time.

The Supreme Court has hinted at the possie overlap and congruity between the terms ‘moral turpitude’ and ‘sadiq and ameen’ in its analysis of Articles 62 and 63. In fact, moral turpitude has been defined by the Supreme Court itself as something contrary to “justice, honesty, principle and good morals’, whereas the term ‘ameen’, simply put, means honest/ trustworthy. One would think that as such, the penalty for one would also be attracted to the other, by analogy if for no other reason. However, this is not the case.

In fact, the Supreme Court appears to have gone on to create a distinction not in terms of definition, but in terms of ‘context’, that is, convictions in criminal crimes shall invoke temporary bans, whereas crimes of a civil nature, without any actual conviction through trial, shall attract perpetual bans. This appears all the more perplexing when one notes that usually criminal offences attract far greater punishments than civil breaches, and not vice versa.

The Supreme Court has furthermore relied heavily on principles of morality, Islamic surahs and traditions to justify the perpetual ban on politicians.

In doing so, it appears to have ignored the fact that even Islam allows for repentance and a second chance. The Supreme Court, however, does not. In doing so, it has created an anomalous situation where a politician, whatsoever is his name, may be convicted of corruption up to billions, but could still find himself eligible to contest elections after five years of his release, whereas Nawaz Sharif, even if he is acquitted in all his NAB cases, would still be ineligible because he had misdeclared on an election form.

The author is a lawyer based in Karachi.