Fading optimism for peace in Afghanistan

While the rivalry rages between America and the duo of China and Russia, the principal sufferer is undoubtedly going to be Afghanistan

On April 2, a graduation ceremony being held in a local seminary in Dashte Archi district of Kunduz was bombed by Afghan security forces in which a large number of seminary students (most of them minors) were killed. Afghan Ministry of Defence claimed that a Taliban meeting plotting an attack on government forces was the target. But next day, the Afghan government spokesperson admitted that civilians (non-combatants) were killed in the attack. This is not the first time that this north-eastern province of Afghanistan experienced such attacks. In October 2015, American gunship helicopters had pounded a clinic in Kunduz being run by Médecins Sans Frontières, a non-governmental organisation, killing over forty people and injuring several others. The dead and the injured included both clinical staff and patients. Later, the coalition forces spokesperson had apologised for the mistaken attack. Again on 2 November 2017, coalition forces had targeted Taliban positions in the outskirts of Chardara district of Kunduz and killed nearly two dozen people. Most of those killed were non-combatant civilians. The same village had suffered a large number of casualties back in 1985 as a result of Soviet troops attack, and the villagers had renamed the village as Qatl-e-Aam. That is history now, though.

Such attacks or activity usually take place when otherwise inflexible Taliban leadership starts evincing little signs of some bendiness for peace talks. The latest airstrike by fledgeling Afghan air-force on Kunduz took place when there was some overture in Taliban ranks for restarting the stalled peace talks. On 21 May 2016, Taliban Ameer Mullah Akhtar Mansur was droned to death by Americans in Pakistani territory while on the way back from Iran. Mansur’s assassination had caused a remarkable rage and inflexibility in the attitude of Taliban. Before Mansur’s killing, Taliban were participating in peace talks when none other than Afghan intelligence agency NDS (National Directorate of Security) itself broke the hitherto hushed up news with regard to the death of Mullah Umer creating consternation in Taliban ranks, and small difficulties over his succession issue had surfaced. The act of breaking the news of Umer’s demise was ill-timed as it dented and stalled the peace talks. A year back, pamphlets denouncing Taliban were thrown from an aerial vehicle with holy versus sacrilegiously painted on the body of a canine. That caused a massive furore in Taliban and the common man. Soon coalition forces spokesperson apologised over this activity and termed the act inadvertent. But the damage was already done.

The attacks, such as the airstrike on Kunduz, usually take place whenever the otherwise inflexible Taliban leadership starts evincing little signs of some flexibility for peace talks

A question logically arises as to why such accidents are allowed to take place? Perhaps these are orchestrated to spoil overtures being made for peace in the country. A perception held is that such happenings are not against the wish of America. The latter perhaps does not want withdrawal, at least not immediate withdrawal, of boots from Afghanistan. Logically, the Americans would like to stay put in the region given Sino-Russian increasing influence here. Instead, there has been a fresh spat going on between some European capitals – seconded by America – and Russia ever since the alleged nerve gas attack episode took place on Sergei Skripal, a former Russian double agent. The said episode sparked a new cold war like situation.

Soon after Kunduz happened, the Afghan authorities alleged that Pakistan Air Force (PAF) violated Afghanistan’s airspace. It was perhaps a subtle attempt to shift the blame on PAF, but Pakistan immediately issued a strong denial and pooh-poohed such preposterous aspersion saying her forces are engaged in Bajaur agency battling against the militants intrusive from Afghanistan side. Naturally, there is an enormous distance between Bajur and Kunduz and had there been any violation of airspace coalition forces’ radars, and other modern gadgetry would have confronted Pakistan with technical evidence, but this did not happen. Subtle narrative of Afghan authorities was an attempt to deflect public opinion from what Afghan forces did in Kunduz. 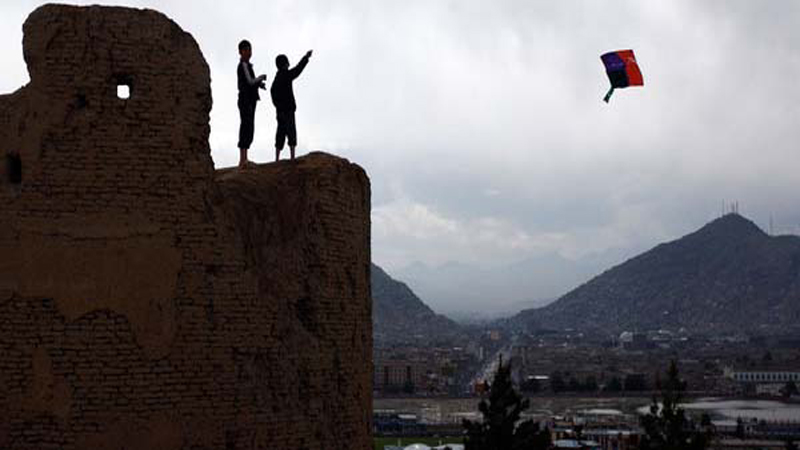 The discourse reflects that Afghan peace, unfortunately, stands spoiled; instead, is hostage to regional politics. Afghanistan has experienced much bloodshed and mayhem for the last few decades. Jihad, Jihadis and accelerators of the same are to stay there. Rag-tag clergy phenomenon is not going to give up the ghost so soon. Some perceive the obtaining situation as the start of ‘new cold war’. While it may not be the yesteryears ‘cold war’ situation between Moscow and Washington but the invasive race is on to spread their respective influence in the region. UK Prime Minister Theresa May sequel to suspected involvement of Russia in a recent nerve gas attack on Sergei Skripal said that Russia was fighting a ‘new cold war’ against Britain.

While the rivalry rages between America and the duo of China and Russia, the principal sufferer is undoubtedly going to be Afghanistan; the country never saw normalcy ever since Russia invaded her in 1979. Afghanistan provides a niche to America to sit well ensconced and influence the region with an aim to scuttle rising China being supported by Russia. In this melee, Pakistan is also to suffer because the USA understands her as a close ally of China and Russia. Washington has already tried to marginalise Islamabad by bringing forward her adversary New Delhi, but it is further being brought under pressure by resorting to cut in military aid and questioning its financial transparency. The country has already been put on the grey list of Financial Action Task Force (FATF).

The recent visit of Prime Minister Shahid Khakan Abbasi to Afghanistan and his meetings held with Mohammad Ashraf Ghani and Abdullah Abdullah, President and Chief Executive Officer of Afghanistan respectively were, in fact, part of Pakistan’s endeavours for start of a dialogue between recalcitrant Taliban and the Afghan government. The recent statement of Mullah Abdul Salam Zaeef, the Taliban era former envoy to Pakistan carried by a section of print media saying Taliban are unlikely to budge from their position despite Pakistan’s pressure, shows that Pakistan’s persuasive pressure is there at work. But such efforts are unlikely to bear the fruit as on one hand Washington wants a negotiated settlement to Afghan quagmire and on the other incidents like that took place in Kunduz are allowed to happen. This incongruity and dichotomous position might be serving the interest of America but certainly not the optimism for peace in Afghanistan.