What is the common denominator between the six groups of people who collectively call themselves Pakistani?

Let’s not shy away from admitting the fact that as a nation, we have been conditioned to hate so much that hatred has become one of the main ingredients of our version of patriotism. Our naïve reactions to the perceived threats and toxic jingoism are what determine our collective identity.

What does the term ‘Pakistani’ mean anyway? We do not inherit any historical or cultural identity other than our shared identity with India. The post-independence state of Muslims – Pakistan – is making naïve attempts of detaching itself from its Indian identity and formulating a new one.

Is there any historical legitimacy in the nature of the social contract that particularly binds a toiling farmer in Punjab to a Muhajir entrepreneur in Karachi or a tenured bureaucrat in Islamabad?

Never mind, there is no one answer to this.

National identities are often reflective of an ethno-linguistic cohesive whole, contained within the frontiers of the land occupied by its current flag bearers and their progenitors. In some instances, diverse people deeply wedded to a singular idea establish a nation predicated on it, as is the case with the United States, whilst privately upholding their eclectic ethnic roots. Others yet, like the Europeans and Africans, maintain a national in parallel with an adjunctive continental identity.

What does the term ‘Pakistani’ mean anyway? We do not inherit any historical or cultural identity. The post-independence state of Muslims – Pakistan – is making naive attempts to detach itself from its Indian identity and form a new one

So what is the common denominator between the sixth largest groups of people who collectively call themselves Pakistani? Ah, it was supposed to be religion in 1947. Never mind one half of the country found that bond tenuous enough to separate.

But, histo-geographically speaking, who is a Pakistani? Common sense would say, ‘Muslim Indian’, without unpacking the complexity of Muslims still living in India and minorities inside Pakistan. That was the bedrock of our separatist project after all: regions within India populated by Indian Muslims amalgamated into an autonomous country so as to form a religious majority. Politics aside, the word ‘Indian’, unfortunately, can variably mean people of the Indus, a cultural Indian, an ethnic Indian (representative of hundreds of groups) or a citizen of India. Except, we hated it all, didn’t want anything to do with anything and abandoned out indigenous ethnicity on the eve of independence. Never mind, if we are not Indian, we are neither Arab, nor Persian or Mongol. 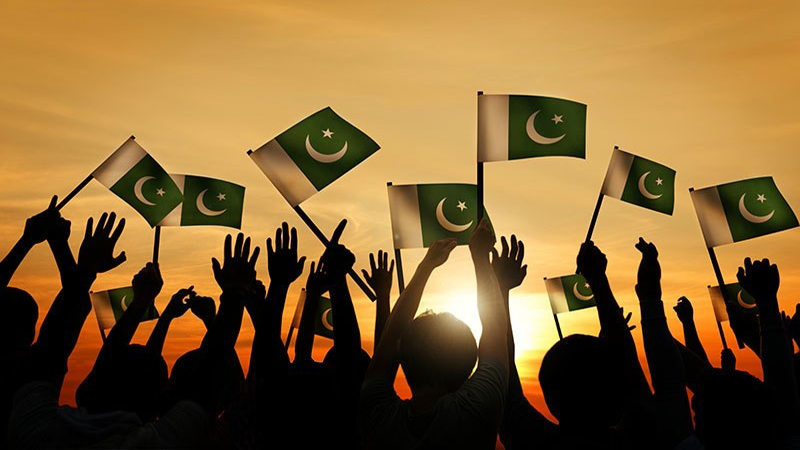 Ethno-linguistically, too, we’re an artificial mélange. Four inequitable Indian sub-ethnicities assembled under a foisted upon foreign national language. Three generations ago, nobody in what constitutes Pakistan natively spoke Urdu. Thus came this vernacular from Lucknow with a weighty religious baggage and literally left us speechless. For me, this transition was reflected in juvenile conversations with my grandmother: I would pose inane curiosities to her in Urdu and she would unfailingly explain them in Punjabi.

But there is more that astounds. So, the two wings of Pakistan departed from their Indian past and started afresh under the Islamic banner. When push came to shove in 1971 and the bridges of faith were burnt at the altar of ethno-linguistics, the eastern half fought for a bloody divorce and carved out a new identity truer to their ilk. Never mind that they were the majority province – a seminal example in history – a half of more than half the Pakistanis who took off and let the minority wing salvage a truncated identity. And now, a subcontinent of hate paints an ironic picture of a vexed interweave: India, which gets its name from the national river now in Pakistan, which in turn is now the minority representative of the original country, while the majority Pakistanis are now called Bangladeshis. We are of and from each other, bound by the hate that sets us apart.

Going back to the original query, who again are we? We don’t know, but we answer that in terms of who we are not. It’s a curious case of apophasis – a repetitive rejection of our Indian-ness hintingly emits a recurrent whiff of our undeniable, well, ‘Indian-ness.’

But as any psychoanalyst would tell you, external hate that is the basis of your own genesis is bound to unleash some self-inflicting internal fury as well. After all, if all you have is a hammer, every problem starts to look like some ‘other’s’ face. And as a nation which discerns itself as ‘not them’, we have inveterately produced native symbols of public scorn, singed by the flames of our own fire guns. For many AbdusSalams and Qandeels later, fate has brought us to Malala, or her, to us.

The official account of October 9th 2012 is well known (if only to counter it). The Pakistani account, however, unstitches that narrative tapestry and inserts it with knots and loops of doubt and suspicion. Never mind that the burgeoning section of the conservative middle-class who have hated her for six years fail to present their own conspiracy chronicle of ‘what-really-happened’ that involves a coterie of professionals from across the spectrum, alternative facts version.

They say many a man has gone crazy seeing themselves in their enemy. In her case, the mirror reflects our true identity, i.e. that what we are not. It’s irksome at first if one of your own miraculously breaks the savage cycle of birth-struggle-despair-death – a fantasy that even the most stupendous of dreams doesn’t afford your little self – and unbearable if that new life transforms somebody into a globe-trotting activist who can demand the audience of the likes of the Queen and Bill Gates, all before the age of 20. Of course, you can’t climb that ladder, so you chop the rungs and bring her down. For a nation failing collectively, there is comfort in fraternity, and the one, if any, who dares to get away, must be banished to the sanctums of hate reserved for all those who you are not.

From being called a fake, a fraud, an agent, to have death wished upon her, Malala has earned the full bandwidth of loathe, simply by personifying what we will never be able to be. She’s not special, they bellow. Her lack of public service to the country has also been a congenital criticism. On her recent return to her homeland, as a social media weaponized by anonymity once again erupted with thorny opinions, an image floated about listing her team’s works and donations worth millions inside Pakistan. Never mind that it was never about facts. Never mind what we expect of her is actually the role of the government. Never mind, too, that the attack on APS Peshawar was essentially a reprise of the Malala shooting, but instead offered bloodletting as an ingredient of much needed political medicine. This extreme alone satiates our desire for pathos: martyrs, fatal sacrifices, a gargantuan memory of irreparable loss on whose shoulders are launched big army operations, not survivors, winners, or a rare tale of strength where a victim limped through to victory. Because that’s not us.

It’s a curious case of apophasis – in rejecting the upward mobility of her fortune, we unsuspectingly let out a whiff of what we ought our own success story should be.

But in this vicious world built on power dynamics, is there room for a genuine conspiracy brewing? Yes. Do the people have the right to inquire about unclear facts? Sure. Is the Malala situation susceptible to conspiratorial politics? Absolutely. Is that more telling of our own weaknesses? No doubt. Does that automatically invalidate the account of her shooting? Never mind, ask the parents of the martyrs of APS Peshawar.

No social bubble – educated, ‘liberal’, elite; you’ll label it relative to your own disposition in society – is big or wide enough to keep you at more than an arm’s length from a sworn hater of something. Never mind that it’s always more telling of the projector rather than the recipient of it. Neither is this hate endemic to us alone, for long before Malala, a young diarist from Frankfurt was similarly pilloried. While we refuse to construct our own identity, we continue to stipulate who and what we are not, internally and externally – never relinquishing our defensive posture, never ceasing to exist only as an anti-somebody else. But as the Indians own up to themselves and launch towards Mars and Malala owns up to her truth and shoots towards the sky, the haters, consumed only by the rage that weighs them deeper into their dreary pits of doom, will continue to spew venom that might fall only backwards. And when they rave and rant about who they are not, what do you say? Ah, never mind!