Over 1,500 Indian Sikh pilgrims in the town to celebrate Baisakhi 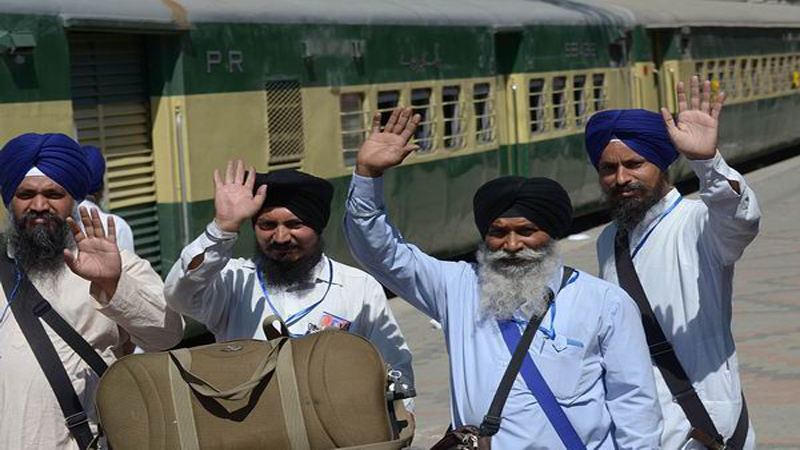 The government had already put in place foolproof security arrangements, besides immigration, customs, bank and medical camps at the railway station to facilitate the pilgrims.

Talking to the media, Sikh pilgrims, including Sardar Gurmeet Singh and Sardar Charan Singh, said that they would remember the warmth welcome of Pakistan government and expressed satisfaction over the arrangements made by ETPB for Sikh gurdwaras in Pakistan.

They would stay there for three days and perform religious rituals. The central ceremony of Baisakhi festival would be held there on April 14.

The pilgrims will visit Gurdwara Dera Sahib Lahore on April 18. The will return to their homeland on April 21.