US shale and Saudi reforms

If shale industry expands as fast as it did since its inception in 2005 with nascent technology, US oil production may get doubled in a decade

Despite decades of hype and hopes for a move towards clean and renewable energy, petroleum fuels 95 percent of transportation of people and goods for trade. The astonishing growth in US shale oil production upset the apple cart of major oil producers including the Kingdom of Saudi Arabia (KSA), which is often touted as a permanent secular shift in petroleum technology.

If shale industry expands as fast as it did from its inception in 2005 with nascent technology, US oil production may get doubled in a decade. Shale dynamics include advantages that individual shale wells (running into thousands) are tiny compared to traditional megaprojects and can be put into operation in months instead of years with a capital investment in millions only and the combined output of shale wells may rattle global markets.

Combined with the advantage that Shale wells are drilled in two stages, reducing costs not beset by exploration risks. Technically speaking, the first stage involves installing the subsurface horizontal pipes and the second involves ‘stimulating’ the rock to produce for hydraulic fracturing. Well operators can hold initiating the second stage as a strategic reserve and these drilled uncompleted wells numbering number over 5,000 in the USA can be brought into production rapidly.

On average the shale oil produced per rig incrementally increased by 20 percent in 2016 alone while drilling costs declined slightly sending shivers up the spine of OPEC giants. The US Geological Survey recently reported that the Wolfcamp shale (part of the Texas Permian Basin) has 20 billion barrels of oil.

The Saudi government has been draining its massive USD two trillion sovereign wealth fund to cover revenues lost from the petroleum price collapse over the past couple of years. Saudi Arabia’s dream of securing a USD 100 billion windfall from the IPO of Aramco may be clouding its judgment. The kingdom needs higher oil prices to entice international investors to buy a stake in the state owned company which supplies almost all its crude. Using its OPEC clout to restrict global supplies and pump up the cost of its barrels makes the mega offering look more appealing but the move has also emboldened US shale oil industry with the US Department of Energy predicting that US shale may average 10.3 million bpd rivalling Saudi Arabia and Russia in output terms.

The 2014-2015 routs of oil prices sliced the Kingdom’s major source of revenue comprising 77 to 88 percent of its income. After 2007 KSA began to draw on its foreign reserves and issue bonds. 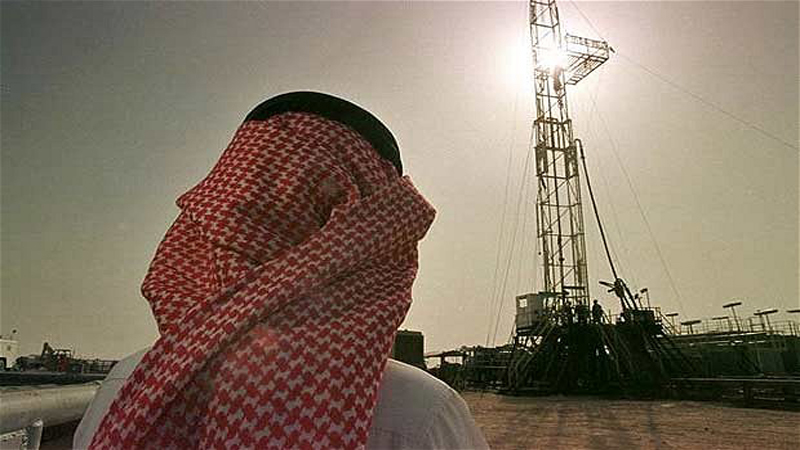 The Kingdom’s current oil production is at 10.3 million barrels per day, including 7.15 for export and 3.15 allocated for local demand however rising consumption may result in KSA becoming a net importer of oil by 2030.The KSA ‘s proposed budget for 2016 showed a deficit of USD 87 billion and the rapid depletion of foreign exchange funds from USD 732 billion to USD 623 billion during 2015 sent alarm bells ringing. The reoccurring burden of subsidies on oil and gas cost KSA around USD 61 billion and nearly USD 10 billion for electricity and water. The 2014-2015 decline in oil prices is a deviation from historic episodes and perceived as an oversupply driven by unprecedented production levels from conventional and non-conventional producers including US shale. Reform agenda of KSA was the logical demand of the time and to soften economic austerity the social reform aspect with images of women driving alone was widely publicised.

The primary concern and socioeconomic challenge is the endemic youth unemployment as almost two-thirds of the Saudi population of 30.8 million are under the age of 30 as per official statistics. Economic realities goaded KSA into imposing Value Added Tax compelling a sizeable chunk of affluent western expatriates to opt for other havens as Singapore.

The bottom line is that in order for belt tightening on the domestic front KSA has to allow its citizenry to let off steam by adopting liberal measures and opening up opportunities for women to participate in public life. The Saudi women have the US Shale drillers to thank partially for their newly acquired liberation and freedom of movement and hopefully the momentum will be sustained as long as KSA remains dependent on oil revenues.

Consumers of oil worldwide including China with its voracious appetite for energy stand to be beneficiaries of the shale gas boom as petroleum prices will remain in the affordable range leading to enhanced industrialisation and economic growth with employment generation. The dilemma of KSA is that it has to curb production to artificially maintain oil prices otherwise its modernisation program will be in jeopardy while on the other hand buoyant oil prices encourage US shale producers to pump more and create a global oil glut. Saudi Arabia thus has limited room to manoeuvre.

The shale oil production cycle ebbs and flows albeit faster than conventional oil production and the KSA reform agenda may fluctuate accordingly. Unfortunately, for Pakistan, budgeted allocations of the Saudi finance ministry may not factor in off balance sheet financial commitments allocated to countries that opted to join Saudi Arabia’s military coalitions and campaigns in the Middle East. Pakistan should strategize and explore other avenues for its seasonal and unskilled workers in KSA and the Gulf countries in view of the growing trend for nationals replacing foreign workers. Pakistan cannot sustain the decades old practice of following petro dollars and it is about time that it developed a skilled workforce and established high value added service sector at home.

The writer has done his Bachelor of Science in Business and Management from the London School of Economics and is involved in research in the areas of finance and energy. Nadir Mumtaz has reviewed the article.