Feminism by definition is the advocacy of women's rights on the grounds of equality of the sexes. And by definition, equality means the state of being equal, especially in status, rights, or opportunities 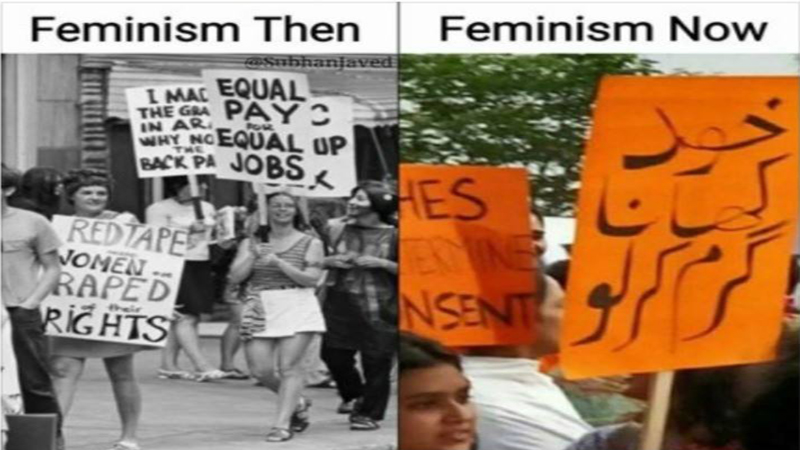 Gender equality is an issue on a significant rise these days. We hear the chant “Equality, Equality” from all sides, but while some women have a problem with the fact that people don’t understand the true meaning of the word “feminism”, some men are of the opinion that women voicing their concern for fundamental rights, especially on occasions that spanned the last month such as the Aurat March and much recent bike rallies are all in all, pseudo feminists. Let’s dig out the roots of this problem. Initially, woman started protesting for the rights of women living in rural areas or lesser developed areas where they did not have access to education; people there were occupied with institutions of early marriage, and then the problem of domestic violence followed on a large extent by their uneducated chauvinist husbands and families. Voices were raised against the feudal systems where women were raped, and acts like vanni and karo-kari were common.

Sadly, what we see now is more of a show with a bunch of senseless placards that do not serve the purpose.  One placard in the Aurat March that became the sore and focal point for men and women read, “Khana khud garam kar lo”. Some similar statements were observed in the bike rally like later. Slogans such as “Apni roti khud dalo”, “Mera jism meri marzi”, “Ye chaadar ye chardiwari gali sari lashon ko mubarik”, and “Kitni chaadrain kafi hongi?” showed that the whole race of men was targeted unanimously without any discrimination, thus providing a shelter to the real culprits. It’s like these Wonder Women were looking for a paradise of Amazons where they could live without men. One placard said, “Hum nay apko bohat bardasht kar liya”. The truth is ladies: What you’re asking for would be the most boring place on earth! I mean, even Diana had to open the shores of Themyscira to the men of this world.

Look at these ones now, “Ye chadar ye chardiwari gali sari lashon ko mubarik”, Kitni chadrain kafi hongi?” Targeting women who cover? What makes us think in the first place that a woman wearing a chaddar is oppressed? Well, it’s a matter of choice. When we talk about equality, every woman should have an equal right of choosing what to wear, whether a T-shirt paired with jeans, a chaddar, or even an abaya. The famous “Khana khud garam kar lo” is not even an issue. In a country like Pakistan where maids and house servants are still not hard to afford, unlike in other countries, two working individuals can easily keep a helper or house person who can make and serve hot food. If the concern is to address the situation where women are beaten for not serving ideal food, clearly telling such a man to “roti khud dalo” can only worsen the situation.

Let’s look at Priyanka Chopra who is famous for her feminist statements and is often called a strong woman. In an interview, she was quoted with the words, “She buys her own diamonds and doesn’t need a man for that. She further went on to say that the only reason she needs a guy is ‘for children’. Wow! That’s very mature and gutsy too!” Now, isn’t she hurting the sentiments of men? Imagine a man, either a very famous man or a common man saying that about a woman, that he doesn’t need a woman but only ‘for children’. I guess we would have an Aurat March rising from every corner of the city, saying that this certain individual has insulted women and their emotions. So what is it then, one thinks? Is it a gender bias or a game of power? Where is the equality now? Or does this mean that whoever has money and fame can claim they don’t need to be in a relationship? So the whole feminism thing is messed up by these insane statements after all?

What is the actual meaning of some of the important words in discussion here? “Equality” and “Feminism”. Feminism by definition is the advocacy of women’s rights on the grounds of equality of the sexes. And by definition, equality means the state of being equal, especially in status, rights, or opportunities. The synonyms of equality are fairness, justness, impartiality, and equitability. The word equitability that springs out from equity is the one that catches notable attention here. In Arabic, the word for equality is “adl” or “insaaf” and “Qistaas”. These are also used in the Quran. When Allah talks about financial distribution in inheritance, he uses the word adl or insaaf, but when Allah talks about relationships and family, the word that is used is Qistaas. Qistaas means equity (meaning balance). This is the linguistic brilliance of the Quran. Now, there is a difference between equality and equity. When we divide things ruthlessly and without emotions in equal proportions, regardless of age, sex, and gender as in some legal matters of property and while passing a verdict of murder, it is equality and justness. But when we create a balance, we compensate and complement each other as is required for the essence of humanity: it is equity. 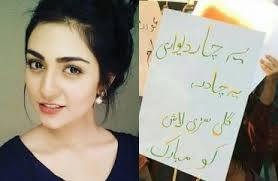 In the end, I think we need to fight against the problems prevalent in the structure and not ‘men’ in general. We need to know the difference between equality and equity. Men are born to complement each other. Whereas a woman is not born to be like a man, she is born to do everything a man can’t do. Women need to identify their strength, their uniqueness, and individuality. They need to work along with men and not against them to handle the oppressors. It is important to raise our voice against the women who face terrible situations every day, and thus voices should be raised against lack of equal opportunities, unequal pays, etc. Marches and rallies should be organised against harassment at work and in general. We should work against acts of domestic violence that sadly arise even by educated men and their families, early marriages, holding women responsible for giving birth to only daughters and not sons. We need to make people aware of these menaces and fight as one against them. Problems that women face are not only caused by men. We need to understand that.