PIA – the rise, fall and decline of a national flag-carrier

After the Partition, the airline shifted its base to Pakistan and established a vital link between Dhaka and Karachi. In 1955, Orient Airways was nationalised and merged with other airlines by the Government of Pakistan to form ‘Pakistan International Airlines' 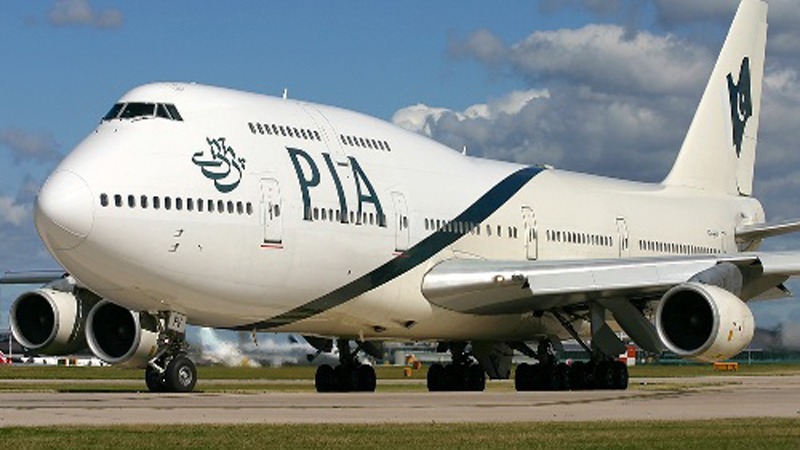 Pakistan International Airlines, commonly known as PIA, is the national flag-carrier of the Islamic Republic of Pakistan. PIA was founded on October 23rd, 1946 as Orient Airways – a local private-owned airline, based in Calcutta (now Kolkata) in British India.

Orient Airways was the first and the only pre-partition Muslim owned airline. Initial funding for the airline was provided by prominent businessmen Mirza Ahmad Ispahani, Adamjee Haji Dawood, and Arag Group. Mirza Ahmed Ispahani was appointed as its first chairman, who along with Air Vice Marshal O. K. Carter, obtained the operating license. The airline started its operations on June 4th, 1947. After the Partition, the airline shifted its base to Pakistan and established a vital link between Dhaka and Karachi. In 1955, Orient Airways was nationalised and merged with other airlines by the Government of Pakistan to form ‘Pakistan International Airlines.’

PIA, since its foundation, has brought many laurels in the field of aviation. It was the first Asian airline to fly Lockheed Super Constellation (an American propeller-driven and four-engine aircraft). It was the second Asian airline to acquire a Boeing-707, a jet aircraft. In addition to its splendid achievements, PIA also owns the historic Roosevelt Hotel in Manhattan, USA and Hotel Scribe in Paris. It might be interesting to note that the famous PIA slogan ‘Great People to Fly With’ was coined by the eminent poet, Faiz Ahmed Faiz.

The 1960s witnessed a remarkable commercial success for PIA when Air Marshal Noor Khan was appointed as its Managing Director. The airline introduced its first trans-Atlantic route, Karachi to New York via London in 1961 after it leased a Boeing-707 from Pan American Airlines. After the acquisition of Boeing, PIA became the second Asian airline to induct a jet aircraft in its fleet, second to Air India only. PIA was also the first non-communist airline to fly to the Peoples Republic of China. PIA started its operations for communist China in 1964 upon establishment of ties between the two countries a decade earlier.

PIA continued enjoying its days of glory in the 1970s, which were marked by its tremendous commercial success, introduction of new destinations, and second-consecutive term of Noor Khan as chief executive. It is interesting to note that PIA also rendered its services to the Pakistan army in the deteriorating political situation of, particularly, East Pakistan. Its planes were used to airlift ammunition and soldiers to the then East Pakistan. Noor Khan led PIA administration took another landmark initiative in 1974, when it started its international cargo services, offering cargo and air-freight services to different destinations. New uniforms were designed for PIA’s air hostesses in 1975, which were designed by Sir Hardy Amies, the designer of Queen Elizabeth Mary.

1970s was said to be the golden era for Pakistan International Airlines when it provided administrative and technical assistance to other airlines including Philippine Airlines and Air Malta. It also leased its aircrafts to foreign airlines. PIA also started providing hotel management services in UAE through one of its subsidiaries towards the end of the decade.

The addition of five new Boeing 737-300s in PIA’s fleet in 1985 made it the first Asian airline with such a diverse aircraft fleet – beating its close competitor, Air India.

In the mid-1980s, PIA helped to establish Emirates, a Dubai based airline, by leasing its two aircrafts to it. PIA also provided technical and administrative support to the Emirates’ staff in its academy. As of now, Emirates stands at the world’s fourth-largest airline, in terms of international passengers carried.

However, good old days were soon a thing of the past, and poor management decisions and introduction and launch of competitors in the airline business, amongst other things, were major reasons for PIA’s process of decline in the 1990s. Once amongst the top international lines, PIA has ended its Washington services since the 1990s, Houston since 2006, Chicago in 2012, while the New York service ended in 2017. Now, PIA is a national burden.

Competent administration and keeping up with the market needs and trends are two main factors which contribute towards any successful business – be it a private or public business. Pakistan has remained unfortunate in this regard, in the sense that it did not get competent and patriotic political leadership after 1980s, that would prefer national interests over personal. Appointment of incompetent cronies has been a major reason for PIA’s downfall. Since the 1990s, PIA has been continuously led by people who deliberately destructed its business for personal gains. Apparently, it is the strategy of the business-oriented ruling class to destroy or privatise the state institutions in order to promote the corporate sector. PIA, Pakistan Steel Mills, State Life Insurance Corporation of Pakistan and Utility Stores Corporation are to name but a few examples of state institutions whose businesses have been destructed resultantly from nepotism and incompetent administration. In the case of PIA, private airlines such as Air Blue, Shaheen Air, and Serene Air have benefitted from the downfall of PIA.

Pakistan Muslim League (N) government, which is inclined towards the privatization of the state institutions, in its wisdom, have made plans to put the national flag-carrier on sale. Recently, finance advisor Miftah Ismael has also announced that anybody buying the PIA will be given Pakistan Steel Mill free of cost. “Buy one, get one free”, it appears so. The government has finalized the plans to privatize the core business relating to management and flight schedule of the airline by April 15th.

Even though PIA is in its dire straits, not all is lost. Selling the airline, certainly, is not the last resort. Instead, an efficient restructuring will enable it to stand again. Privatization shall not do the needful in a third world country like Pakistan where the private sector is more corrupt and dishonest. Deterioration of an already worse-performing national asset is par for the course with privatization. Pakistan Telecommunication Authority Limited (PTCL) is an epitome of futile privatization. The need of the hour is that PIA should be given under the administration of an effective and dedicated technocrat who will be given a free hand in its workings, and no matter what, his work will not be politically interfered. Other than that, PIA should get rid of its load of unnecessary, politically-appointed and incompetent employees, which serves as another major reason for its monetary losses. PIA has the largest number of per flight crew amongst competitor airlines; this needs to be narrowed down to the necessary cabin crew only.

Last but not least, our political leadership needs to provide the highest level of sustained commitment towards its duties. They should put national interest above personal interests. They must take every step to safeguard the national interest, which is the only way to strengthen state institutions like the PIA and ultimately, the state itself.

The writer can be reached at mohammad.saad96@hotmail.com