We are blessed with many brothers. They come in different sizes, shapes, forms and statures. Among all, the Arabs are the elder brothers, but Saudi Arabia is the big brother. Not because it has a big pocket (every brother must have a big pocket), but becauseit is the custodian of Kaaba — the holiest place for the Muslims.

We try our best to act like an obedient little brother and follow in the footsteps of the big brother without using our mind. For example, everybody knows that in a civilised society, a state has nothing to do with religion. But to please the big brother, we have embraced Wahabism — unofficially — as the state’s religion. We are not concerned how much innocent blood is shed as a result of pursuing this policy. Houbara bustard (tilor) is an endangered species of birds. Instead of protecting it, we have unleashed the big and rest of the elder brothers on it. We call this ‘genocide’ an important pillar of our foreign policy.

We have countless examples like this that are a testimony to our loyalty and obedience, but only a few can be cited in a newspaper column.

One big brother (a cleric) Sheikh Bandar al-Khaibari declared those infidels who believed that sun was stationary. Another, Sheikh Salehal-Lohaidan, said that women who drive risk damaging their ovaries and producing children with clinical problems. Another, Sheikh Abdul Aziz al-Sheikh,allowed starving men to eat their spouses to save their own lives. The fourth one (not a cleric but a former diplomat at the Saudi Embassy in Washington DC), Sheikh Muhammad Al-Munajid, held household mice and their cartoon cousins like Mickey Mouse as ‘soldiers of Satan’, therefore, they must be killed. Another, Multaqa Ahlal-Hadeeth, declared emoticons haram because they spread obscenity. Women should not use them while communicating with a stranger. Another, Ossama Al Quosy,said it was absolutely okay for a man to take a quick look stealthily at his fiancée while she showers provided he would marry her. Another issued a fatwa against women watching football, claiming that they only follow the game to stare at men’s thighs. They don’t care who wins the match.

According to Rashad Hassan Khalil, the dean of Islamic law at Cairo University, unclothed sexual intercourse annuls the marriage. Dr Izzat Atiya, head of the Department of Hadith at Al-Azhar University in Egypt said the best way to stop sexual harassment or allow females to take off their veils and mix with the opposite sex without contradicting Islamic laws is to breastfeed male co-workers. They should be directly breastfed at least five times to create a maternal bond so they can work together, without having sexual urges for each other.

See how the big/elder brothers’ unmatched intellect has influenced our minds:Prof Mujahid Kamran, the vice chancellor of Punjab University and the author of ‘9/11 and the New World Order’,saysthe US and British governments are controlled by a ‘high cabal’ of banking families who seek to manipulate each of us by putting microchips in our brains, and they sponsor terrorist attacks in Pakistan. We must establish relations with the American people to defeat this high cabal! Instead of admiring him, a cleric of Jamat Islami, Fareed Piracha said that Mujahid was a playboy. Jealousy is an integral part of human nature!

Last month, we came across two icons of intellect. Moving a bill in the National Assembly last month, a female legislator Naeema Kishwar said that the lack of Arabic as a compulsory subject in the curriculum was the cause of terrorism in Pakistan! The new chief justice of Azad Jammu and Kashmir’s Supreme Court, Chaudhry Muhammad Ibrahim Zia said that he would give promotions to only those officers who would pray five times a day. He vowed to lead the prayers himself. Military dictator Ziaul Haq had also set up salat (prayers) committees that would goad people to mosques.

Last week, we discovered an island of wisdom, i.e. Punjab’s Higher Education Minister, Syed Raza Ali Gilani. He made hijab compulsory in the schools, colleges and universities of the province saying that it was his religious duty to do so and he would not impose this, but the followers would get five extra marks.

The minister should have been raised on shoulders and showered with rose petals like Mumtaz Qadri, but the public outcry made him renege upon his words. If he had stood by his words, he could have gone in the annals of the history as the big brother’s best protégé. 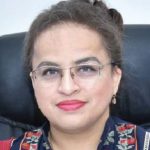 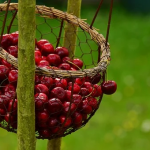 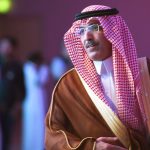