Only the wearer knows where the shoe pinches

Education crisis in developing countries cannot be fixed until the children of the elite are made to enroll in the same schools where ordinary citizens are educated.

Today, Pakistan is the largest recipient of the UK’s aid with most of the money spent on reforms in education sector. However, this amount of nearly $150 million is just two percent of the country’s education budget of $7.5 billion. This clearly shows, notwithstanding little foreign funding, that the state must exercise its wherewithal to mitigate the educational crisis in Pakistan.

Many developing countries are facing educational crises around the quality of teaching and enrolment levels in schools. Conventionally, foreign capital is justified owing to unavailability of education infrastructures such as classrooms, separate toilets for girls and boys, and electricity has been blamed for poor educational outcomes worldwide.

While this is necessary, we emphasise that poor educational governance is a key factor responsible for holding Pakistan back from achieving its desired educational outcomes in South Asia and meeting the 4th Sustainable Development Goal. In Pakistan, for example, educational planners tend to view the low enrolment and high drop-out rates as a supply-side issue around the availability of schools and the quality of curricula and infrastructure.

Amongst many reform initiatives, one straight step is to ensure removal of disconnect between the education choices available to the political elite and ordinary citizens. In almost all cases, the children of elected representatives and those of their close family members — particularly those living in rural areas where the education crisis is the worst — do not attend the schools in their constituency. On the one hand, the children of the political elite are enrolled in the top private schools in urban areas, linked to Cambridge system in many cases, or in foreign countries.

Meanwhile, the public schools in their constituency not only lack basic infrastructure such as proper building, furniture, clean water and toilets; but also teachers. But who cares, they are not affected.

In rare circumstances where the children of the political elite are enrolled in public schools, the situation improves. Whenever it happened, things changed for good.

Mansehra District Nazim, Syed Ghulam, District Nazim (equivalent to city Mayor in the UK), shared his experience of his own son who was not able to write his own name even after fifth grade in a public school. He spoke at a national conference organised by Alif Ailaan and Rural Support Programmes Network on September 19, last year, in Islamabad.

Hence, it motivated him to work on the quality education of children who are the future. When he became involved, he faced resistance from school administration and teachers but ultimately things improved
for good.

In some of the countries such as New Zealand, the residents are bound by law to enroll their children in the school located in their area. If parents are not satisfied with the quality of education in their local school, they must get involved to improve it or move house to another location.

This kind of restriction must be imposed on the political elite. If so happens, many of the educational governance issues such as teacher absenteeism, political interference in the appointment of ghost teachers and misappropriation in the funds for improvement of school infrastructure would be less often.

With a national literacy rate of 58 percent and 7.8 expected years of schooling, significantly less than its South Asian neighbours (Bangladesh, Bhutan, India, Sri Lanka, Nepal), the country faces huge differences in each province.

Punjab has a literacy rate of 61 percent, followed by Sindh (56 percent), Khyber Pakhtunkhwa (KPK) (53 percent) and Balochistan (43 percent). Gender disparity at the national level is apparent with the male literacy at 70 percent compared to 47 percent for their female counterparts.

The unjust distribution of resources on academic grounds is awfully inimical to the spirit of equal human rights, thus, generating a vicious circle of inequality leading the poor to become poorer and more helpless. In addition, it maintains a monarchy like dictatorial democratic structure where the poor can never break the shells of illiteracy, poverty and suppression solely due to being deprived of their right to education.

With such a state of crisis, radical initiatives must be taken to hold those accountable who are keen to hold public office. As it is said, “Only the wearer knows where the shoe pinches”, so it is irrevocably important to feel the pain of “have nots” and give them equal education rights in order to ensure inclusive economic growth and prosperity.

Abdur Rehman Cheema is a social scientist and development practitioner based in Islamabad. He can be reached at arehmancheema@gmail.com. He tweets @ARehmanCheema

Mehvish Riaz is Assistant Professor of English at the University of Engineering and Technology Lahore and a Fulbright Scholar. She can be reached at mehvishriaz@ymail.com 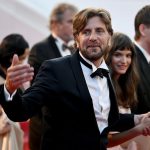 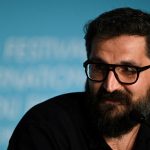 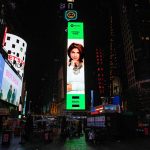 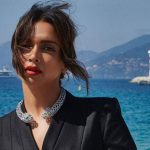 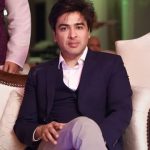