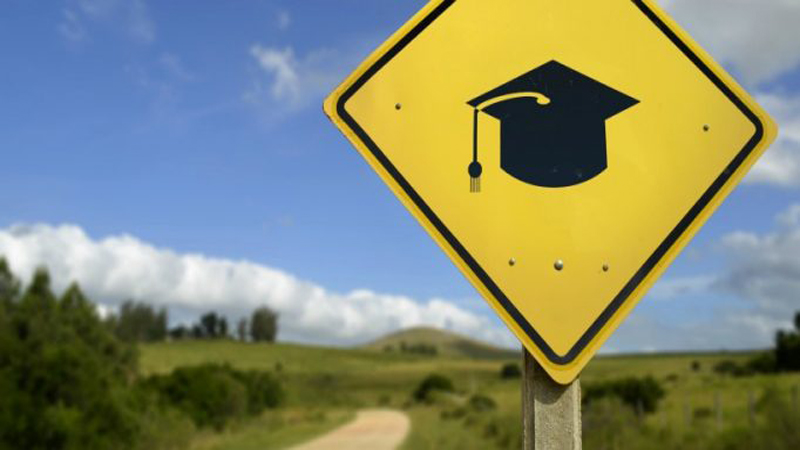 Dawn had yet to break that Monday morning. Asif, a student of F.Sc, was briskly walking to the Daud Khel Railway Station in Mianwali district, to board a train in order to get to his college in the neighbouring district.

He is a brilliant student who topped his class, and despite all odds, his poverty-stricken family decided to put him in college. But Asif, seems worried. His father gave him some money that morning, for his hostel dues and tuition fees, and this amount was rather insufficient to meet the expenses. He kept contemplating how to circumvent the unpleasant situation that he was about to face that day. Now, thinking faster than the quick steps he was taking to reach the station, his focus was to find out a strategy on how to avoid an embarrassment over the dues with the hostel superintendent. He was angry too. Why was it only him who had to go through the insult parade every other month while the rest of his hostel fellows enjoyed their comfortable stay? Later, while sitting on the train, he was vying for the ease of his urban classmates, who wouldn’t need to travel or live in a hostel for the sake of getting their education. They would have breakfast with their parents, come attend college, and then join their family back for lunch. He also continued cursing his fate as to why he couldn’t be like the rest of those who stayed with their family and didn’t have to pay hefty hostel accommodation expenses. But that was an uncomfortable reality that Asif had no choice but to get in terms with.

This is the story of a plenty of Asifs, from the rural areas, who face the same ordeal. Their predicament starts with the fact that they have been endowed with a brain that is passionate and hungry for knowledge, but the government can’t provide them with a reasonable academic institution in their area, where they can quench their insatiable thirst for higher learning. People living in major urban centers who sometimes complain about the quota system and at other times, clogged traffic, can simply and possibly not fathom the issues that people like Asif have to face for their need of a higher education. The cost of education that day-scholars bear is just a fraction of what students from far-flung areas have to pay, in the form of accommodation and meals expenses. And this is just a beginning. Life is not going to get any easier for them later. If they even excel in their education and get enrolled in a professional institution later onwards in their academic careers, these expenses will only quadruple. Students like Asif are still a few in number, who are the lucky ones that actually even get this opportunity. For the vast majority of rural students, their educational journey comes to a terminal halt, when they pass the level that their rural school offers. And then their entire existence gets validated when they attain some clerical position in a government department. That’s about it!

An immense amount of talent goes unharnessed. Could anyone imagine how diverse and fertile a human brain could be? Any boy or girl can be gifted with a brain that might show humanity a new breakthrough in technology or any other academic discipline. But how does one tell this when a fertile mind ends up in stereotype clerical jobs (if lucky at all)? We see many incidents where an intelligent but restless brain doesn’t fit the poverty engraved dye cast for it and commits suicide. A sheer waste of talent for the society and lifelong grief for the poor parents!

If we explore the undercurrents of this state of affairs, another important moving part is the politicisation of development work at the governmental and individual level. The ethos of politics is queer and competitive. And not surprisingly, the end of any political movement irrespective of how benign or docile it might sound is its underlying vibe of access to power. However, laws of power suggest that power has to be taken, not given. And when an individual gets on the power quest by means of active politics, his or her credentials, deeds as well as philanthropic work comes under the purview of tight scrutiny by political opponents. In matured democracies, a safe distance is kept, whereby some aspect of a political opponent remains immune to political bifurcation. These are the sort of projects which a public at large benefits from. Generally, in developed countries, the public is conscious of its rights and partisan-ism doesn’t let impede matters of public importance. This results in a society where there is an unwritten agreement between politically differing individuals and parties that agree while dealing with basic tasks related to society building and its welfare.

This brings us to philanthropic educational movements that are run by individuals and organisations. Pakistan, despite all its shortcomings that we keep hearing of every now and then, is still gifted with its sheer quota of philanthropy. And this share is generous. No doubt, these philanthropic initiatives cover all aspects of the society’s needs like education, health, legal aid, human rights, and much more. There are some shining examples of such illustrious work. And in a society where the system has deteriorated if not completely collapsed, the individual and non-governmental organisation’s role is further sought. One such task is an educational movement called ‘NAMAL Education Foundation’ in the Mianwali district of Punjab. This is an educational movement that was started by the chief of PTI, Imran Khan. This would enable students like Asif to get free higher and world-class education without a penny to spend. And hence, now dots can be connected with the ethos of political competitiveness in an otherwise genuine educational cause. Regardless of political affiliations, this movement is considered close to the heart by many and even those, who aren’t in agreement with the political lineage of PTI or Imran Khan (yours truly, included).

The significance of this movement is the potential uplift of those areas of Pakistan that have historically remained unfortunate to attract the state’s attention to higher education. Among many, Mianwali is one such example. This and the adjoining areas have historically been providing the manpower to the defense forces of Pakistan and remained a major tributary to the police services. But that’s all to it. Obviously, there are exceptions to this rule, but they are far and few. With the inception of NAMAL Knowledge City, the high school graduates of the far-flung area concerned have found a link to not only receive higher education in their own area but also stay globally accredited.

Perhaps, people from the urban areas may not fully appreciate the importance of such an institution in the rural areas, as in major urban centers they see many academic institutions that provide such access to distinguished Western universities. For a student, no matter how bright one gets, access to higher education is severely impeded by the ground realities as compared to a student from a major city, where all it requires is to achieve better grades and then join any institution of higher learning as a day-scholar. Rural students are not this lucky. For them, achieving higher grades is one thing, but it also requires them to be born to well-to-do parents, who can bear their educational as well as boarding expenses during the course of their academic career. These boarding expenses are the major impediment whereby parents decide to cut short the further education of these otherwise brilliant students.

Now, a little about the apparent ‘cast-away’ overseas Pakistanis. These are the folks who are commonly jeered in Pakistan as the ‘lesser’ Pakistanis, because they have chosen to leave their native country. Perhaps, there is some element of truth into it. Regardless, they consider themselves as true Pakistanis whose hearts remain in sync with the developments in their motherland, regardless of how one thinks about them. The idea of this piece comes directly from a group of friends who hold a fund-raiser every year to contribute their significant share to the NAMAL College, because by living abroad, they see world realities a little bit more closely than those who haven’t experienced it. And education seems to be the most basic and fundamental difference among others. Hence, they try to play their part.

It is wished that there could be more educational movements like NAMAL so brilliant students like Asif could hold their head-high, learn, and earn their status in the world. It is an implicit process that when Asif grows, Pakistan grows – a classic win-win.

The writer can be reached at ba_khan@yahoo.com