Reflections on Islamophobia in the US

People everywhere seem to be focusing on what makes them different and better from other groups, leading to political conflicts, violence, hatred and discrimination 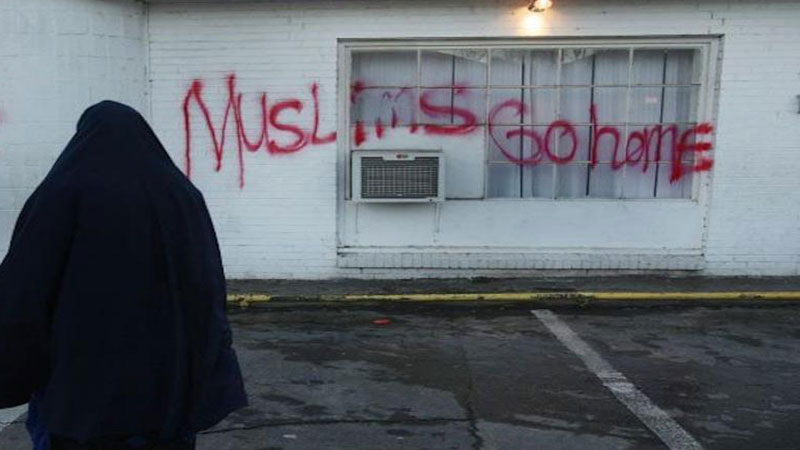 Islamophobia has arguably increased in the US over the last one year after Donald Trump became the President. Actions and propaganda emanating from the White House, notably the Muslim ban targeting citizens of seven Muslim-majority countries, have fed into anxiety about Islam, the religion, and its followers, the Muslims. Bigotry against Muslims in the West has specific discursive and political context: the stereotypical portrayal of Muslim-majority Middle East in the Western popular culture, which Edward Said studied and exposed. More recently, the US-led wars in the Middle East and Afghanistan have not helped the mistrust between Muslims and Americans.

The phenomenon of ‘otherisation’ of immigrants is very old in the American society. Its most recent victims may be Muslims and Latinos, but it can be traced back to the 19th century when Irish Catholic immigrants were negatively portrayed in the public discourse. The demonisation and otherisation of Muslims are not very different from what Irish Catholics have had to go through in 19th and 20th centuries, or for that matter, how Jews were discriminated against. The genocide of native American tribes and the apartheid against African-Americans, which continues to this day in some form despite all the progress, are different subjects altogether.

The latest incident that highlights the extent of Islamophobic radicalisation in some segments of the American society happened in Arizona a few days ago. Two women took their children and their dog to a mosque to vandalise the Muslim place of worship, hurling dehumanising abuses against the community. In another more shocking incident, an Iranian-American Shayan Mezroei, 22, was stabbed to death by a white supremacist in California in September 2015 after the killer came to know that Shayan was from Iran. Many such incidents were reported in the media in the wake of 9/11.

While hearing such stories of Islamophobic attacks, one may get the impression that Americans are hostile towards Muslims. That may be true in some cases, and one cannot discount the negative experiences of minorities, whether they are Muslims, Latinos and African-Americans, who still feel marginalised and discriminated against. However, my experience in America has been very positive so far.

I moved to the US a few months ago — this is my fourth trip to the country since 2011 — to reunite with my wife who is a graduate student in Central Pennsylvania. My wife tells me that she has experienced nothing but hospitality, love and kindness of ordinary Americans since she moved here. My own interactions have proven that American society is generally open towards ‘outsiders’ like myself.

We live in a time of divisive politics along the socially constructed fault lines of religion, ethnicity, nationality and gender

Through an initiative that connects Americans with international students, my wife met Janet Heckathorne, a white American woman from rural Pennsylvania. While she stands out because of her warm personality and kindness, Janet is a typical American in many ways. Healthy, active and still working at the ripe age of 74, Janet’s universe revolves around her family, Church and her community of friends who are from different backgrounds. She previously worked as a school teacher; and after her retirement from that job, she helps her local church. When Janet came to know that I had arrived, she organised a breakfast for me, inviting her American friends and introducing me to them. She gave me a present of travel books about the US, encouraging me to explore the country. She drove me around the city.

Janet describes herself as a conservative Baptist Christian, who grew up in a small town in rural Pennsylvania. We hear stories of her childhood and her community from Janet and try to learn about the American society. She talks a lot about Mr Bill, her husband, who passed away in 2008. Mr Bill and Janet were married for 44 years. Janet always compliments Pakistani culture, which gives importance to family. As a traditional American, the family is central to her life.

Through Janet, we are also meeting other ‘traditional Americans’. Last week, Janet drove us to Philadelphia to show us some historical monuments such as the Independence Hall where the Declaration of Independence and the American Constitution were debated and ratified. She told us that her friends BJ and his wife Robyn would be hosting us. I was a bit reluctant and nervous about imposing the responsibility of hosting us on people who have never even met us before.

However, as soon as we entered the home of our hosts, they put us at ease with their simplicity, warmth and easy-going manners. After our introduction and brief conversations, our host Robyn showed us her house. The living room and kitchen were on the ground floor, whereas three bedrooms were in the attic. Robyn and BJ vacated their master bedroom for my wife and myself, moving to the bedroom of their children who were sent to their grandparent’s home for the night. This extraordinary hospitality of the American family deeply moved me.

We spent two days in Philly, and throughout this time BJ drove us around the city to show us places. Robyn joined us as much as she could. We became good friends in those two days. The whole experience made us wonder about the stereotype of an American we had in mind growing up in Pakistan: an individualistic and rational person always bent upon maximising profits. Hospitality and putting oneself in discomfort for guests and strangers are only the attributes of good traditional Pakistanis; we would have been told in Pakistan.

We live in a time of divisive politics along the socially constructed fault lines of religion, ethnicity, nationality and gender. People everywhere seem to be focusing on what makes them different and better from other groups, leading to political conflicts, violence, hatred and discrimination. But there are still people who transcend narrow consciousness of their inherited identities to embrace the “other”, discovering their own humanity and of the “other” in the process.

The writer is a social development sector consultant and an independent researcher; E-mail: imrankm05@gmail.com