Will 2018 be London property’s final year of uncertainty for Arab investors? 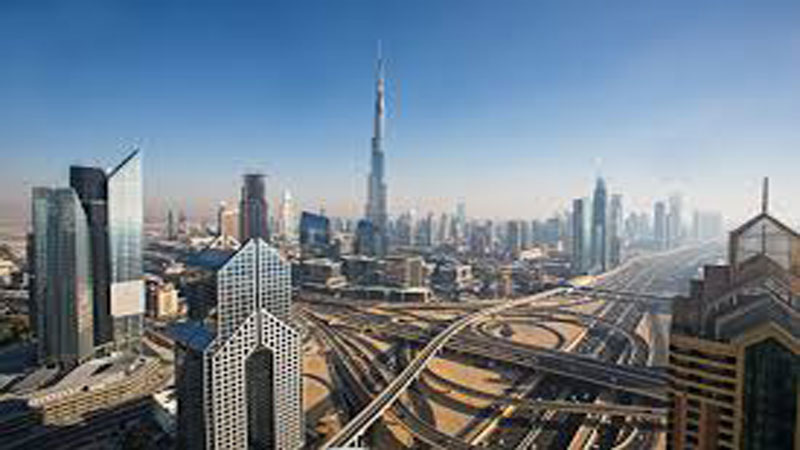 Almost two years after the surprise Brexit referendum result, the property market in London continues to feel the aftershocks of one of a defining moment in British history.

However, both the residential and commercial property markets in the British capital were showing signs of slowing down long before the date for the EU referendum was announced.

Unfettered growth since the Great Recession of 2008 meant that markets had enjoyed virtually unchecked growth for almost a decade, with residential and commercial rents and values in Central London soaring to new record highs.

Alongside Brexit, issues around affordability, the suitability of supply being delivered and aging infra- structure have added to the complications in the city’s residential market. The fundamental supply-demand mismatch remains a glaring issue for the city’s planners, who estimate that in order to keep pace with population growth, 100,000 new homes are needed each year.

At present, however, about half that number is being delivered. While this may suggest that the potential for a sharp rebound in the market’s performance may be around the corner, the majority of stock being delivered – particularly in the city’s golden postcodes in prime Central London – remains unaffordable to average Londoners.

Average prime Central London residential values are close to £2.9 million, 22 times the average income in the boroughs of Westminster and Kensington & Chelsea, and nearly 85 times the median income of inner London residents.

While the factors compounding growth in the mar- ket are more complex than ever before, the residential market can no longer be viewed through a myopic lens. The performance of values is clearly still influenced by location, although geographic loyalty has been superseded by affordability challenges in many parts of the city.

Property type and price band are now far more critical in trying to guess future investment performance. What is clear is that the top end of the market has suffered sharper falls than £1 million properties. Unsurprisingly, in areas such as Belgravia and Kensington, which have high concentrations of luxury homes, values have fallen by an average of nearly 12 percent since the Brexit referendum, compared to a 6 percent drop for prime Central London as a whole.

Developers are often faced with a high-stakes numbers game when it comes to property development in the British capital. Exorbitant land values, tight planning rules around housing density and infrastructure operating at or near full capacity often means that high-end property is the only plausible way to ensure the financial viability of a development. But with the softening in demand for high-end homes, developers are increasingly wary of pushing ahead with new developments. And so it is perhaps unsurprising that plan

For those invested in the market, the single biggest factor helping to prevent a much sharper Brexit- induced correction has been the lack of motivated sellers. Clearly, opportunities still exist for investors vying for a piece of London real estate.

Sterling weakness, combined with a softening in prices, have created some deals that have been too tempting to resist for many, but this loyal cohort of international investors has not been enough to compensate for slackening domestic demand. Still, with newly completed homes in vogue for tenants, rental yields of around 5 percent means new build property is still a good investment for buy-to-let investors, but they come with the caveat of slower, or lower rates of capital value appreciation than period homes, which remain highly sought-after by British buyers and in finite supply.

On the office front, the city’s investment market has seen a strong turnaround, with investment volumes rising 45 percent last year to £14 billion. About 80 percent of the activity was a result of international investment from Asia, the Middle East and the US.

That said, for some international investors, the allure of prestige assets in Central London remains a key motivator behind purchases. There are, however, signs to suggest that some traditional die-hard Central London investors are also stepping into the UK’s other regions in search of better returns. Meanwhile other commercial asset classes, such as industrials, are quickly becoming a hot favorite, especially as returns last year ended above 20 percent across the UK as a whole for sheds.

In contrast to their international counterparts, UK investors have continued to demonstrate a strong preference for regions outside London, driven by the search for higher income returns. Domestic investors remain cautious and risk averse, with inflation- proofed assets a strong favorite. Furthermore, at 4 percent capital growth and 7.5 percent total returns in the 12 months to December 2017, Central London Offices have underperformed the IPD UK Monthly Property Index – MSCI, and this trend is likely to continue.

Despite this, and although there is a perception that Central London offices are fully – even possibly over – priced, by both occupiers and domestic investors, London remains a resilient city, attracting high volumes of overseas capital.

Employment growth will be influenced by GDP growth during 2018 and Brexit divorce proceedings, which, in turn, will affect rental values. That said, to date there is no evidence from recruitment agencies to suggest a current, or planned exodus, of finance and banking professionals from the City.

We expect London’s office market to continue to evolve and adapt, with increased levels of flexible working for instance, likely to fuel demand for shorter leases. Furthermore, the opening of Crossrail later this year will benefit markets directly in its path. Assuming these current market trends continue, rents and capital values are likely to continue softening during 2018.