Amidst this chaos, it is very necessary to look back in retrospect and skim through the pages of history to understand whether Nawaz Sharif is really worried for the people or for himself only

It seems Nawaz Sharif’s frustration over his disqualification is not going to be placated anytime sooner.

He has been lashing out at the apex court, urging the institution to ‘respect vote’. Injured with SC’s sword, the ousted premier now claims to be the man of an ideology.

But amidst this chaos, it is necessary to look back in retrospect and skim through the pages of history to understand whether Nawaz Sharif is worried for the people or for himself.

History reveals that the people of Pakistan remained deprived of their vote casting right for a long time after partition. In other words, the process of government formation without the will of the majority continued for major part of history after independence.

The intense mass resistance against General Ayub and General Yayah’s dictatorial regimes made possible to introduce ‘one man one vote system’ in the country. It was none other but Zulifkar Ali Bhutto who led this mass resistance and the masses rightly awarded him title Quaid-e-Awam.

Interestingly Sharif family seems nowhere in sight, neither near nor far, during that movement. In fact, they appeared on the horizon of politics in 1977 when the judicial murder of Quaid e Awam was perpetrated by General Zia. As a matter of fact, Sharif family held grudge against Zulifkar Ali Bhutto due to social justice policy which divested Sharif family of their factory.

The loss in business led them to bow down before a dictator who feels no qualm to desecrate the sanctity of vote and the voters. Sharif family got a return of their factory and treasury ministry in dictatorial regime in lieu of their disservice to the nation. 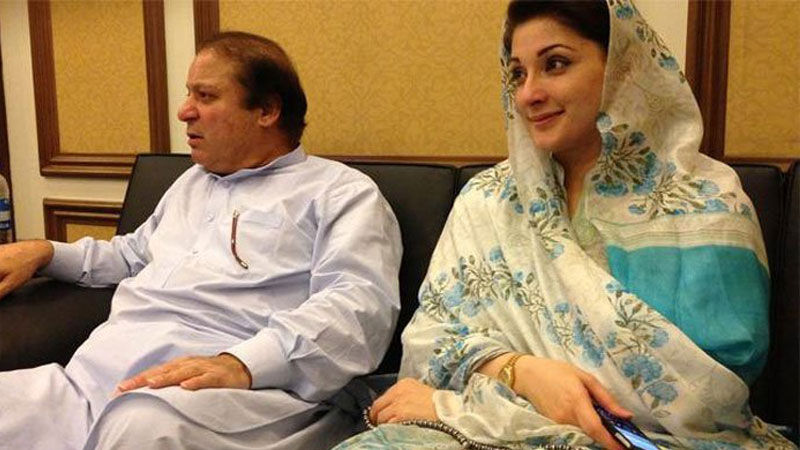 The real purpose behind non-party based election 1985 was none other but the elimination of ideology based politics from the country. For this purpose, they fashioned an approach based on capitalism, ethnicity and provincialism. Mian Nawaz Sharif, the treasury minister of Punjab being his master’s voice polluted the national politics with the slogan of ‘Jaag Punjabi Jaag’.

Dictator Zia was out to support Mr Nawaz Sharif on every occasion and made him Chief Minister of Punjab. Strangely enough, dictator Zia turned against its own handpicked government and dissolved the puppet assembly in 1988. At that time, Mian Nawaz Sharif decided to side with a dictator instead of Mr Muhammad Khan Junejo. The dictatorial regime ended with the ‘exploding mangoes’ in the air and Mian Nawaz Sharif emerged as the ideological heir of a dictator. Mr Nawaz Sharif pledged to fulfil the General Zia’s mission while offering prayer to the dictator’s grave. It reminds us that General Zia had prayed for the longer life of Mian Nawaz Sharif. It proves that both are the sides of the same coin.

In 1988, the masses voted in favour of PPP and brought it in the government. Mohtarma Benazir Bhutto became the first Lady Prime Minister in Islamic world. At this Mian Nawaz Sharif who trumpet the sanctity of vote today went against the people’s mandate and launched Changa Manga Operation. In this way, he fashioned and flourished horse trading culture in national politics. Mian Nawaz Sharif succeeded in becoming Chief Minister Punjab with the help of invisible forces. He became a wind-up toy in the hands of invisible people and invaded Islamabad against the government of an elected Prime Minister. The recordings of his abusive language against the then lady prime minister is still available. He addressed public meeting and ended up his speech with the slogan: Mard-e-Momin Mard-e-Haq, Ziaul Haq, Ziaul Haq. He received funds from Osama Bin Laden to dethrone Lady Prime Minister’s government through vote of no confidence. Mian Nawaz Sharif used money as weapon for horse trading but licked the dust. He could dethrone Benazir Bhutto’s regime through infamous 8th amendment — introduced by General Zia. In this way, he once again sided with the people who desecrated the sanctity of vote.

Mian Nawaz Sharif became the central character in the worst play staged to defeat PPP in general elections. A government agency distributed money to buy loyalties of the politicians against PPP led by Benazir Bhutto. All the wind-up political toys including Mian Nawaz Sharif greased their palms having no qualms.

Asghar Khan Case is the evidence that Mian Nawaz Sharif became the Prime Minister by trampling down the will of people forcibly. However, his fickle mindedness led him to clash with his own patron, and both lost their status quo in the war on power and authority. In 1993, the people once again showed confidence in Benazir Bhutto and made her Prime Minister. Mian Nawaz Sharif was prepared to disdain the will of the people and started Tehreek-e-Nijat against Benazir Bhutto. He used every undemocratic method to dissolve a legitimate democratic government and succeeded in his worst doing.

Mian Nawaz Sharif became Prime Minister with so called heavy mandate and crossed all the limits this time.

He decided to become Amirul Momineen, disgraced the parliament and made it his puppet, arranged an attack on Supreme Court, victimised Asif Zardari and other leader through Saifur Rehman and got decisions against Benazir Bhutto and Zardari through judges like Malik Qayyum. His unnecessary tussle paved the way for another martial law.

Mian Nawaz now claimant of champion of democracy could not bear imprisonment after some months. Instead of struggling against dictatorship, Mian Sahab alongwith Sharif family sought apology from the dictator and left Pakistan for Sarwar palace, Saudi Arabia. At that time Benazir Bhutto decided to be back at home and resist against the militants. Under the umbrella of Benazir Bhutto’s return, Mian Nawaz Sharif thought to exploit the situation for his own return. The armed people of all kinds were united against Benazir Bhutto. They constituted a plan and assassinated the paragon of democracy on 27 December 2007.

The chain of four provinces was broken mercilessly. However, Asif Ali Zardari came forward to support the falling flag and raised the slogan: Pakistan Khuppey (Long Live Pakistan). Bilawal Bhutto declared that democracy is the best revenge instead of boycotting the election. Once again, the people restored the democratic right of the people through ballot. Asif Ali Zardari ousted the dictator and became president while Yousaf Raza Gillani held the premiership. The sanctity of ballot was restored once again.

This time Mian Nawaz Sharif changed his strategy and attacked the democracy in the name of judiciary and cooked up plan to restore Iftikhar Chaudhry in an egoistic manner. Iftikhar Ch after restoration gave severe blows to democracy. Backed by invisible forces, Mian Nawaz Sharif wore black coat and attended court just to get the democratic president dethroned.

He continued his efforts and got the elected prime minister punished by Supreme Court and contemptuously said, “This is not the society of beasts that we might not obey Supreme Court’s decision.” He continued to meet invisible people in the hush of dark nights. Despite all, the democratic government completed its term. Iftikhar Ch tried to settle the score in election 2013 through ROs. Soaked with heavy mandate, Mian Sahab broke all his previous records of arrogance.

However, dharnas shattered his arrogance and he once again started talking about importance of parliament. During his years in power, he did not give importance to parliament and took dictatorial decisions in internal, external and financial affairs while bypassing the parliament. Sharif family took decisions in matters relating to government instead of cabinet. Peoples Party played its part in Meesaq-e-jamhoriat while PMLN put it on backburner.

They attacked the autonomy of provinces and targeted political rivals in the name of accountability. The journey of arrogance and contempt was continued when the Panama and Iqama matters made headlines. At first, they distributed sweets after Supreme Court’s decision but after disqualification they started trumpeting the sanctity of ballot.

Honestly speaking, Mian Sahab himself disgraced the sanctity of vote more than any other one in the history of Pakistan. It is impossible to curtain these sins perpetrated against the vote and the voters. Keeping in view all the above said, how can a person believe that Mian Sahab has become a man with an ideology. One apprehends that the sole purpose of all the so-called political activity by Sharif family is nothing but the restoration of their dynastic rule in the country.