Creativity has no national, racial or religious boundaries: Shahzia Sikander 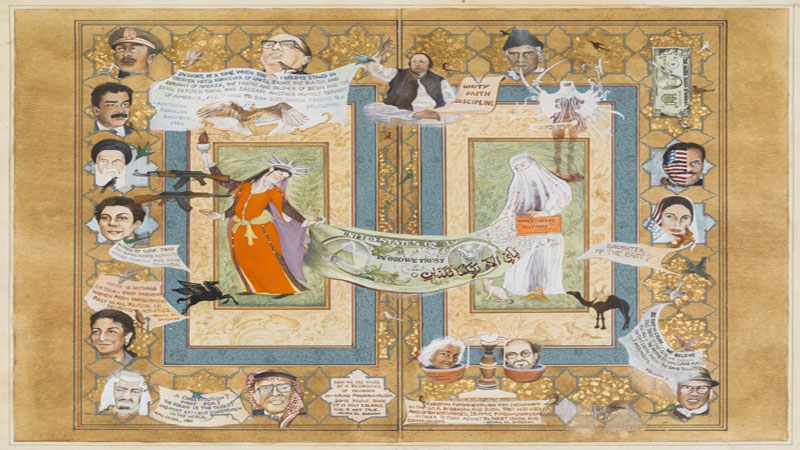 Artist Shahzia Sikander is the first Pakistani-American to be inducted in the National Portrait Gallery Smithsonian (2017) and the first Pakistani to win the inaugural US National Medal of Art in 2012. She received Tamgha-e-Imtiaz for her pioneering contribution to field of Miniature Painting in 2005.  In 2006, she was appointed Young Global World Leader by the World Economic Forum and also received the Mac Arthur Genius Award in 2006. Sikander has served on the jury for the Aga Khan Award for Architecture and is on the Mayoral Advisory Commission on City Art, Monuments, and Markers in New York City.

The artist began the traditional practice of miniature painting during President Zia-ul-Haq’s military regime, at a time when the medium was deeply unpopular among young artists. Sikander earned a Bachelors of Arts (BFA) degree in 1991 from the National College of Arts (NCA) in Lahore, where she received rigorous training from master miniaturist Bashir Ahmad. She became the first woman to teach in the Miniature Painting Department at NCA, alongside Ahmad, and was the first artist from the department to challenge the medium’s technical and aesthetic framework.

Recently on International Women’s Day, ‘My Next Guest Needs no Introduction’, a popular talk show on Netflix hosted by David Lettermen, featured Nobel laureate Malala Yousafzai. For the show, the portraits of both Malala and Lettermen were designed by Shahzia and were used by the social media team of the show for its promotion 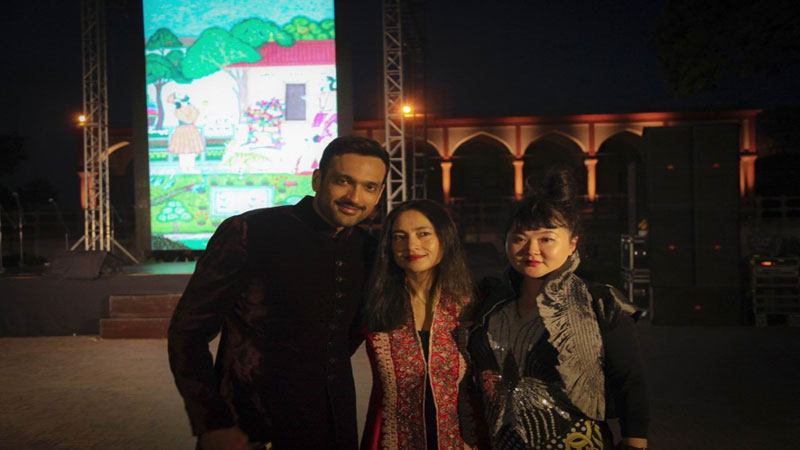 Shahzia is currently in Pakistan to attend Lahore Biennale Festival. For the opening of the biennale, Sikander’s work titled ‘Disruption as Rapture’ was performed live. The music for the animation was composed by Pulitzer-winning Chinese composer Du Yun and lyrics were by singer Ali Sethi. The work included a variation created especially for Lahore with the Christian girls choir and the young children of the musicians of Old  Lahore.

Daily Times got in touch with the artist to know more about her work and her activities in Lahore.

Talking about her journey as an artist, Shahzia said she came to art from a background in Mathematics which allowed her to engage miniature painting from an internal deconstruction than an external effect.  “As a young woman, growing up in Pakistan in the 1980s, under the dictatorial regime of Zia-ul-Haq’s, I gravitated towards humanities and found myself seeking the creative and intellectual communities in the city. There were many mentors at National College of Arts but one even before NCA  was the late artist Lala Rukh, who was the founding member of Women Action Forum (WAF).  Being a part of the WAF gave me substantial insight into women’s rights and issues and broader grasp on the intersections of community and art

Recently on International Women’s Day, ‘My Next Guest Needs no Introduction’, a popular talk show on Netflix hosted by David Lettermen, featured Nobel laureate Malala Yousafzai. For the show, the portraits of both Malala and Lettermen were designed by Shahzia and they were used by the social media team of the show for promotions.

Speaking about the portraits, Shahiza told Daily Times that portraiture in visual arts interfaces pop culture throughout history. “Malala represent tremendous spirit and courage. She is synonymous to children’s education and the its dire situation for so many across the world. She carries her purpose with humility, dignity and maturity which is empowering and inspiring. It was a delight for me to create her portrait and for it to mark the International Women’s Day as a means to highlight women advocacy, gender parity and action.” 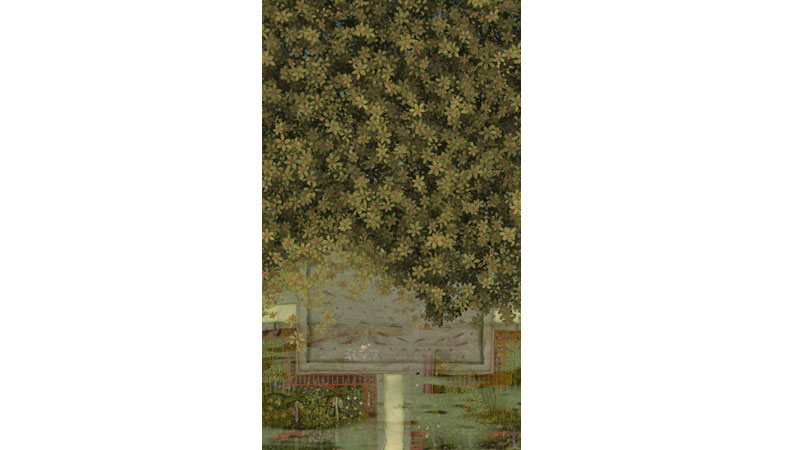 Using art as a tool against inequality

Shahzia further said that art can be used as a tool to highlight inequality. “Art has been a deeply personal vehicle for me to confront the uncertainties, hierarchies, misrepresentations and the expunged. Women and children often are the invisible voices. My work is also informed by South Asian, American, feminist and Muslim perspectives, employing both writing and visual arts to interrogate ideas of language, trade and empire, and migration.”

In response to a question about the usage of art as a means to shape narratives, Shahzia said histories can sometimes be distorted to suit political ideologies. “When one thinks in terms of narratives, and how history, including art history is determined, it is clear that all histories are about redaction. Imagination, thus, is very much about taking ownership of the narrative. This is why art remains a fundamentally political stance. There is an artist in each and everyone of us. The human journey is of strife and struggle for the truth.” She added that Ghalib best describes the work of an artist as a job that is never done, in the following words.

“The embellishment of the ravishing is never to be done, Inside the seclusion of the veil, the mirror lives constantly”

Further talking about the importance of imagination in arts, Shahzia says she believes in thinking of imagination as a soaring and empowering space that is free from constraints, and ties all of us together in the pursuit of truth. “Creativity has no national, racial or religious boundaries. It is the power of imagination that fosters new frontiers.”

Shahzia says imagination should be thought of as a soaring and empowering space that is free from constraints, and ties all of us together in the pursuit of truth 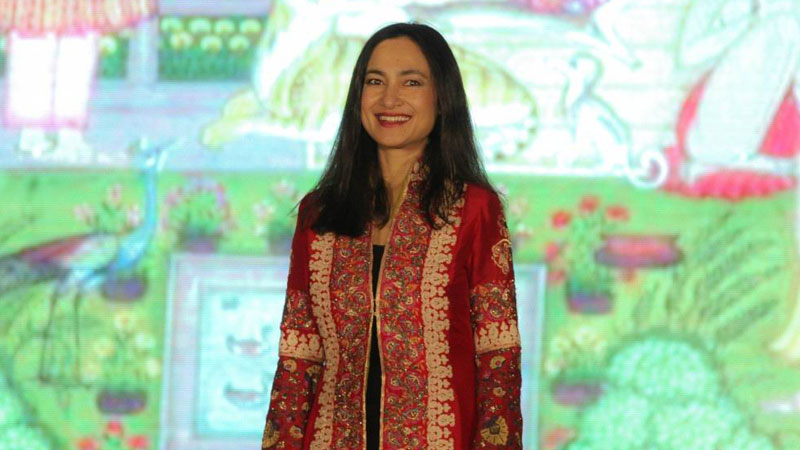 Shahzia’s work titled ‘Disruption as Rapture’ which won the People’s Choice Award in the Karachi Art Biennale is on view at the Summer Palace in the Lahore Fort. It is also showing outdoors on SMD screens at 24 X 16 feet in the front garden of Alhamra between 5:00 PM and 11:00 PM till March 31st. Sponsored by the Aga Khan Museum in Toronto and Restart Branding Solutions in Lahore, the large scale public art work will be accessible to a greater audience outside of the art world.

The manuscript  ‘Gulshan-e Ishq’, inspired by the poem of same name, was written in 1657 by Nusrati, court poet to Sultan Ali Adil Shah II of Bijapur. The poem is also written in Deccani Urdu, the language of the Muslim elite in South-Central India, a North Indian love story recast as a Sufi tale for an Islamic court.

Shahzia says that the poet recounts this tale of connection, separation, longing, and the final union of lovers by creating a world full of lush gardens and magical beings, where the love story emerges as a metaphor for a soul’s search for, and connection with, the divine. “The collaborative spirit of the work is reflected in the multiplicity of aural and visual languages. Ali Sethi’s arduous training with classical music lends the type of precision and spontaneity to the piece that can come about only with a deep grasp of knowledge of classical music. His response in ragas to the audio-visual stimuli according to him was ‘a melodic instinct’ that he had developed after years of training with a maestro in Pakistan.”

Talking about the process of locating one’s relationship to tradition, Shahzia said it is not about ‘copying’ or ‘appropriating’ but how to inherently move the tradition forward into the future.

“What is originality? What is creativity? What is imagination? How does one create something anew? These are ideas I am always thinking about as an artist in how to understand and engage Miniature painting for it to speak to the world.” 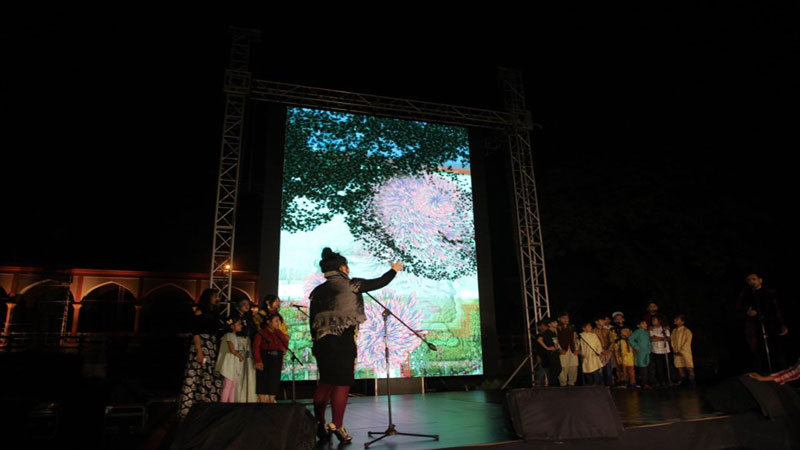 When asked how art can be made a part of the solution to the ongoing political crises around the world, Shahzia said, “With the crisis around migration, religion and nationalism, art can confront hierarchies and the expunged of today through intellectual freedom, knowledge and imagination. Art can highlight and foster ways to counter socially and politically oppressive climate.”

Shahzia is of the opinion that art is not just about making objects, but about problem solving and thinking about solutions.

In response to a question, the artist said introducing creative and critical thinking in school curricula is very important because it helps children enjoy what they are taught.”This week I spoke about the creative process to 500 Lahore Grammar School (LGS)  students at Paragon. It was electric.  Youth today is well entrenched with their knowledge of the world and understands the importance of an interdisciplinary approach to learning.” 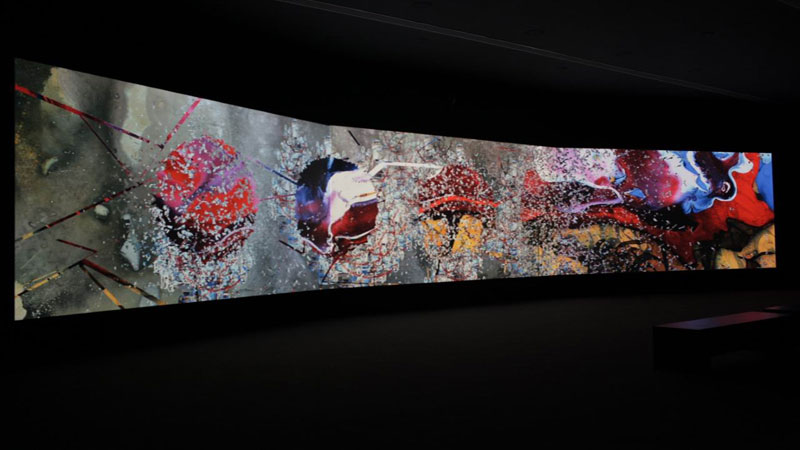 ‘Many faces of Islam’

Shahzia shared how a piece she made almost 20 years ago regained attention after Donald Trump’s election as the US President. “In 1999,  the New York Times magazine asked me to imagine a topic that could be a turning point in the next century for their ‘Imagining the Millenium’ issue.  My response was the interface of American foreign policy in Islamic countries to become the polarising and defining moment.  I made this work almost 20 years ago and the painting was reviewed again in 2017 in press as being incredibly prescient. The painting takes on many aspects, power, war, money, commodities, beliefs, censorship through many players and shape shifters. There is wit, irony and critique to challenge entrenched patriarchal and fixed historical representations. I used the language of illuminated manuscript to engage pop culture and history.”