A fast and feasible infrastructure option 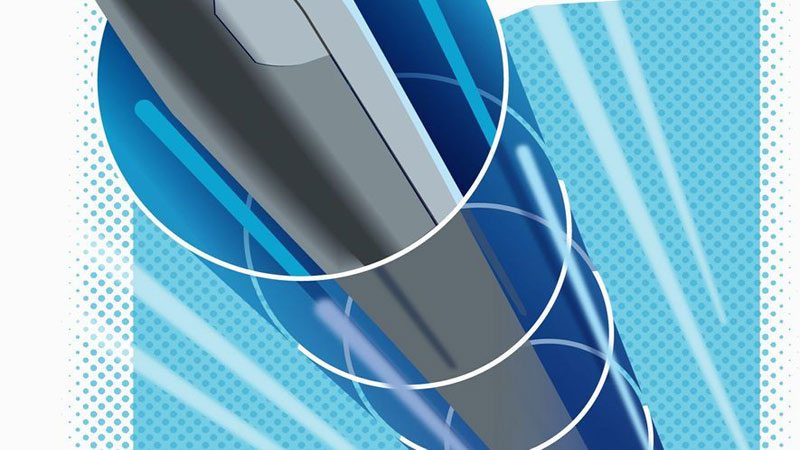 Hyperloop is a new transportation technology that proposes sending cargo and passengers through evacuated tubes at speeds exceeding 700 mph. Unsurprisingly, this idea has provoked its share of skepticism. Hyperloop won’t be perfect on Day One, but neither were airlines. They took time to evolve.

In spite of setbacks, airlines eventually managed to foster public and private support. Now, air travel is an accepted part of our modern lives. But it wasn’t always smooth. For the longest time, an airline ticket meant you’d be inhaling secondhand smoke while twiddling your thumbs.

At one point, it was possible to stretch and view the designated TV screen for each cabin section, but frequently, the headphone sockets weren’t compatible with standard plugs. Today, airlines can stream entertainment content directly to passenger gadgets, such as tablets and phones.

Similarly, airline safety has radically improved. Flight is currently the safest form of transport, with the lowest fatality rate per distance traveled. There were no commercial passenger jet fatalities in 2017. This could be partly attributed to 2011 rules introduced by the FAA aimed at mitigating pilot fatigue. The terrorist attacks of Sept. 11, 2001, were a safety anomaly, temporarily disrupting all markets. This triggered significant national security and traveler screening measures, and ultimately improved safety and security.

Despite these noteworthy advances, many still suffer from a fear of flying. If fears were informed by statistical probabilities, people would be more scared of saturated fats, drunk drivers and lightning.

For cues on hyperloop’s future, look at the history of airlines. It’s impressive that we now have the ability to whisk people around the globe, at accessible price points. A flight between New York City and Los Angeles is only $300. And the airline business is doing well. Southwest, JetBlue and Alaska Airlines benefited from President Trump’s tax reform legislation and announced employee bonuses.

All of this is even more impressive when you consider that the Wright brothers started off with a primitive biplane, made out of spruce wood, sealed with canvas paint and rigged with bicycle spoke wire.

Innovation sometimes seems to appear overnight, but it’s usually the result of determined incremental development. Hyperloop will be no exception.

As a bold new form of transportation, hyperloop is vulnerable to terrorist attacks and failures. But significant investment capital has already been poured into private hyperloop companies. A catastrophe at an early stage could impede the reputation of the new technology. Hyperloop’s developers know this and will need to proactively design security measures into engineering systems.

Given the 21st century threat environment, including terrorism, natural disasters and cyber disruptions, tube transportation offers a unique contribution due to its potential for speed, freight mobility and reliability. In the hands of a peaceful superpower, it can have a transformative impact by offering economic stability – the sine qua non of national security. This would be accomplished through the rapid transport of goods and services to market and an enhanced ability to move resources to crisis locations.

Knowing that nefarious actors have a fixation on transportation systems (for their shock impact), hyperloop will be designed with engineering redundancies from the start, anticipating the need to withstand that operating environment. In this case, intermodal imagination is a strategic advantage because it offers the ability to move people, medical supplies and sensitive material to key locations in minutes versus hours, and hours versus days; thereby sustaining local economies in the face of natural or man-made disasters.

These are also planning factors for the federal interagency to consider in developing and executing policies in the 2018 Trump Infrastructure Plan. The emerging National Security Strategy, Nuclear Posture Review and National Defense Strategy are all seeking ways to modernize aging systems and ensure a strategic advantage in the face of increased complexity and uncertainty.

Airlines had a century to evolve, but hyperloop will be intensely judged on Day One. However, its potential benefits are real. For example, NASA research indicates that hyperloop would have a drastically reduced carbon footprint compared to air travel because the vehicle would operate more efficiently and cleanly.

As engineers, researchers and designers experiment with feasible infrastructure options, our cities are rapidly growing. Highways, waterways and runways are congested, and commuters and shipping companies are frustrated. Infrastructure isn’t keeping up with these demanding economic and transportation pressures. Innovative solutions such as hyperloop are essential.