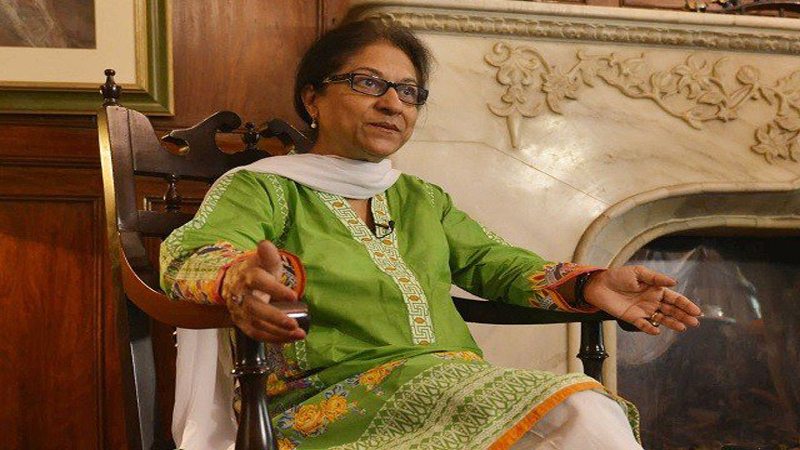 LAHORE: Recalling the struggles, contributions and issues being faced by Pakistani women including late prime minister Benazir Bhutto, late lawyer and activist Asma Jahangir and many others, the International Women’s Day was observed on Thursday.

A number of rallies, seminars, exhibitions, walks and cake cutting ceremonies were organised by political parties, civil societies, educational institutions and human rights activists in the provincial metropolis. On Wednesday, the first Women Development Policy was launched by the government, where a ceremony was held at Aiwan-e-Iqbal under the aegis of Women Development Department. The ceremony was attended by Provincial Ministers Dr Ayesha Ghaus Pasha, Begum Zakia Shahnawaz and Begum Hameedaud Din along with members of national and provincial assemblies, representatives of health and education departments, police, NGOs, girl guides and media. Speaker said that the steps taken by the Punjab government from 2012 until today for the protection and welfare of the womenfolk have no similitude in the 70 years’ history of the country. Due to it, the women of Punjab have the necessary confidence and courage to compete with other women in the world. The basis of this confidence is the legislation which has strengthened the multifarious role of Pakistani women and as a result, she cannot be deprived of her rights like inheritance, economic empowerment and the fundamental rights of health and education. Along with it, a most conducive atmosphere has been arranged for women in every field so that she could play her role with full confidence and courage. However, there is a need to further sensitise the women community about its rights so that she could confidently counter any unjust move in the society.

Dr Ayesha Ghaus Pasha shed light on different projects and initiatives of the government and said that the government performed for women empowerment by ensuring their equitable access to health, education and other sectors. Until now, as much as 130,028 deserving women have been given educational stipends worth Rs 6.5 billion.

A total of 450,000 girl students are being given monthly stipends for education in different less-developed areas under the Zewar-e-Taleem Programme. Similarly, 90 new girls colleges have been established by the government from 2012 until today and free transport facility has also been provided to the students in most of the girls colleges. She further said that the government has arranged 326 ambulances for meeting the needs of pregnant women across the province.

“A total of 836,200 deserving women have been given interest-free loans under the Chief Minister’s Self-Employment Scheme. It is important to note that more than 65 amendments have been introduced in different laws and regulations to provide prompt legal protection to the women in the society. The government is also working to establish separate information desks for women in police stations of 36 districts and in addition to it, violence against women centres are being established to give a strong legal support to the women in need,” Dr Ayesha said. She stressed upon girls to turn towards skills-based education as well for strengthening the national economy.

Lahore College for Women University (LCWU), while marking the International Women’s Day has promoted 24 women non gazetted employees to the next scale. To elaborate women’s status in the society, a mime performance was also held. LCWU Vice Chancellor Professor Dr Uzma Qureshi said that in the past, only a small number of women were allowed to attain higher education but now the trend has entirely changed.

“Women should know their rights and must practice them in order to progress,” she urged. “Islam and also our Constitution has given equal rights to women so no discrimination is made on the basis of gender,” she said.

The Lahore Museum also paid tribute to women by holding an exhibition at the Pakistan Movement Gallery. More than 120 pictures with captions were displayed from different sections of society including show business, politics, judiciary and others.