A person who scrutinises an argument or conclusion before accepting it, can survive in this modern world

French philosopher Voltaire said: “No problem can withstand the assault of sustained thinking”. Thinking, reasoning, arguing and brainstorming help one in reaching sound conclusions. Questioning the trite, insipid and old-fashioned practices is the quintessence of critical thinking. Ours is a society unfortunately mired in religious, social and cultural conservatism.

Die-hardism against progressive and innovative mindset took birth with the onset of Jihadi culture and cold war syndrome during the early 1980s. Both America and her allies in Gulf and elsewhere had abetted Jihadists. Hillary Clinton, the former Secretary of State of the US in a statement once candidly admitted that America had promoted the Jihadis in the past to fight the Soviet Union. In fact, young minds were nurtured in seminaries where ‘rote learning’, devoid of critical thinking, was encouraged.

The conservative stuff produced in seminaries had effectively thwarted the spread of influence of the ‘communism’ but at the heavy cost of social vibrancy and critical thinking. By and large, the practice of ‘rote learning’ is still on. Over a period of time, the mindset born is biased and prejudiced promoting tunnel vision. This is the grey-area. Religious bigotry with certain contours is now believed being politically exploited out of our physical borders. Seminary maintains trans-border nexus. And there is no benignity in this metamorphosis.

Parrot-fashion learning whether in a seminary or a school does not stir the faculty of a student to raise questions and bring forth reason to evaluate things. Critical thinking starts with a culture of promoting intellectual curiosity and inquisitiveness. We have hordes of issues starting from a system of governance, administration, our physical surroundings and other day to day affairs with direct bearing on shaping society. Study of this broad spectrum of issues requires objective analysis and evaluation.

There had been the culture of ‘study circles’ popular amongst the university students where participants would debate certain moot question(s) and everyone around there used to remain receptive to each others’ opinion. Experiences gained from society at large and excerpts of books by thinkers of any hue were used to be shared and discussed. Topics of varied interest used to come under discussion. Such study circles were more popular with left-leaning students. These participative debates stand almost atrophied now.

People had faced stiff resistance who questioned the flawed reason in any system governing different facets of the life of human being. In ancient times, sages of the time were imprisoned and punished for their intellectual instincts and ideas they held. People whom status quo favours do not like tinkering with it.  Intellectually guided reason and argument open to healthy criticism subsequently find their ultimate worth, though. When things don’t respond to never stopping ‘evolution’, there is a need to study the entire range of governance system critically. The aim should never be to belittle any given system but to improve it to respond to ever-evolving needs of human life. There is no bar even in Islam to critically evaluate and think over the surroundings to find out and harness the latent aspects of nature. This is the reason that the spirit of research and evaluation is emphasised in Holy Quran. Any system of governance or administrative aspect not dovetailing with what is good for humans and flora fauna in the universe needs to be critically studied. 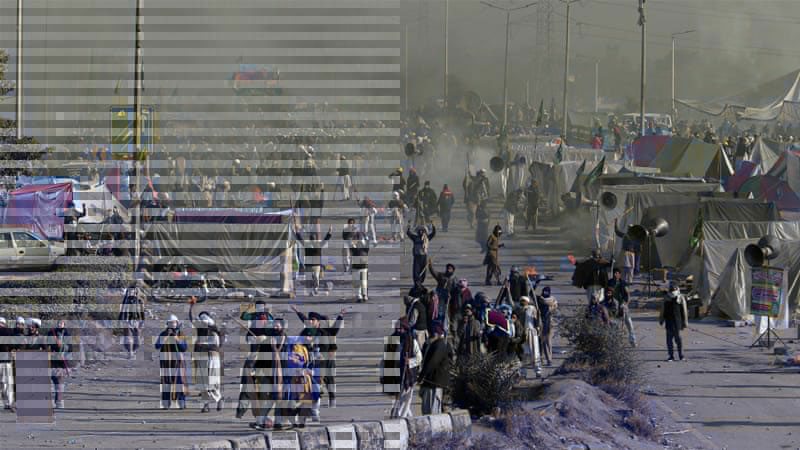 We don’t have a critical society here. Instead, our basic schooling also focuses on the routine rut and oft-repeated clichés without substance. And those involving themselves in questioning age-old set patterns of thinking are dubbed strange or someone misfit in the social milieu. For example, department of philosophy in our educational institutions is not attached the required importance due to the fact that it does not have pecuniary market value. Refined and polished mind with a distinct opinion about the things around is best suited to further a brilliant mindset in society.

A person exercising his reasoned judgement before accepting some argument or conclusions stands the best fit in this modern day world. Wise and healthy curiosity prompts one to learn more and make sound deductions. In human society, everyone is a thinker or philosopher provided such faculties are to prosper in some conducive environment. There is no intellectual crisis in Pakistani society, but the certain hackneyed mindset is inhibitive to logical reasoning. The creative mind is discouraged because it promotes thoughts jeopardising the outmoded views and practices serving the narrow interests of people opposed to progressive mindset. Dialogues, discussions, and debates are the bits one can try to steer out of the ad nauseam seen on our television screens. Views of academicians, professors, doctorates, and people working in think-tanks are hardly given the importance.

Pakistan is yet to become a rich market of intellectual ideas and enlightened mindset as the excessive religiosity has been proliferating in the country since long initially under the state patronage with the consent of the America and West for obvious reasons.

The country has nonetheless made great strides to discourage the religious hatred but what is required now is to promote critical thinking and reasoning to challenge the banal and clichéd ideas. The Republic of Letters, eighteenth-century experience in which philosophers and thinkers kept exchanging the new ideas and opinions among themselves during the age of enlightenment had an outstanding contribution to the spread of the message. There is need to practice what had been done by ‘The Republic of Letters’

Present day bookstores have large catalogues related to security, wars, weapons etc. The catalogue of public libraries is no different across the country. The question is: why titles on the critical thinking are not there? The problem is that the clientele for books in the fields noted above is high. We have had enough sanguinary battles in the country with the colossal loss of human lives in the wake of the war on terror. Issues sucking the sap of society need critical thinking. Be these sectarian, communal, racial, ethnic, lingual or of any hue the door to reasoned argument must remain open. We need to overcome our inabilities impeding the promotion of a culture of ‘collective debate’.

The Writer is a freelance contributor. He blogs at https://malibaloch.wordpress.com/ and can be reached on twitter @M_Abaloch