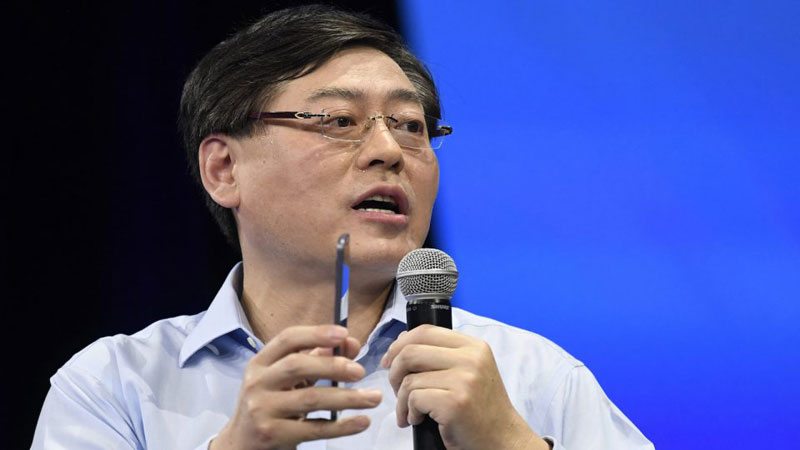 Yang Yuanqing does not look like your typical “techie.” He tends to wear sober, charcoal-colored suits, blue shirts and soft pastel-shaded ties. In appearance, he resembles a Wall Street banker rather than the head of China’s leading global brand – PC and smartphone colossus Lenovo Group.

Conservative would neatly describe his demeanor, but not his personality, as he battles to turn around a company which lost US$289 million in the fourth quarter of 2017.

“We remain committed to making this business profitable,” Yang, who is the chairman and the CEO at Lenovo, said during a teleconference call last month. “I said in July I would [quit] if I didn’t meet those goals. I don’t want to step down … I am confident we can achieve that.”

Still, the figures were horrible and follow last year’s downward trend with the company struggling in the smartphone sector after being squeezed by rivals and higher component prices.

Indeed, this shift has overshadowed an improving picture in the group’s data center and PC divisions.

“They just need to figure out their messaging,” said Anand Srinivasan, an analyst at Bloomberg Intelligence. “I don’t know what Lenovo stands for from a phone perspective. I would characterize mobile as mixed.”

For Yang, the answer is “artificial intelligence”, or AI, after helping to build Lenovo into one of the world’s largest PC manufacturers before masterminding the acquisitions of Motorola and IBM’s Intel-based server business in 2014.

Last summer, the company announced plans to invest at least $1.2 billion in AI research and development during the next four years. “We will be a leader in AI technology,” Yang promised. “The AI we have developed is more significant than AlphaGo [referring to the Google system].”

It is the sort of bold statement you would expect from the 53-year-old, who started off at the group’s parent company, Legend Holdings Corporation, as a salesman in 1989 and worked his way up the ladder.

Known for his tough and detailed-orientated approach, he grew up in a poor household during the 1970s even though his parents were surgeons. This was a period in China’s history when doctors were paid the same salaries as manual laborers.

“At age 8, he cooked meals over a coal fire for himself and two younger siblings on the balcony of a housing project [in Hefei, the largest city in Anhui province], where the family lived in a cramped apartment,” BusinessWeek reported. “Yang’s only toy was a bag of marbles; if he wanted to play ball, he had to scrunch up a cast-off cigarette packet.”

Hardship as a child turned him into a stellar student and he came away with an undergraduate degree in computer science from Shanghai Jiaotong University in 1986 before graduating with a master’s from the University of Science and Technology of China in 1988.

By 2011, he was the chairman and CEO of Lenovo with a simple, but effective, philosophy.

“Our first priority has always been to provide the highest-quality, innovative products to our customers,” Yang, who has a personal fortune of around $1.2 billion in Forbes Rich List, recalled. “That will always remain our goal.”

Under his stewardship, Lenovo has grown into a juggernaut of a group, with 52,000 employees, data from Statistic, the statistics online portal, showed, and a market capitalization of $6 billion. The company also operates in more than 60 countries and sells its products worldwide after listing on the Hong Kong Stock Exchange in 1994.

But the heartbeat of the operation is in Beijing and the small North Carolina town of Morrisville, the company’s United States headquarters and one of three AI-focused “innovation centers.”

This cosmopolitan approach has made Lenovo China’s most-recognizable brand worldwide, according to a survey released last month, and compiled by Google, global advertising giant WPP and Kantar Millward Brown, the British multinational market research firm. Yet behind the organization’s slick image lurk cold, hard numbers and a balance sheet with swaths of red ink.

“Turning around the business is still our goal, but we probably need more quarters to deliver that result,” he told the media. “We are working on that, we believe sooner or later it will make a profit. Profitability will be a key priority for this business.” With anxious investors waiting in the wings, it will also be “key” to his survival in the boardroom among the other sober suits.