The new US national defence strategy

On January 19,  2018, the US Secretary of Defence James Mattis unveiled the unclassified synopsis of the classified 2018 National Defence Strategy (NDS) during his speech at John Hopkins University, School of Advanced International Studies. The defence secretary firmly asserted that “the central challenge to US prosperity and security is the re-emergence of long-term strategic competition by what the National Security Strategy classifies as revisionist powers”.

The speech marks a drastic shift in the US defence policy from a terrorism centric approach to a more realpolitik focus where revisionist China and Russia have replaced violent extremism as the primary concerns for American strategic community.

The strategy fails to offer an innovative strategic vision to America’s defence policy structure. It can be best described as merely an amalgamation of different policies which had been previously undertaken. When I was reading it, my mind started to gaze in the past. It made me recall the red lines of Monroe doctrine, the propaganda era of WW-II, where Henry A. Wallace’s ‘free world’ concept was propagated with full fervour, containment canon of Truman doctrine, and similar vibes were long before echoed in the phrase “Axis of Evil” by Bush doctrine.

The new power constellation once again is pushing the US towards the actual rules of geopolitics and is exerting Kennet Waltz’ structural pressure over American policymakers, which was hardly envisioned a decade earlier

The aftermath of 9/11 transformed the US geopolitical thinking, pushing George W. Bush administration to abruptly channelise all elements of power to punish the culprits responsible for 9/11. America embarked upon a crusade, and lethal propaganda force was embroiled to depict Islamic fundamentalism as the hideous threat to the global peace. The terrorist attacks hit not only the American power icons, twin towers and the Pentagon, but also policy thinking and as a consequence, for following 16 years, the foundation of the American foreign policy had been hovering around the terrorism paradigm.

The amplified monster, terrorism paradigm, was peculiar for US policymaking circle and to engineer America’s traditional foreign-cum-defence structure was an overwhelming undertaking for cold war veterans. The defence priorities and enmity poles swung from Moscow and Beijing towards stateless al-Qaeda overnight. Americans set out to hunt an enemy without having proper geography and public appearances.

The ghost became atop security threat to American national security. President George W. Bush led rhetoric of terrorism being the top threat to the US national security and subsequent overblown depiction of al-Qaeda largely hijacked the centuries-old traditions of the anti-communist and anti-authoritarian posture of American foreign policy. However, resurging China and Russia gave way to the new power structure in short span of 16 years. The new power constellation once again is pushing the US towards actual rules of geopolitics and is exerting Kennet Waltz’ structural pressure over American policymakers, which was hardly envisioned a decade earlier. American free will has been challenged and forced to be constraint by new geopolitical realities. 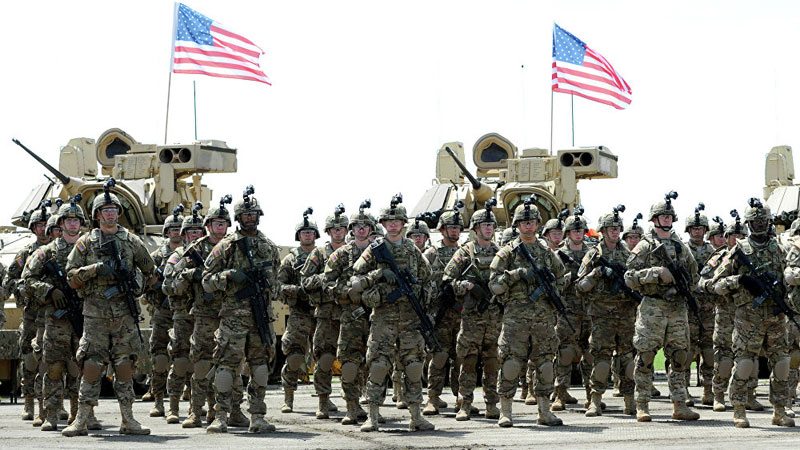 After the American invasion of Afghanistan and Iraq, sundry hardcore realists who were once spearheading American foreign policy during the cold war, sternly reprimanded George W. Bush defined hierarchy of foreign policy choices. Among these critics, Dr Zbigniew Brzezinski, Jimmy Carter’s National Security Advisor, on several forums and in writings termed Afghan and Iraq invasions as misdiagnosed adventures that would precipitate the US-led unipolar world. Was Zbigniew Brzezinski right about Bush’s misdiagnosed adventures and its subsequent results on American status in global power structure?

To understand Brzezinski’s prophesy, AFK Organski provides a more suitable lens for analysis of power transition process, the contest between the global hegemon and potential challenger(s) and their respective alliance systems. In the late 1950s, Organski in a book entitled ‘world politics,’ attempted to highlight the intensity of conflict in the international system by distinguishing between dominant power (currently America) and potential challengers (Russia and China). Both dominant and potential powers remain in a perpetual quest to maintain the status quo and to upset the international order, respectively.

Organski visualises the international system as a pyramid. In this power pyramid, as one moves down from the top, the number of states increases downwards. At apex rung, the most powerful state and its alliance partner resides (dominant nations) — the one which has total ingredients of national power in true sense. On the second rung of hierarchy reside the great powers; these states also have massive resources, but at a time one on one cannot match the dominant state(s). And as the ranking goes down according to power capabilities, least powerful states are placed downward.

Today, the global power structure is observing the power influx. Amid the unstoppable power influx, the global hegemon, America, has been continuously striving to remain on the dominant position in first place and secondly struggling for controlled power transition in different regions which ultimately put its close allies on the bargaining position in opposition to potential challengers or in James Mattis words revisionist and rogue states.

Organski presses that the power of a nation cannot increase unless it wins a war or makes new alliances. Interestingly, alliances have certain prerequisites for their emergence and then for long-term sustenance. These certain essentials could be the shared fear of different states, ideological convergence, economic interests and balancing the enemy strength. When America broke the yoke of isolationism at the beginning of the 20th century, Europe and America had a common enemy in shape of Kaiser Wilhelm II and Ottoman Empire. In WW-II, once again imperial Japan and Hitler’s Germany threat not only tied the US-Europe in the alliance but also USSR bandwagon.

As we just started to live in the multipolar structure, one should not forget that alliance system and military build-up have been the hallmark of this structure. Both power competitors are enduring for long-term and efficient alliance systems and military modernisation. In Mattis’ defence paper, America is losing a competitive edge in all areas of competition, presses acceleration of modernisation programmes, and pledges additional resources to outwit the competitors. In this game of thrones, China is also focusing on modernisation of its forces in different areas of competition, emphasising on ‘active defence posture’, a greater Chinese naval presence farther from the People’s Republic’s shores and its commitment to building partnerships in different forms with all countries of Asia-Pacific region, Arab and African world, and regional organisations. The marathon of military modernisation and alliance system for balancing purposes are not only limited to great powers but the trickle down and domino effects are being extended to smaller nations of their respective blocs.