Women not only dominate the academic scene in numbers, but even more so when it comes to grades

I had a brilliant female student who got a DAAD scholarship to do her PhD in Germany. However, her parents would not let her leave unmarried. She was ‘married off’ to a man who was neither brilliant nor well educated. When I saw her in Germany, she had become a mother. She used to get up in the morning and prepare breakfast for her son, husband and herself, feed her son and then go to her department.

She would then return at lunch time, prepare lunch for all of them, feed her son and then go back to the department. She would then return home and prepare dinner for all, feed her son and then retire for the night. She never performed at the PhD as she should have. Why did she have to do all this? You see, she had to be a housewife as well as a PhD student. Her husband was a total freeloader.

Why should he not have been a good ‘house-husband’, instead of her being a good house-wife? That is the myth of our culture. Another brilliant student was not being allowed to study for her MPhil. After her MSc. and I had to intercede with her parents to let her continue. She did brilliantly in her MPhil. and then got a 99 percentile in the GRE, leading to a full scholarship for a PhD at MIT. Her parents would not let her go.

Again, I had to intercede. This time they agreed only on condition that she got married. Fortunately, there was another student of mine who was interested in her and she was able to go abroad after marrying him. Parity demands that when the wife is the competent provider, the husband manages the home, just as when a man is the competent provider the woman manages the home. If they are both competent workers, they jointly take care of the home.

Why is Pakistan going backwards academically? Because we have created a distortion of our society as a result of the illogical gender roles encouraged by our culture

The myths I have mentioned in the previously published portion of this article are pernicious myths that we perpetuate ourselves. The purpose is to keep females out of protected male jobs. We have a closed shop for the males that will be broken if these myths are exploded. But since everybody conspires, including the very females we say are being victimised, why object?

Why not let the working system continue? The reason is that this system is not working. It worked in a society where the entire educational system participated in it. Females were restricted to ‘female type studies’ like Home Economics. With the changes in the studying demography of males and females, a serious distortion has arisen, which I would like to explain. (Of course, there are other fields whose demography should also be discussed, but that would take us beyond the scope of this article.)

Bear in mind that women not only dominate the scene in numbers, but even more so in grades. How come? Are women inherently more intelligent than men? Do they have a natural bent for mathematics that is missing in their counterparts with a Y-chromosome? The earlier myth that women cannot grasp the abstractions of mathematics as well as males was unbelievable, and so is the converse. It was the culture perpetuating the earlier myth and it is culture causing the new myth.

We have introduced a distortion by segregating genders. Since women are required to take care of the home, teachers in female institutions in big towns teach as well as they can at the institution (because they are competing in the jobs) and then go home and take care of the home. Teachers in male institutions, on the other hand, provide ‘teasers’ in the institution, so that their students will come to them at tuition centres for essential cramming that will provide high marks in major examinations. As such, girls are taught by explanation and the men by rote. 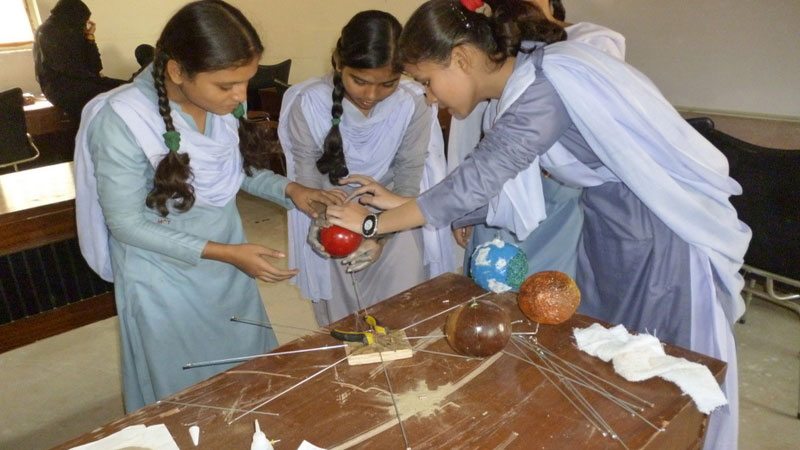 This culture further encourages ma young men to go loafing, failing which they will be called nerds, mama’s boys, uncle, and so on. There is enormous peer pressure on men to avoid appearing to study. As such, the vicious circle is complete. Young men and boys will only learn at the tuition centres. On the other hand, girls and women go straight home from school and help their mother with the household work and study. Given the choice, they prefer to use the study to get away from the chores. Again, the vicious circle is complete.

If the girls go loafing they are ‘fast’ and ‘forward’; if the boys study they are sissies and ‘namby-pambies’. Thus, during schooling, girls are developed far ahead of their male counterparts and dominate the academic scene all the way. Then they are siphoned off to be married and later incarcerated in female institutions. Consequently, the crème de la crème is removed from the job market at the universities and the system of hiring incompetents there is perpetuated. The effect is seen in the data above.

As mentioned above, the demography in other subjects should also be studied. There are prevailing perceptions, but they may be as misleading as the myths I have discussed. It is said that the Humanities and the Arts have more female students and faculty. However, my impression is that in History and Philosophy, the faculty is dominated by men.

It could well be that the Arts and Literature are viewed in the same way as Home Economics is viewed and Humanities are male dominated. Again, the common perception is that the best male students go into Business and Engineering and that could be part of the cause of the distortion. Without the data, the common perceptions may be misleading.

We cannot afford this downward spiral produced by segregation of men and women and meant to create a protected job market for incompetent men. We cannot afford the myths of the article on Females in Science that I referred to in Part I, which further compound the distortion in development.

If effective, it will lead to more or the most competent females coming into these fields and then all the efforts of the teachers taken off and dumped into female institutions. We cannot afford the cultural myth of a male-female asymmetry in going for jobs or getting married. Why is Pakistan going backwards academically? Because we have created a distortion of our society as a result of the illogical gender roles encouraged by our culture.

Something must be changed. Either we revert to the old ways of keeping women away from natural sciences and mathematics so that we do not produce incompetent males and waste our time on competent but non-productive females; or we revert to the pre-Ziaul Haq era of reducing segregation of men and women in education so that they are taught equally well (or badly taught); or we move with the times and give up these redundant gender roles.