Hardening schools? How about nation states?

If the solution to gun violence is to give guns in the hands of those deemed to be sane and responsible, then the solution to North Korean nukes really would be to arm South Korea or Japan with nukes

The Florida shooting is one more addition to an endless list of tragedies caused due to a deliberate misinterpretation of the second amendment rights enshrined in the US Constitution.

President Trump came up with the solution that ‘10 to 20 percent’ of the teaching staff should be armed to prevent such massacres in the future. He said, “I don’t want teachers to have guns, I want certain highly adept people, people that understand weaponry, guns — if they really have that aptitude.”

Trump also suggests that teachers should be trained in weaponry who will receive ‘a little bit of a bonus’. Americans, especially the white males love their guns and know very well how to use them. Some of them have arsenals at home. They need not be trained. Just like when the CIA loaded weapons on the backs of donkeys, destined for the Mujahideen in Afghanistan during the war against the Soviet Union, the local Afghan Pashtun men didn’t need much training because they were quite adept in gun usage since it is considered a sign of manhood and bravery in the Pashtun culture. 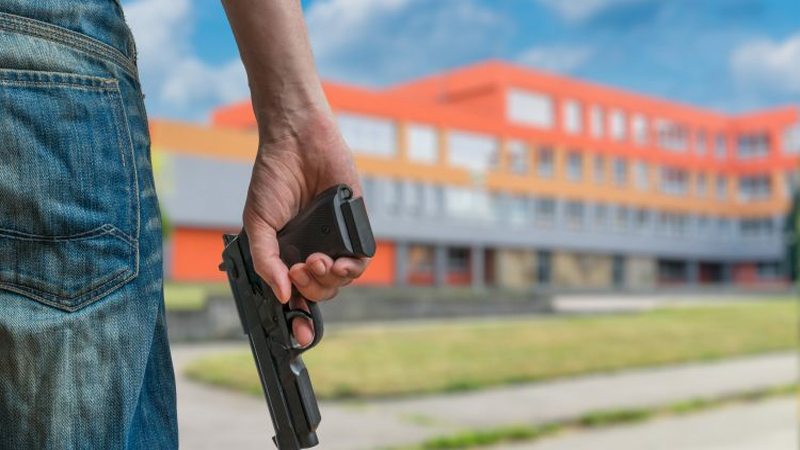 Remember what happened to Soviet Union in Afghanistan when the Afghan men were told to use their favourite toy on their enemy with the ‘bonus’ of expelling the occupying nation and achieving freedom. Now imagine the carnage when American gun lovers are told to use their favourite toy on a potential shooter with “a little bit of a bonus”. Even if we assume that no misjudgement will occur on part of the teachers despite the presence of many disgruntled students, the incentive to use their weapon will lead to an internalisation of a trigger happy attitude. Furthermore, a domestic arms race would be inevitable. Only the National Rifle Association (NRA) would come out as the winner.

While Trump said he will push for “comprehensive background checks”, his argument really is that the solution doesn’t lie in limiting or removing the guns from the society but rather that in order to tackle gun violence let us give guns to their opponents, who are deemed to be good guys. Following the mass shooting at Sandy Hook Elementary School in Newtown, Connecticut, in 2012, the CEO of the NRA Wayne LaPierre said, “The only way to stop a bad guy with a gun is with a good guy with a gun.” This ensures the sale of two guns, one for the bad guy and the other for the good.

How come that is not a Trump position? The sane strategy suggested at home mostly by the anti-gun groups and to an extent by the Democrats is practiced globally. On the global stage, Trump sounds in total harmony with the young kids protesting outside the White House that weapons should be removed rather than increased to counter the threat.

The anomaly between the domestic and global strategies in tackling weapons is due to a simple fact: The NRA lobbies pretty strongly for gun rights and supported Trump’s campaign in 2016. They advocate for the second amendment rights more than Bin Laden advocated for Jihad. Interestingly, LaPierre labelled gun violence opponents ‘elites’. He said, “they hate the second amendment, they hate individual freedom.” I wonder how does individual freedom experience an uptick by having guns? Let me guess, the ability to defend oneself? Well, then Iran would also like to have its individual freedom by being able to defend itself against Israel, a nuclear rogue state, which has a history of attacking Iran. How about global second amendment rights?

The writer can be reached at imran.jan@gmail.com. He tweets at @Imran_Jan.