Hitler is not usually a good example to refer. The world in general and west in particular are allergic to his name in any serious discussion. He however did a huge favour to the world which no other person had done before him. He showed the world that the modern day Westminster style democracy could easily be manipulated by a blood thirsty savage to attain political power and then use that political power to further one’s heinous agenda. One may despise Hitler for whatever reasons, yet his rise to power was through constitutionally mandated path and methods. He used extremely nationalistic rhetoric to become Chancellor of Germany. What he did to Germany and the world with his power is sour history of Europe. But the same tells us that we don’t learn from history either.

Rise of extremist ideology in India is a near repeat of history. Just that this time the stage is not Europe but South Asia. BJP is Hindu edition of Hitler’s Nazi party. Any close scrutiny of their agenda, philosophy and action plan would reveal disturbing similarities. Current trajectory of BJP is reminiscent of the inglorious rise of Nazi Germany.

India has maintained a facade of constitutional secularism. In practice, India is extremely non secular and jingoistic in nature. It hides it ugly face behind the glamour of Bollywood and lure of multicoloured cultural melodrama. It is precisely for this reason the world finds itself confused to understand the true face of India. Extremely aggressive regional policy of India is in contrast to what India has been portraying itself to the outside world. As the world should be grateful to Hitler for bringing to fore weaknesses of modern democracy, so should the world be grateful to Modi and Co to uncover the ugly face of blood-thirsty India.

India is only second to Israel that has been constantly annexing territories and expanding beyond its borders. This expansionist tendency is in the DNA of India as it has insatiable desire to dominate its neighbours and lands beyond. India annexed Hyderabad and Junagarh within one year of Independence. It then went to annex Portuguese territory of Goa setting as all international norms and laws. The best part of all this annexation is that India displays no remorse on blatant violations of international laws, and instead claims to be the self-proclaimed champion of the third world. The annexation of Sikkim to Union of India was the latest in the long list of its expansions.

However, one annexation that still bleeds today and whose population has refused to be humbled by the Indian draconian laws and repressive tactics is Kashmir. This is unfinished agenda of 1947 Partition. Illegal occupation of Kashmir is thorn in the back of international conscience. This is the oldest pending point on the agenda of Security Council of the UN.

Kashmiris have always conveyed their rejection of Indian occupation and refused to be assimilated in Indian union. India had incorporated special provision in its constitution to address the issue of Kashmir: its Article 370 gives special status to Kashmir and makes it a distinct territory from rest of India. Kashmiris demand more than what Article 370 promises. Their desire has all along been the right of self-determination. 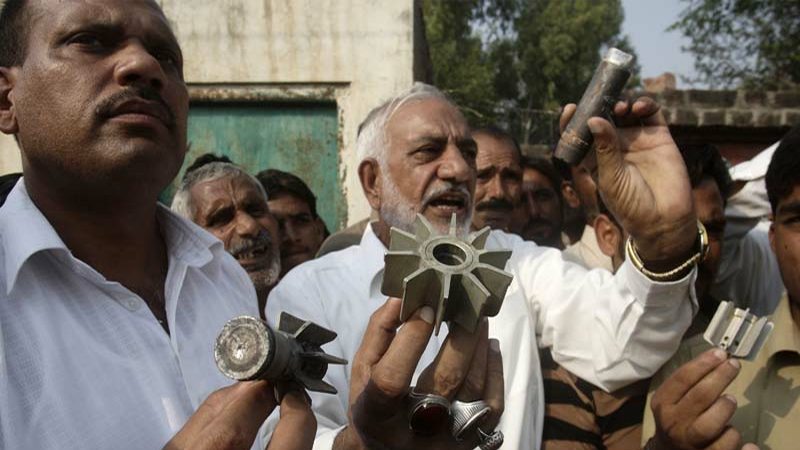 India has never been fair to monitories. It treats Muslims in superlatively unfair way. Muslim pogroms are a way of life in ‘secular’ India. Anti Pakistan and anti Muslim sloganeering is sure way to attain attention in the political and religious arena. It is so surprising to witness the world’s indifference to the fact that no Muslim country has allowed any religious extremist group or party to attain political power. But it has happened in ‘secular’ India and is now displaying its consequences.

Modi’s rise to current status is no coincidence. He became famous for two reasons: his model of good governance and Muslim genocide in Gujarat. Both factors are too glamorous in India to miss. A country, whose more than 50 percent population lives below poverty line and nearly 60 percent do not have access to sewerage system and potable water, dreams of better life is too strong a desire. A country that takes pride in worshipping ‘Goddess of War (Durga)’ cannot be expected to be benign and soft on minorities. Ample proof was put on record during the Partition riots and in subsequent years.

And killing minorities and extremist religious thought is no modern-day problem of India. In fact, an interesting fact about India is that all three religions founded in India (Buddhism, Jainism and Sikhism) had to flee India to survive. It is no coincidence that nearly one third of Sikh population lives outside the Indian borders in far off lands like North America and East Africa. Buddha is less known in India than in Tibet and Far-east Asia. That is not the treatment three monotheist religions gave to their prophets and native lands.

Modi is upping the war hysteria in South Asia ever since he came to power. India has embarked on an ambitious journey of dominating the region. It is no coincidence that India has started to flex its military muscles in all directions. Modi’s frank confession of organizing and abetting Mukti Bahini in East Pakistan displays his confidence to admitting involvement of India in war crimes. This was naked interference in internal affairs of a sovereign country. More surprising is the absence of international condemnation by the west. This perhaps has emboldened Modi to bleed Kashmir and force it into Indian hegemony.

The world conscience was briefly pricked on the brutal use of pallet guns against peaceful protesters. This is very strong message to Kashmiris that India is all set to destroy their future if they don’t stop demanding their inalienable right of self-determination. India has also initiated a war of low intensity across LoC in Kashmir. India intentionally targets the innocent civilians across LoC since India knows about the constrains of Pakistani state and security forces. Pakistan is not a reckless country like India and cannot fire on civilians for reasons of respecting humanity and common faith with Kashmiris.

Worrisome is the fact that India just returned from brink of a border clash with China. Although Chinese allowed some face saving to India, there has been no lessons learnt by Indians from this episode. The Modi government is behaving in such callous manner against Pakistan as if Pakistan army is not armed with modern weapons but slingshots. This may be part of a bigger plan to keep Pakistan under pressure from the eastern front and help America to achieve goals of its coercive policy against Pakistan. India, expects strategic gains of tangible magnitude as return for this favour. but India fails to realize that border skirmishes can get out of hand and turn into full blown war. There is limit to Pakistan’s patience and perhaps Pakistan is reaching to its limits. Pakistan is already into an election year and Modi will go to election in next year. Indian political leaders must understand the compulsion of political leaders. No Pakistani leader will like to face public in an election year, dubbed a s coward or having budged to Indian pressure. If firing across LOC escalates, and there are all the reasons to believe it has already started to escalate, situation will likely turn very ugly.

Pakistan has already displayed defiance to USA and refused to accept American coercive agenda. Pakistan feels it has done enough to bring peace to Afghanistan and region. Pakistan also feels that India is destroying the strategic balance of power. Kashmiris are rightfully looking at Pakistan for redeeming their dignity and protection of life and property. India is set on collusion path with Pakistan, in line with aggressive, extremist religious agenda of Akhand Bharat. A medieval fallacy of ‘Lebansuran’ (German superiority) led to World War II. The world must stop repeat of a German blunder in the nuclear armed South Asia.

The writer has served the Pakistan Army as Brigadier