Agriculture and autonomy in the Middle East 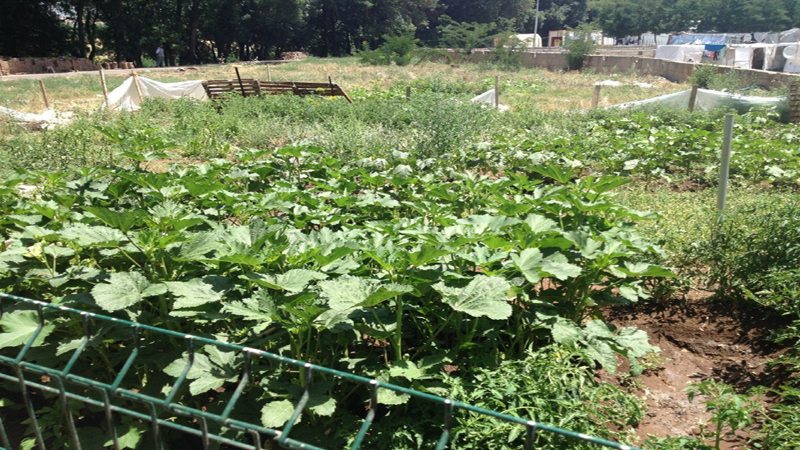 In Rojava, a region in Syria also known as North Kurdistan, a groundbreaking experiment in communal living, social justice, and ecological vitality is taking place. Devastated by civil war, Syria is a place where a cessation of hostilities often seems like the most that can be hoped for. But Rojava has set its sights much higher. What started as a movement for political autonomy in the city of Kobane has blossomed into an attempt to build a radical pluralist democracy on the principles of communal solidarity?-?with food security, equality for women, and a localized, anti-capitalist economy at its core.

The Mesopotamian Ecology Movement (MEM) has been at the heart of Rojava’s democratic revolution since its inception. The Movement grew out of single-issue campaigns against dam construction, climate change, and deforestation, and in 2015 went from being a small collection of local ecological groups to a full-fledged network of “ecology councils” that are active in every canton of Rojava, and in neighboring Turkey as well. Its mission, as one of its most prominent founding members, Ercan Aybo?a, says, is to “strengthen the ecological character of the Kurdish freedom movement [and] the Kurdish women’s movement”.

It’s not an easy process. Neoliberal policies, war, and climate change have made for an impressive roster of challenges. Crop diversity has been undermined due to longstanding subsidies for monocultures. Stocks of native seeds are declining. The region has been hit by trade embargoes from Turkey, Iraq, and the central Syrian government, and villages have been subject to forced displacement and depopulation. Groundwater reserves are diminishing, and climate change is reducing rainfall. Many wells and farms were destroyed by the self-described Islamic State (ISIS), and many farmers have been killed by mines. Much of the region is without electricity. And there has been an influx of refugees from the rest of Syria, fleeing civil war.

As MEM sees it, the solutions to these overlapping problems must be holistic and systemic. Ercan gives an impressive rundown of MEM’s priorities: Decreasing Rojava’s dependence on imports, returning to traditional water-conserving cultivation techniques, advocating for ecological policy-making at the municipal level, promoting local crops and livestock and traditional construction methods, organizing educational activities, working against destructive and exploitative “investment” and infrastructure projects such as dams and mines?-?in short, “the mobilization of an ecological resistance” towards anything guilty of “commercializing the waters, commodifying the land, controlling nature and people, and promoting the consumption of fossil fuels”.

In 2016, MEM published a declaration of its social and ecological aims, and it is a thing of beauty. “We must defend,” it says, “the democratic nation against the nation-state; the communal economy against capitalism, with its quick-profit-seeking logic and monopolism and large industries; organic agriculture, ecological villages and cities, ecological industry, and alternative energy and technology against the agricultural and energy policies imposed by capitalist modernity.”

Getting children involved in all of this is critical. Schools in Rojava teach ecology as a fundamental principle. In 2016, with the support of Slow Food International and the Rojava Ministry of Water and Agriculture, MEM helped build a series of school gardens in villages around the city of Kobane, in order to provide a ‘laboratory’ for children to learn about the region’s biodiversity and how to care for it. These gardens are growing fruit trees, figs, and pomegranates, instead of corn and wheat monocultures. Some have been planted on land that was once virtually destroyed by ISIS.

For many Rojavans, the gardens also represent the revival of ancient traditions as a stepping stone to the region’s future. “We grew up on this land and we haven’t abandoned it,” says Mustafa, a teacher whose school was one of those to receive a new garden in 2016. “As a people of farmers and livestock breeders, we have always tended the crops using our own techniques, which are thousands of years old.”

The spirit of resistance is as alive in the realm of society and economics as it is on the land. The cooperative economy in Rojava is booming. Michel Knapp, a longtime activist in the Kurdish freedom movement and co-author of the book Revolution in Rojava, observes that most cooperatives in Rojava are “small, with some five to ten members producing textiles, agricultural products and groceries, but there are some bigger cooperatives too, like a cooperative near Amûde that guarantees most of the subsistence for over 2,000 households and is even able to sell on the market.”

The government of Rojava is democratic and decentralized, with residential communes and local councils giving people autonomy and control over decisions that affect their lives. Municipal-level government bodies are systematically integrated into the operations of MEM, in a one-of-a-kind partnership between the public and nonprofit spheres. And the prison system is being radically reformed, with local ‘peace committees’ paying attention to the social and political dimensions of crime in passing judgment. Most cities contain no more than one or two dozen prisoners, according to Ercan.

And to top it all, women have taken a leading role in every facet of the revolution. Women’s cooperatives are a common sight in Rojava, as are women’s councils, women’s committees, and women’s security forces. Women’s ecovillages have been built both in Rojava and across the border in Turkish Kurdistan, aimed at helping victims of domestic violence and trauma. Patriarchy is just one more aspect of the neoliberal program being cast aside in Rojava, on the road towards building what MEM describes as “a radical democratic, communal, ecological, women-liberated society.”