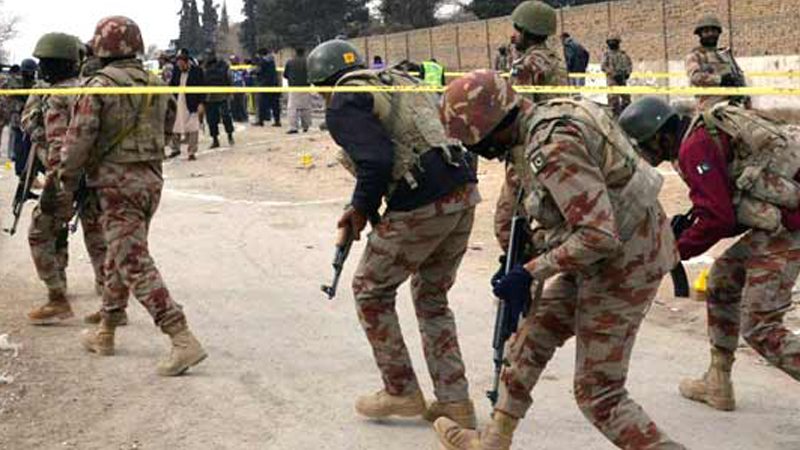 The Frontier Corps troopers were patrolling the residential neighborhood of Langoabad on motorcycles when they were fired on by gunmen also riding bikes, said Naseebullah Khan, Senior Superintendent of Police in Quetta. “The four men were shot in the head,” Khan said, adding that handguns were used in the attack.

Following the incident, security and rescue personnel reached the site, cordoned off the area and began search operation.

The bodies of the deceased were shifted to the Civil Hospital. The deceased officials have been identified as Aslam, Saeed, Shabbir and Amjad.

Police said they have recovered shells fired from a 9mm weapon and other evidence. An investigation is underway.

Balochistan in general and its provincial capital Quetta in particular witness frequent attacks by various militant and terrorist groups.

Similarly, a police constable was shot dead by unidentified attackers on the city’s Raisani Road on January 16.

A day earlier, on Jan 15, five Pakistan Army soldiers were killed in Kech, Balochistan, when their vehicle turned turtle after it was fired at.

On Jan 9, four Balochistan Constabulary personnel were among six killed in a suicide attack near the Balochistan Assembly.