Irfan Junejo, the Vlogger from Pakistan

One can visit Irfan’s channel and see what’s currently happening in his life, I was more interested in knowing about the time when Irfan Junejo wasn’t a YouTuber or a content creator, the Irfan Junejo who was just another teenager looking to do something with his life, how was that individual? 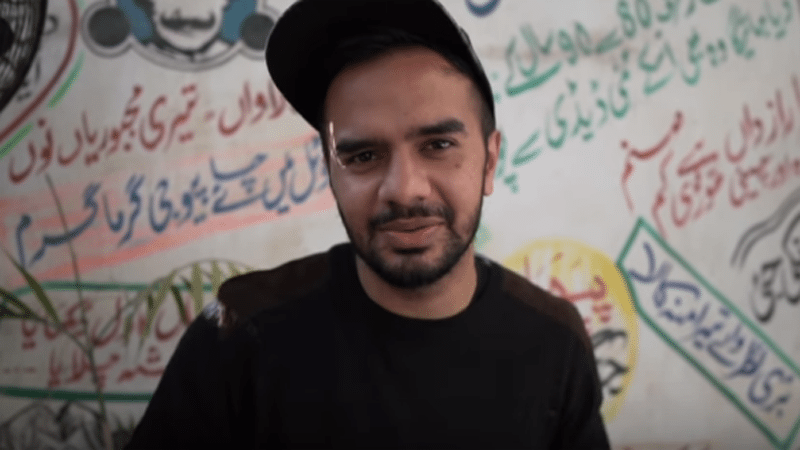 The world of YouTube is huge and Pakistanis have little or nothing to do with it in terms of using the platform to host their original content. And that is despite the fact that content creators on YouTube earn good money. We see vloggers, tech reviewers and makeup artists from different countries using the platform of YouTube to exhibit their content.

In recent years, we have seen a few vloggers pop up on the Pakistani YouTube; Irfan Junejo is one of them vloggers who have successfully established himself as a content creator. He has more than one hundred thousand subscribers on YouTube in one year’s time, which is impressive, to say the least. Irfan also co-hosts a show on YouTube called “The Jo Bhi Show”, in this show they discuss every-day-life issues.

Jerry Seinfeld and Larry David, the creators of a super-hit TV show “Seinfeld” from the nineties, they pitched the idea of the show to the producers with a tagline “a show about nothing”. The show portrayed everyday life events and how the writers were influenced by them. In its simplicity, the show evolved as a landmark sitcom that changed the programming dynamics on TV.

Similarly, Irfan Junejo’s vlogs are simple and true in nature. That simplicity and his ability to share his message in a concise manner have earned him good following.

Irfan has been on the forefront of raising the issue of copyrights of original content where news channels and  Government institution use the content without even giving any credit, let alone asking for permission or to pay out for using their content. In other countries, you may have to go to jail for stealing someone’s content, but in Pakistan, there is no such debate. We are a society that doesn’t have a concept of protecting the copyrights of content.

One can visit Irfan’s channel and see what’s currently happening in his life, I was more interested in knowing about the time when Irfan Junejo wasn’t a YouTuber or a content creator, the Irfan Junejo who was just another teenager looking to do something with his life, how was that individual? “I was extremely shy, I was fond of photography and football, and these were the only mediums of expression for me. I started a football academy and there I learned how to make a discussion interesting so that the kids don’t lose interest in what you have to say. I learned how to keep people engaged. Later in 2015, I joined Snapchat and I fell in love with it, I used to make a story of my whole day and friends loved my stories. But, I was never comfortable in appearing in front of the camera. My friends liked my stories so much that if I didn’t post on the day, they’d text me to inquire why I haven’t posted the story. Slowly, I started appearing in front of the camera as well on Snapchat. That’s when I thought about vlogging, to share my daily routine with people on YouTube.”

We are aware of Irfan’s inspirations, such as Casey Neistat, Ben Brown or Justin Escalona, but I asked Irfan about the goals he wishes to achieve in future, “Initially, I thought it would be a fun venture. Although an ambitious goal, I thought if I get fifteen thousand subscribers in the first year that would be great. As it happened, I ended up getting sixty-five thousand subscribers in the first year and that’s when I stopped planning stuff. I have one goal in my mind though; I’d like to take up projects where my skill set is primary as compare to my presence in front of the camera.”

Personally, I am sure of my ideas now, a basic idea with good execution can go viral and its number one example is Lyari video; a basic idea from Patari and zero planning led me to Lyari to make a successful video that got really popular on YouTube.

Fame has been rapid for me, people approach you with different requests that you can’t fulfill which is construed as arrogance. I have promoted good singing talent in my vlogs.

There are a lot of young YouTubers who have started vlogging inspired from Irfan’s channel; they walk like him, talk like him. This in itself is a huge accreditation to Irfan. “I look for inspiration myself; I receive motivational messages of my vlogs helping someone in their bad time, the kids following my method in their vlogs is also a source of inspiration”.

As they say khoobsurati ka raaz Kiya ha (What’s the secret of your beauty), similarly, kamyabi ka raaz kiya ha (What’s the secret of your success)? I used to be an obedient boy, but then I dropped off from business school and that was also the moment when I stopped caring about what people would say (Log kia kahain gay), that is one reason of my success. Secondly, I didn’t go to film school to learn filmmaking, so technically, I am not bound by any rules in my mind. It’s comfortable for me to think out of the box. I have been consistent in creating content, other channels might be more popular, but I get lot more views because of the number of vlogs I post in a month.

For aspiring vloggers, the question is what works in vlogging, different vloggers have a different approach, and what is it that works for Irfan? “There are two kinds of vloggers, one is a personality-driven vlog where a famous person starts vlogging and the second one is the kind of vlog which is based on the story and cinematic skills. For me, the formula is to manage a balance between the story and creative cinematic skills.