Swine flu on the rise in Islamabad

* The sources said that three patients of swine influenza are still under treatment admitted at PIMS * According to the available information, swine influenza virus is being spread very rapidly 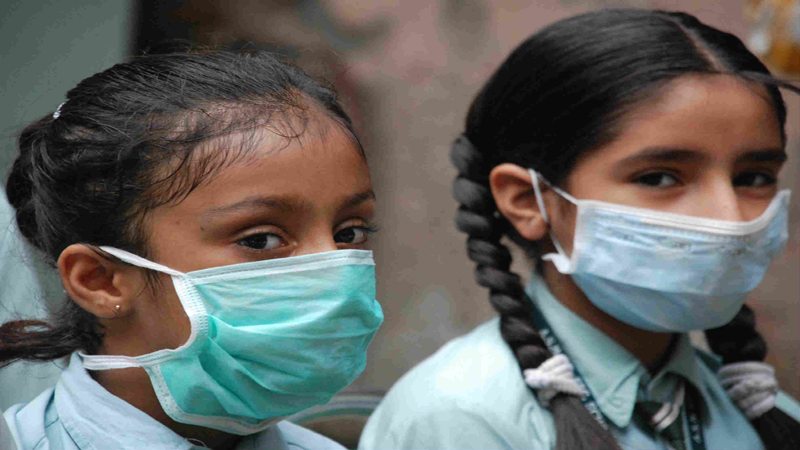 ISLAMABAD: As many as 17 cases of swine influenza infection were reported at the Pakistan Institute of Medical Sciences (PIMS), which resulted in the death of two other patients admitted in the hospital in the last two days, Daily Times has learnt.

The sources in the hospital disclosed that initially a total of 23 patients were found possible victims of this swine influenza. However, after the test reports, 17 patients have been declared positive for this disease while, sources said, out of them nine patients were discharged safely after the provision of treatment by the hospital.

The sources said that three patients of swine influenza are still under treatment admitted at PIMS.

According to the available information, swine influenza virus is being spread very rapidly among the citizens especially in the last few months.

The information stated that from January this year until now, over 600 patients suffering from swine flu have been admitted at PIMS. After laboratory tests, 78 patients were confirmed positive for this disease.

A doctor said that the virus transferred in the capital from other cities of the country, adding that Punjab was a particular victim of swine flu.

In January, 23 persons died due to swine influenza in different cities of Punjab. So far, many other people had been reported positive for swine flu in different cities particularly in Lahore. The doctor further said that many patients with symptoms of swine flu are still under treatment at the major hospitals of Lahore. According to a study conducted by an NGO, 84.1 percent of the population of Lahore has fallen prey to swine flu. These are the people who don’t even know the symptoms of this flu.

Declared a pandemic officially by the World Health Organisation in 2010, initially discovered in Mexico in 2009, swine flu is an infection caused by many reasons. It has symptoms including fever, sneezing, coughing, and difficulty in breathing and a decreased appetite.

Swine influenza virus is common throughout pig populations worldwide. People with a regular exposure to pigs are at increased risk of swine flu infection.

PIMS spokesperson Dr Wasim Khawaja confirmed the virus and deaths in the hospital. He said that usually this infection is seasonal, and is transmitted in winter.