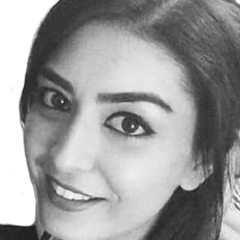 A tribute to an icon

In a society full of people who are too concerned about what people will think of them, Asma Jahangir was different: she only cared about her principles

Words fall short when one tries to describe Asma Jahangir. She was one in a million, larger than life. She was a breath of fresh airin a world filled with hypocrites. Her honest commitment to human rights will continue to serve as a beacon of hope — not just for Pakistanis but those working for democracy, freedom of religion and belief, minority rights and peace all over the world.

For the farmers in Okara being oppressed by the military; for the youth in Balochistan being deprived of their fundamental human rights; for the Pashtun being stereotyped and labelled a terrorist; for the women who thought they were powerless in a male-dominated profession; for the minorities who face daily persecution; for those wrongly accused of blasphemy — for all these people and countless more, Asma Jahangir was the bravest soldier anyone could ever hope for.

Asma Jahangir has been a source of inspiration to me on a daily basis. She reached out to me whenever I have been in distress. She has laughed with my mother, despite their frequent disagreements. She has shown me in so many ways that no matter how hard the battle, one must always keep fighting. All the while, she maintained her amazing sense of humour. Whenever my mother would tell me Asma aunty was coming over, I would make sure to be there whether they wanted my presence or not. She was my hero and always will be. The last time I messaged her was on her birthday.

I wanted to send a long message thanking her for being this source of constant inspiration and hope in my life — but I was packing for a flight I had the next day and only managed to send a “happy birthday Asma aunty!” I feel a deep sense of loss and grief, which I cannot express in words. I really wish I had sent that longer message now because she was the kind of person who deserved to hear every single day how brilliant she was from everyone she ever knew.

There are no more Asma Jahangirs in Pakistan, but she gave us hope that maybe one day, we too could have a shred of the courage and strength she had

This hero of mine reached out to me a few months ago when a video I posted went viral on social media resulting in a flood of death threats and abuse. She called me to tell me to fight my battles with reason and rationality, and advised me not to allow my emotions to get the best of me. She held my mother’s hand and assured her nothing would happen to me. She spoke to my father and told him not to worry about me. Whenever she had spoken to me, I had been in awe of what she said and how she said it. She conducted herself like no one else I have ever known. Her charisma, her confidence, her spirit and generosity instilled a sense of calm in me.

We have lost our icon but her legacy lives on. Asma Jahangir’s work, whether within Pakistan or outside Pakistan, speaks volumes for who she was and how we will always remember her. There are no more Asma Jahangirs in Pakistan but she gave us hope that maybe one day we too could have a shred of the courage and strength she had to stand up and fight.

Most prefer to take the easier path. She never did. She took on the Salamat Masih case to defend a young boy falsely accused of blasphemy. She spoke up against the persecution of Ahmadis. She struggled like a lioness against dictatorships. She was clear and consistent from day one about what she stood for and how far she would go to defend the defenceless. She never feared for her own life despite the fact that the causes she chose to fight endangered that life, because she knew it was much too important to protect those who could not protect themselves. It was much too important to do the right thing even when nobody else had the moral courage to do so.

We will continue to mourn and reel in from the shock of this tragic loss. But the greatest way to remember Asma Jahangir is to fight for the voiceless and to struggle without fear. We have a difficult road ahead, but her memory will guide us in the right direction.

Rest in peace and power iron lady. You will be missed forever.