Krishna Kumari, a Kolhi Hindu woman from a humble background was recently nominated for a reserved minority seat by the Chairman of Pakistan People’s Party; a political force with a glorious heritage of protecting marginalised communities of the country. The decision is being lauded by all stakeholders who dream to see Pakistan as an egalitarian society.

We want to materialise Jinnah’s Pakistan that he envisaged in his 11th August speech. If a Muslim can become the president of Pakistan, why not a person from a minority group hold the highest public office? Bilawal’s decision of nominating a Hindu woman for a seat in Senate is a fulfilment of his promises with the religious minorities.

Besides this, it is also an attempt to recognise the efforts and sacrifices of non-Muslims for the creation of Pakistan.

Nomination of a Hindu woman for upper house representation is only a small step forward; the real test of the democratic forces is yet to take place when the religious minorities will actually be given the legislative right to elect their representatives with the power of a vote

Unfortunately, unlike PPP, other political parties have done nothing to create a viable mechanism for religious minorities that can mainstream them into the socio-political system of the country.

During the nationalisation in 1972, most of the educational institutions owned by minorities were also taken over by the Bhutto government in the name of restoring economic stability and equal distribution of resources. The move proved to be a serious social and economic blow to religious minorities. But still, in the general elections of 1977, Pakistani religious minorities offered their full support to PPP.

This was possible only because of the party’s manifesto based on social justice. Even then, PPP was the only political party that addressed the problems of minorities in its manifesto and promised betterment of their conditions.

Now, it can be safely said that with a young leader as its leader, PPP can restore its lost identity and heritage of protecting minority rights. It is reminiscent of Bhutto’s political legacy.

During the last tenure of the party, the PPP manifesto remained a dormant document due to which the poorest of the poor started losing their interest and many of them even shifted their interest to other options. However, the party has once again regained the support of marginalised communities.

The significance of minority votes has always been undermined in Pakistan. But if Pakistan wants to restore its tarnished image at the international level, it must protect the rights of minorities.

During the recent months, US State Department concerns over ghastly violations of religious freedom, EU demand of human rights restoration in the country, placing Pakistan at number five among the country of serious Christian persecution by the Open Door, a worldwide Christian organization of credibility are serious social hunches to redress. 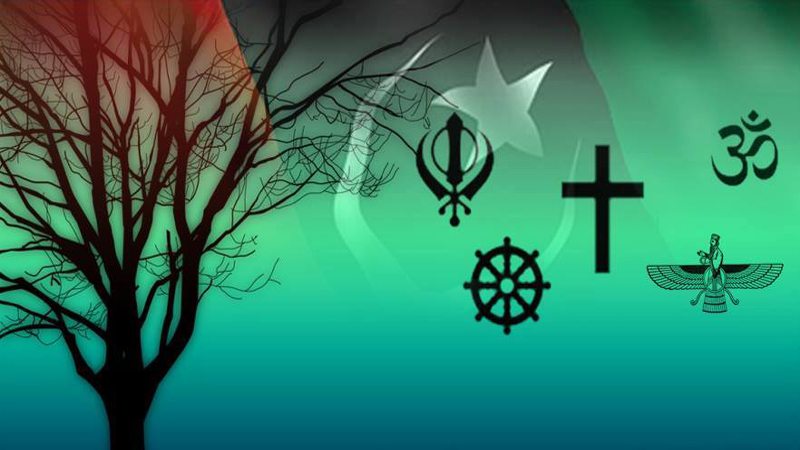 Therefore, one nomination of a Hindu woman for upper house representation is only a small step forward, the real test of the democratic forces is yet to begin when the religious minorities will actually be given the legislative right to elect their representatives with the power of the vote for which, of course, they are dreaming for the last seventy years.

The anti-religious minorities’ legislation that has crippled them socially economically and religiously is a big task to deal with and demanded close attention of the true democratic political parties. Knowing the fact that during PPP governments several anti-minorities political moves were institutionalized like anti-Ahmadi laws but still, the religious minorities give extra concession to this party for the reasons that those legislations were circumstantial carried out under pressure from fanatics of right-wing politics.

The present PPP leadership must have a complete blueprint of its successes and failures. It is believed that in this 21st ultra-modern century when the planet has squeezed so much and human rights and religious liberties are the hot issues all over the world and Pakistan cannot afford any exception to continue her traditional religious abuse against the religious minorities and dissenters.

For this, the foremost action is to realize the true meanings of co-existence which because of the religious belligerence has been deleted from the country’s social code. The crime of intentional neglect of recognizing the real counting of religious minorities has been legalised by the governments at the fixed rate of three percent. In the national census of 1972, 1981, 1998 and now in 2017, the overall population has crossed the dangerous limit of 200 million but religious minorities remain the same at the static position of three percent.

The reason is obvious, to avoid their proper political and social mainstreaming, they are kept at nominal enumeration in the country and in the end to satisfy, inland religious minorities and the world, a symbolic representation is offered by choosing some handpicked loyalists who never ever dare to stand for the rights of their relative communities. Therefore, minorities are facing two-edged sword, at one side, governments of Pakistan shout to the world for their proportionate representation and equal rights promises and on the other side, these selected minorities representatives have no plans for the development of their respective sections.

No matter what percentage of minorities occupy the country, but how this justifies that because of their tiny number, they are not allowed to elect their representatives through the direct vote.

In these circumstances, for turning the grim picture of minorities into a beautiful painting, all political parties leaving their cosmetic insight aside, with in-depth understanding of the real meanings of democracy, the quality, social justice and proper participation of all sections of the society in the mainstream politics is mandatory and this is only possible when other political forces become ally to the Pakistan People’s Party for materializing Pakistan, a real democracy envisioned by the founder of Pakistan. The example of nominating Hindu women for Senate representation could be a golden brick in building a libertarian society.