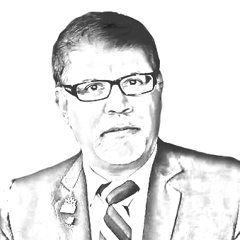 Much of Pakistan’s political history has been characterised by the power game of revenge and vendetta through military coups or judicial coups. Whenever a political party is made a victim of this persecution, the rest of political fraternity often watches it silently and even praises it.

Pakistan People’s Party was also once the target of non-democratic forces of this power play which resulted in the mass exodus of its workers to Europe and America.

Similarly, the anti-democracy forces have made three attempts to eliminate Nawaz Sharif from the political landscape of the country. His government — both, provincial and federal — are dealing with the tough challenges at several levels. MQM is another victim of this crackdown.

However, it seems Right-wing parties and extremists, including Imran Khan’s PTI, enjoy exemption from this rule — and this is where the problem lies.

Despite having a heavy public mandate, Sharif brothers have been subjected to microscopic and pedantic investigation of judicial activism. Nawaz Sharif has rightly pointed out that this is a ‘conspiracy’ against country’s progress and not necessarily against him. His demand that “snatching public mandate through such means should now come to an end” seems a justified one given the country’s past. Nonetheless, as witnessed in the past, he has been left alone.

While one cannot be dismissive of the widespread corruption in the political fabric of the country, it is important to note that all sections of elites, including media, establishment and judiciary, have also been stakeholders and major political actors of the same power game. All of them have been successively used as a tool to derail democratic trajectory in the country.

A known judge once said: ‘cases could be decided in days or few hearings but if we do that all lawyers will die of hunger’

In his article published in The London Post, Dr Shahid Qureshi writes: ‘A well-functioning justice system is crucial to address corruption effectively, which in turn is important for development. But judicial institutions are themselves corruptible. Illegitimate political influence on judges take different forms, some are clearly illegal (bribes, blackmail, threats, violence/murder), while other forms of undue influence stem from the ways in which relations between the judiciary and other arms of government are organized, or reflect a legal culture where judges are expected to defer to political authorities.’

It is indeed very true that one of the lesser-known forms of corruption is found in our legal system which infected by corrupt lawyers and judges. The poor aspirants of justice spend their lives in the courtyards, making futile attempts to receive justice. The pending cases even pass on to next generations.

A known judge once said: ‘cases could be decided in days or few hearings but if we do that all lawyers will die of hunger’. Currently, the ouster of Nawaz Sharif from the office is yet another example of system’s selectiveness and the establishment’s undue influence, which clearly seems to be paving a way for Imran Khan to the Prime Minister’s house.

While there is nothing surprising in the ousters of prime ministers, the ouster of Nawaz Sharif on the charges of corruption through a controversial court verdict has an element of newness in it; it was carried out through a judicial coup with country’s top judges touting iqama document as a tool to disqualify him.

History has borne witness to the fact that it is the only democratically-elected leaders who are made to undergo unfair and strict trial of accountability while other institutions or individuals have remained exempted from this persecution.  They can leave their countries whenever they want and retire with plethora of resources and opportunities in country’s wealth and assets.

Military dictator and former president of Pakistan, Pervez Musharraf will never have to appear before the apex court to answer for his treason by violating the constitution of country.  Musharraf was readily permitted by a judge to leave the country to seek medical treatment abroad with the promise to return. The promise was never fulfilled. The fact remains that Pakistan badly needs a trustworthy and autonomous legal system. In fact, it is not only judiciary which is being influenced by non-democratic quarters; all institutions of the state are.

To bring an end to this, we should consider eliminating the inbred culture of bribery. Public servants and other officials on higher posts routinely take bribes and in return, serve the purpose of the master. Politicians also spend millions to buy votes.

Wrong will always be wrong and selective punishment of politicians to please certain quarters can never justify corruption of those who have been deliberately exempted from this rule.

To have an autonomous, free, independent and ideal judiciary, we need revolutionary reforms in the judicial system. We need to raise this institution above everything else.

I couldn’t agree more with Justice Asif Saeed Khosa who aptly said: ‘The real threats to independence of judiciary are from within — stemming from the personality of the judge himself’.

The writer is a social and civil right activist and very vocal on Human Right violations across the globe. He works as Host/Producer (Current Affairs) at a leading news channel of North America. He can be reached at [email protected] and tweets @anis_farooqui