‘Is there no one to hold Justice Mansoor Ali Shah accountable?’

Judges are also subject to law. Though this simple point is yet to be recognised in Pakistan, a step has been taken in this direction on February 1 by Justice Muhammad Farrukh Irfan Khan of Lahore High Court (LHC), while hearing a writ petition against an administrative decision of the Chief Justice of the LHC, Justice Mansoor Ali Shah. As widely reported in the media, Justice Irfan Khan said: “Is there no one to hold Justice Mansoor Ali Shah accountable?” This exasperating call reveals the rotten state of affairs at the LHC creating problems not only for litigants but also for fellow judges.

Advocate Muhammad Azhar Siddique had filed the petition, as the counsel of a petitioner, to plead that the Chief Justice of the LHC had not only appointed Khurshid Anwar Rizvi as the Registrar of LHC unlawfully against the LHC rules, but the Chief Justice has also unlawfully allowed the premature retirement of the Registrar in violation of the LHC rules. The relevant notification has made Anwar Rizvi eligible for drawing retirement and post-retirement monetary benefits from the LHC. By law, Anwar Rizvi was an employee of district judiciary and not an employee of the LHC to avail himself of any such monetary benefit from the LHC. Apparently, the Chief Justice of LHC has made this move to ensure that his blue-eyed subordinate is rewarded before the former leaves the LHC for joining the Supreme Court (SC). However, contrary to the practice that fellow judges do not overturn the decisions of the Chief Justice issued in administrative or judicial realms, Justice Irfan Khan suspended the notification through a short order and called for the constitution of a larger bench on the case.

The case highlights two more aspects. First, Anwar Rizvi who had served as a District and Sessions judge knew that he was not eligible for the post of the Registrar but he applied for and accepted the appointment, and kept drawing the salary and serving at the LHC. Secondly, Anwar Rizvi knew that he was not eligible for pre-mature retirement at the LHC but he moved his application and got it approved from the Chief Justice. In this way, Anwar Rizvi not only misused the powers of the Registrar office but he also endeavoured to accept the monetary benefits, in terms of grants and allowances, to which he was not entitled. All in the LHC already knew the nexus between the Chief Justice and the Registrar. The same has been revealed to the public now.

As reported in the media, during the hearing, Justice Irfan Khan also said, “Courts are run on taxpayers’ money”.  Currently, Justice Saqib Nisar has resorted to judicial activism by even working in the court on Sunday. However, while nominating Justice Mansoor Ali Shah for the bench of the SC, Justice Saqib Nisar knew that Justice Mansoor Ali Shah used to come to the court two to three hours late after the stipulated court time, thereby making litigants stand outside his courtroom and wait for his arrival. This malpractice remained agonizing for litigants, as no litigant is allowed to enter the courtroom of the Chief Justice unless the judge arrives in his chamber. Secondly, Justice Saqib Nisar knew that Justice Mansoor Ali Shah used to rise up from the court hours before the stipulated close time, thereby making litigants to visit his court again some other day for the hearing. Some other day is important because Justice Mansoor Ali Shah often used to be on leave as the Chief Justice of the LHC. The point is simple: litigants pay taxes to let the government meet the judges’ demand of high salaries and spoils of offices; litigants pay hefty fees to the lawyers to contest their cases. The situation is a boon for the judicial complex comprising judges, lawyers, assistants (called ‘Munshis’) and the photocopiers encircling the court premises. Litigants are at a loss. 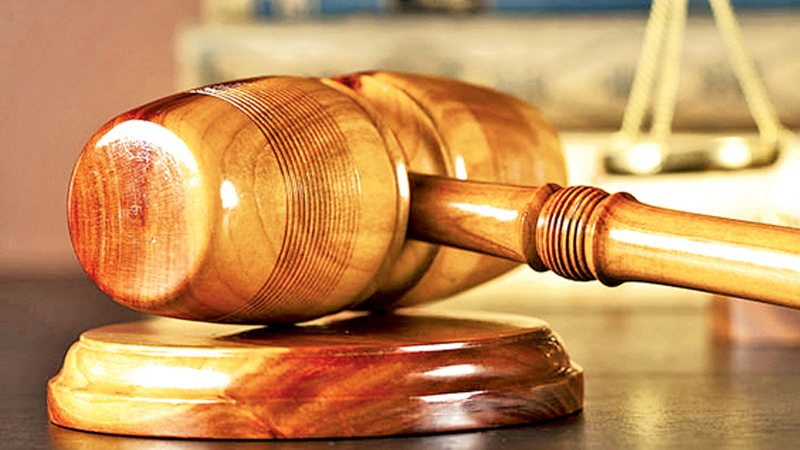 As reported in the media, during the hearing, Justice Irfan Khan also said, “Judiciary is not a sacred cow.” Only if this is was true. The 18th Constitutional Amendment substituted clause 5 of Article 209 on the Supreme Judicial Council by saying: “If, on information from any source, the Council or the President is of the opinion that a Judge of the Supreme Court or of a High Court… may have been guilty of misconduct, the President shall direct the Council to, or the Council may on its own motion, inquire into the matter.” The Supreme Judicial Council (SJC) Procedure of Enquiry 2005 defines ‘misconduct’ as “(i) the conduct unbecoming of a Judge, (ii) is in disregard of the Code of Conduct issued under Article 209 (8) of the Constitution, and (iii) is found to be inefficient or has ceased to be efficient.” However, both the President of Pakistan and the Chief Justice of the SC as Chairman of the SJC have resorted to inaction.

The silence so observed violates Article 19-A which was also introduced through the 18th Amendment offering the “Right to information” to citizens: “Every citizen shall have the right to have access to information in all matters of public importance subject to regulation and reasonable restrictions imposed by law”. Both President Mamnoon Hussain and Chairman SJC Justice Saqib Nisar have been overlooking the fact that the matters related to the judges working in public domain also fall into the category of public importance. Justice Saqib Nisar has to disclose the reasons for extending protection to Justice Mansoor Ali Shah from accountability.

Litigants at the LHC just repeat the words of Justice Irfan Khan: “Is there no one to hold Justice Mansoor Ali Shah accountable?”