Banned in other countries, Bilal Philips lectures in a Pakistani university 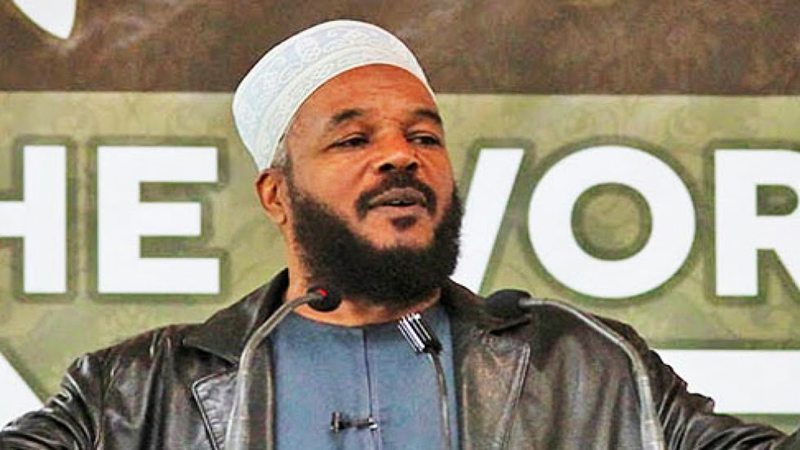 LAHORE: Abu Ameenah Bilal Philips – banned in various countries for ‘hate preaching’ and ‘extremist views’ – is on a Pakistan tour these days and is lecturing university students. He is a Canadian national of Jamaican origin and currently based in Qatar from where he runs his Islamic Online University.

Philips has his lectures scheduled in various universities and religious organisations of Lahore. One such lecture is being hosted by Riphah University’s Lahore campus on Sunday.

The so-called hate preacher is controversial for his views on democracy, marital rape, suicide bombings and homosexuality. He has been banned from the US, the UK, Denmark, and Australia, deported from Bangladesh and Kenya in the past and was arrested in the Philippines on charges of preaching to recruit people for terrorism. On marital rape, he wrote in his book: “A woman is obliged to give herself to her husband and he may not be charged with rape. Of course, if a woman is physically ill or exhausted, her husband should take her condition into consideration and not force himself upon her.”

Even though he later termed suicide bombings against Islamic principles, his said in his 2002 book: “When you look at the mind of the suicide bomber, it’s a different intention altogether … The [enemy] is either too heavily armed, or they don’t have the type of equipment that can deal with it, so the only other option they have is to try to get some people amongst them and then explode the charges that they have to try to destroy the equipment and to save the lives of their comrades. So this is not really considered to be suicide in the true sense. This is a military action and human lives are sacrificed in that military action. This is really the bottom line for it and that’s how we should look at it.”

In an interview to Australian Muslim news website Austrolabe, he clarified saying he is against globalised Western civilisation to “push … secular democracy … down the throats of the rest of the world”. Bilal Philips has advocated brutal death penalties for homosexuals.

Talking to Daily Times, Punjab Law Minister Rana Sanaullah said the government would forward the matter to the intelligence agencies and inquire about his entry and activities in Pakistan.

“I wasn’t aware of the background of this particular preacher. It came to my notice for the first time through Daily Times’ web story,” he said. “But if this preacher is known for such views and preaching, we will refer him to the security agencies for inquiry.”