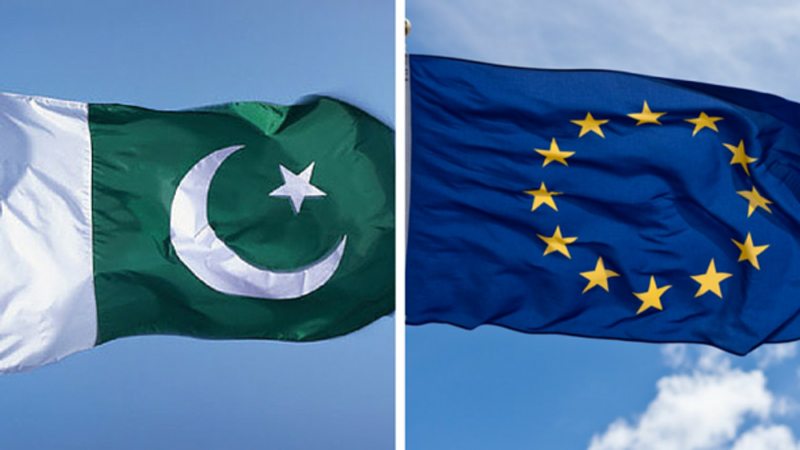 KARACHI: European Union (EU)-funded ‘Programme for Improved Nutrition in Sindh (PINS)’ was launched on Tuesday at a local hotel, which primarily focuses on sustainable improved nutritional status of children under five years of age and of pregnant and lactating women (PLW).

The programme will be implemented in 10 districts of Sindh: Shikarpur, Thatta, Kambar Shahdadkot, Larkana, Dadu, Jamshoro, Matiari, Sajawal, Tando Allahyar and Tando Muhammad Khan. This four-year programme would specifically focus on building the capacities of the Government of Sindh for an effective implementation of its multi-sectoral nutrition policy while providing direct assistance to significantly and rapidly reducing malnutrition in rural Sindh.

Pakistan has the third highest number of children under five affected by stunting in the world – 45 percent of children under five are stunted that makes a total of 9.6 million – rising to 63 percent in the rural areas of Sindh. Under five mortality is 89 out of every 1000 live births indicating that one out of every 11 children born will not survive until their fifth birthday. Other national nutrition statistics are equally worrying.

Pakistan is one of the five world countries where children growing up healthy are in a minority and one of the fifteen countries making no progress in reducing stunting.

The burden of under-nutrition is borne by the rural poor as evidenced by the fact that the ratio of stunting among poorest to stunting among richest has grown from 1.7 to 2.7 between 1990 and 2012. This undernutrition is accompanied by some of the highest levels of maternal and child micronutrient deficiencies called as ‘Hidden Hunger’.

The Chief Minister of Sindh Syed Murad Ali Shah launched the program. Addressing the launching ceremony, the Chief Minister said malnutrition has become a major issue for the province and the situation is very alarming. Only sincere and concerted efforts could control the situation. Sindh government is committed to take up these challenges on priority. “Government of Sindh aims at reducing the stunting rate from the existing 48 percent to 40 percent by 2021 in the province,” he said. Acknowledging that with PINS, the European Union is supporting the Sindh government in addressing this key issue of malnutrition, the Chief Minister thanked EU and resolved Sindh government will continue to work with EU and other donor organisations in the future.

He said that that his government has launched a programme to upgrade 300 basic health units, of them 280 have been upgraded and made BHU plus, means their provide health services round the clock.

“The fact saddens me that half of Sindh’s women and children suffer from stunting and malnutrition, which is a great burden. We have to make this programme successful for our province,” he said.

Overall, the Sindh province has the highest rate of child and maternal undernutrition, 40 percent and 62 percent respectively; child anaemia 73 percent, and food insecurity standing at 72 percent in Pakistan.

The Ambassador of European Union Jean-François Cautain said malnutrition and stunting is a key issue. With this not only children are suffering but it has an impact on society and overall growth of Sindh. Mentioning other programmes of EU on nutrition and poverty reduction, the Ambassador said that the EU’s support to fight malnutrition is one element, but it’s important to combine different interventions and enhance coordination along with the Sindh government to get the best outcomes of EU support. “Support to improve nutrition status in Sindh is part of EU’s global commitment to reduce stunting at global level,” he said. “Our objective is to reduce stunting at least by 7 million children around the world by 2025.”

Earlier addressing the ceremony, Coordinator to Chief Minister Sindh on Nutrition Mir Hussain Ali said that over the four years of its interventions, the 68 million euro programme will focus on capacity building of the Government of Sindh and other stakeholders on nutrition-related policy and strategy development.

“Treatment of malnutrition – Severe Acute Malnutrition from identification, outpatient therapeutic programme care to nutrition stabilisation centres according to protocols – in health facilities supported by an outreach programme to screen children and women, referral system for children’s follow up, focus on Infant Young Child Feeding for preventive work at facilities particularly for children with Moderate Acute Malnutrition, behaviour change communication programme for improved child care, and nutrition specific sanitation and feeding practices are some of the key objectives that the programme would work to achieve through its interventions,” he highlighted. Under the programme, small farmers with less than five acres of land will also be supported for improved crop production through introduction of climate-smart crop production technologies, training and provision of inputs.

Chairman RSPN Shoaib Sultan Khan in his vote of thanks, appreciated the support of EU to the Programme for Improved Nutrition in Sindh.