If we do not allow quacks or incompetent surgeons to make important medical decisions for us, how can politically ignorant, inconsistent and uninformed people be allowed to decide the future of a whole nation?

Democracy has long been considered the best form of government. In a democratic state, common people can elect their representatives and determine policies that serve the general welfare. However, the biggest challenge to the successful working of democracy also comes from the common people who cannot make informed decisions.

Jason Brennan, an American political philosopher, builds on this argument in his recent book ‘Against Democracy’. Brennan argues that citizens of a country can be divided into three broad categories: hobbits, hooligans, and Vulcans. Hobbits show high levels of political apathy, and they have almost no understanding of important aspects of a functioning democratic system. Hooligans have the relatively higher political knowledge, but personal biases cloud their views.

These voters lack any kind of consistency or political sophistication, and they can be found on both right and left ends of the political spectrum. Lastly, Vulcans have more extensive knowledge of political machinery, and they possess wider experience.

However, the fact that the overwhelming majority of citizens falls into the categories of hobbits and hooligans, which represents a major challenge to electoral democracy as currently practised in most countries of the world. A very small percentage of citizens comes close to being Vulcans. Christopher Achen and Larry Bartels have also argued that ‘the ideal of popular sovereignty plays the same role in contemporary democratic ideology that the divine right of kings played in the monarchial era.’ 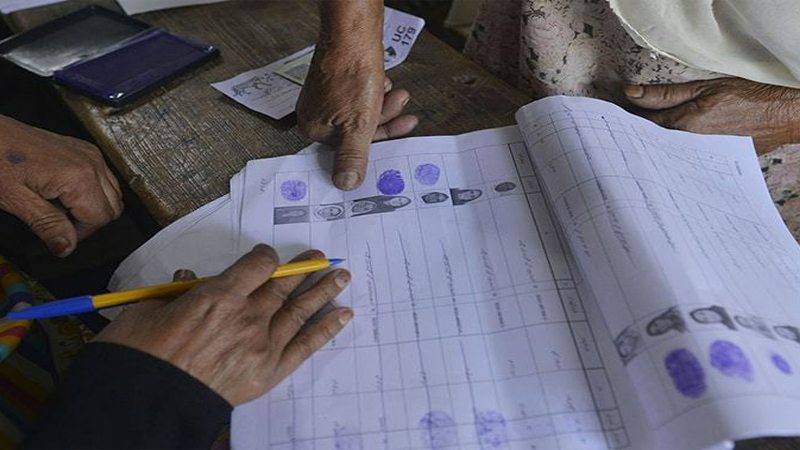 The very idea of democracy ignores the ‘competence principle’. If we do not allow quacks or incompetent surgeons to make important political decisions for us, how can politically ignorant, inconsistent and uninformed people be allowed to decide the future of a whole nation?

There is a lot of empirical evidence to support the view that majority of voters are politically unreasonable and irrational, but they are still given a shot at choosing their own rulers. Voting is not just an individual choice; rather, it is the exercise of power over others. Such power must only be used by responsible people who have a collective interest of the country at heart.

Some democratic states routinely deny voting rights to some citizens, such as the insane or convicted felons. This leads to the question that if certain citizens can be excluded from democratic participation due to moral turpitude, there might also be other reasons for barring voters who are more prone to be exploited by demagogues and mentally deranged leaders like Donald Trump.

Leaders often make decisions that have a significant impact on the everyday lives of common citizens. For example, when a government exaggerates the extent of threats to the security and prosperity of the country, its policies end up imposing substantial costs on the economy. Similarly, the pursuit of bad economic policies can push budget deficits rapidly higher and throw the world economy into deep recessions. It is hard to underestimate the damage bad leaders have done to the political systems of their countries. The voters who voted for Hitler in 1933 made it possible for the National Socialists to make a bid for European domination, turning the whole continent of Europe into a battlefield of unimagined proportions for almost a decade.

Many political theorists agree that countries with the poor quality of electoral participation tend to elect governments that pursue bad domestic and foreign policies. This happens because the poor quality of electorate makes it easier for candidates of poor quality to be elected as public representatives. Even people who pay attention to the issues at stake do not vote to keep in view their collective interest. Instead, their decisions are based on wishful thinking or assumptions driven by personal biases.

In the US presidential election of 2016, both Donald Trump and Hillary Clinton were the most unpopular candidates. Among adults, Trump had 63 percent unfavourability rating, while Hillary had 56 percent. Thus, due to a poor-quality electorate, the quality of electoral mechanism is rigged downwards even before the conduct of elections.

The inconsequentiality of individual voters is generally cited as the reason behind citizen’s lack of interest in politics even in advanced democratic countries. People have very little incentive to spend effort and time acquiring information about political issues or respective merits of candidates appearing on the ballot.

Advocates of modern representative democracy maintain that the essential requirement for the success of a democratic political system is the competence of electorate as a collective body and the quality of individual voters is not of much consequence. This view suggests that the electorate as a whole makes good choices even when most of the voters are politically incompetent. But these models do not apply to real-world politics and fail to explain why voters make short-sighted decisions under conditions of ignorance.

Another defence of democracy is that it is based on the notion of universal suffrage, which is widely recognised as a fundamental human right. In addition, it is the only fair way to choose representatives. But, in the words of David Estlund, ‘the idea of procedural fairness … is too thin and occasional a value to explain, without any appeal to procedure-independent standards of good outcomes, the moral significance of democracy.’ Estlund states that making decisions with a coin toss is also a fair method in principle. In fact, tossing a coin to make a decision is fairer than universal and equal suffrage because coin flips cannot be manipulated by demagoguery and the use of unlimited sums of money for or against political candidates.

In Pakistan, politically ill-informed voters have been electing many horrible and corrupt leaders over the past seven decades. The leaders of two major political parties in our country are facing corruption charges, but they still enjoy considerable support in their respective constituencies. For a democracy to work, we must weed out ignorant voters. A democratic system can certainly survive without ignorant voters.

The writer is a PhD scholar at University of California, Davis. Can be contacted at rasghar@ucdavis.edu