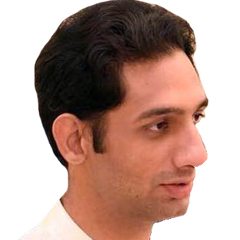 Healthcare in the US and Pakistan

In stark contrast to Pakistan, the prevailing practice in the USA is insurance coverage for employees managed by their employer with emphasis on government intervention limited to the most vulnerable segments of society

It is interesting to compare the healthcare systems of Pakistan and the USA, since both healthcare systems are not welfare oriented. In 2017, the Prime Minister of Pakistan launched a health insurance scheme which was supposed to provide healthcare coverage to families earning two dollars a day or less. Serious medical conditions and procedures like cancer, accident related trauma, burns, diabetes related complication, infection and bypass surgeries. A family benefiting from this insurance scheme is entitled to an annual treatment costing $2,600. The project’s goal was to provide health insurance to 23 million families in the federal capital, FATA and Punjab.

The common perception is that public sector hospitals in Pakistan provide free medical care to every citizen of the country. If this is the case, then Pakistan is more of a welfare state than the USA, which spends 8.3 percent of its GDP on healthcare compared to Pakistan’s 0.42 percent. In Pakistan around 78 percent of the population pay for healthcare out of its own pocket. The private sector provides three quarters of health services in the country, while the state merely picks up the remaining tab. At present, provincial governments in Pakistan are the leading institutional entity in terms of expenditure on healthcare (mostly on establishment costs such as salaries) and allocation has enhanced post devolution from 4-6 percent to 8-11 percent of the budget out of the development outlay.

In Pakistan, around 78 percent of the population pays for healthcare out of its own pocket. Three quarters of health services are provided by the private secor, while the state merely picks up the remaining tab

American healthcare is bankrolled by a complex and uncoordinated amalgam through the federal, state, and local governments supported by private insurance. Yet, there is no consolidated system of health insurance. In stark contrast to Pakistan, the prevailing practice in the USA is insurance coverage for employees managed by their employer with emphasis on government intervention limited to the most vulnerable segments of society such as the elderly, disabled and unemployed.

An intriguing aspect of healthcare in the United States is that almost 17 million people were employed in the health sector or health occupation which means 12 percent of the total US workforce caters to a population of almost 326 million. The population of Pakistan is around 200 million with a significantly smaller number of persons in the health occupation. In Pakistan, electronic or tele-medicine, involving basic geographic information systems (GIS), is spreading as a platform, albeit without any regulatory umbrella. Things are different in the USA being focused on a formal and conservative prescription approach. Basic medical diagnostic tests in Pakistan are not so costly as compared to the USA and health tourism is increasing with Pakistani origin patients coming from the United Kingdom, who find private medical care such as surgery less costly here, and with the added benefit of a shortened waiting list.

If a query is raised that in Pakistan is the healthcare provided to those ordinary citizens, not insured through any organisation whether public or private, adequate and does it ensure the quality of life then the answer would be a resounding no. There persists a marked and perceptible difference in treatment being provided in a private hospital and a public hospital. Technically speaking it may be lack of funding for intestinal staples during surgery, stents for cardiac procedures, repeated usage of dental equipment instead of disposable dental kits, and obsolete diagnostic equipment, which ultimately has an impact on quality of life. The waiting time for surgical intervention in the public sector healthcare environment in the event of elective, non-malignant diseases including hernias, gall bladder and thyroids may extend from six months onwards coupled with no choice in selection of surgeon.

The discernible differences in healthcare cannot be easily scoffed as being attributable to the desire to acquire healthcare in a comfortable or luxurious setting as overcrowded public sector hospitals have compromised standards of hygiene and quality control and full time availability of medical personnel and equipment of one’s choice.

In this sense the citizen of Pakistan appears to be in an enviable position compared to the USA, as every citizen has access to free medical care even if the quality of medical care is not comparable to that in the private sector whose charges are exorbitant.

The writer has done his Bachelor of Science in Business and Management from the London School of Economics and Political Science and is presently doing Masters in Sustainable Development from SOAS. He is currently involved in research in the areas of finance, energy and environment related to sustainable development