BRICS lead the way in taking millions out of poverty 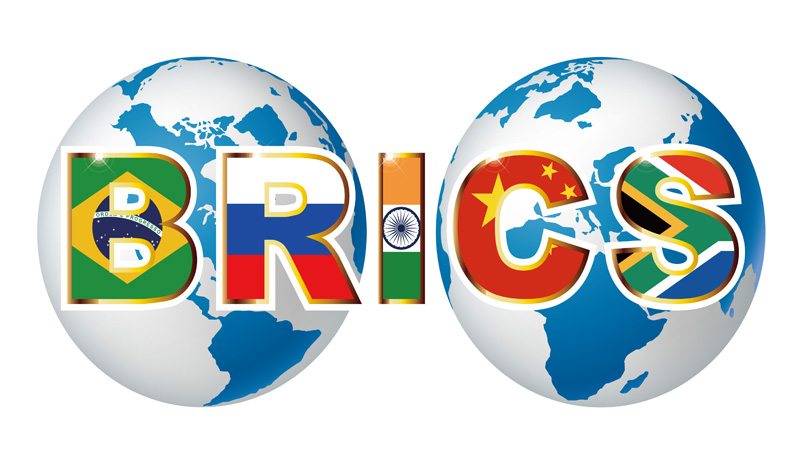 China and Russia last week lambasted the validity of a 20-nation international summit on North Korea, held in Canada, to which neither Beijing nor Moscow was invited. The intervention highlights the growing geopolitical interventions of combinations of the BRICS nations (Brazil, Russia, India, China and South Africa) on select global issues, from Syria to Korea.

But while the BRICS cooperation agenda has expanded significantly in the past decade, security spats between the bloc – not least between China and India – have prevented the emergence of more strongly aligned political interests. This was illustrated by the attendance of India at the Canadian summit alongside the US and other leading Western powers.

While the emergence of the BRICS as a collective power in international security therefore has clear limitations, where they have already made a game-changing impact is in the economic realm. The bloc accounted for 23 percent of global GDP in 2016, up from 12 percent a decade ago, and at last year’s annual BRICS summit in China they discussed how they could become even bigger players in trade and investment.

Beijing, especially, wants the five powers to lead a campaign for economic globalisation in the face of signs, especially from the Trump administration, of greater protectionism. China’s advocacy of this agenda reflects, in large part, that it has been a beneficiary of globalisation, and its commitment to inclusive growth.

This agenda is especially pertinent given that the world is at a potentially pivotal moment in the battle against global economic inequality. World Bank research indicates that, for the first time in two centuries, overall global income inequality appears to be declining.

The BRICS, which account for more than 40 percent of world population, have been the key drivers of this historic movement toward greater overall global income equality. The collective economic growth and large populations of India and China, in particular, have lifted a massive number of people out of poverty – an estimated 600 million between 1981 and 2004 in China alone.

This has catalyzed what Branko Milanovic, who co-authored the World Bank research with Christoph Lakner, asserts is the “profoundest reshuffle of individual incomes on the global scale since the Industrial Revolution.”

At the same time, however, there is an opposing force – growing income inequality in many countries, an issue that has become increasingly politically salient. It is rising inequality in developed markets that draws most attention. In the US, for instance, concerns over inequality and stagnant living standards have led to surging support for populist politicians such as Donald Trump.

These two opposing forces, like tectonic plates, are pushing against each other. While the net global trend for the past 200 years has been toward greater overall income inequality, there is now significant, growing evidence since the turn of the Millennium that the “positive effect” of growing income equality between countries, spurred by the development of the global South, is superseding the “negative effect” from increasing inequality within nations.

Monumental as this could be, however, the picture is not yet clear. In part, this is because data sources on income across the world are inevitably imperfect, which means conclusions are hedged with uncertainty.

While more proof is therefore needed to judge whether this economic phenomenon is robust and sustainable, what is certain is that the overall lot of the South has improved dramatically, as exemplified by the BRICS over the last generation. The most prominent beneficiaries have been a much heralded “new” middle class – estimated to be as large as a third of the world’s population — disproportionately located in key Asian emerging economies such as China, India and Indonesia.

The World Bank research also indicates that much of the bottom third of the global income hierarchy have also generally benefited too. As in China, hundreds of millions of people have escaped absolute poverty.

However, not all the South has shared fully in this success story. Much of Africa, and some of Latin America, have generally not benefited as much as Asia.

With the current economic challenges in China and some other key emerging markets, including Brazil and South Africa, it is unclear whether the development of the global South has enough momentum to keep driving a more equitable world order.

This will depend, largely, on the same twin issues of whether emerging markets generally continue growing robustly, and whether the trend toward rising income inequality within countries is sustained.

On the first issue, the trajectory of the global economy will probably continue to shift toward the South, and for the foreseeable future many key emerging markets will probably remain in robust shape. However, the recent remarkable wave of emerging market growth of the last generation appears now to be decelerating, and the global transformation it has produced in recent years may not be repeated.

On the latter, it is not set in stone that ever-growing income inequality within countries will continue, especially if there is political and popular will to address it.

However, the debate over what long-term reform agenda should be undertaken to tackle this problem is contested by the left and right across much of the world.

Taken overall, the BRICs are driving what could be the first period for two centuries of sustained movement toward greater global income equality. But the fragile process, fuelled by globalisation, could yet go into reverse if emerging market growth decelerates faster than anticipated or income inequality within countries accelerates, undercutting efforts to foster inclusive growth.