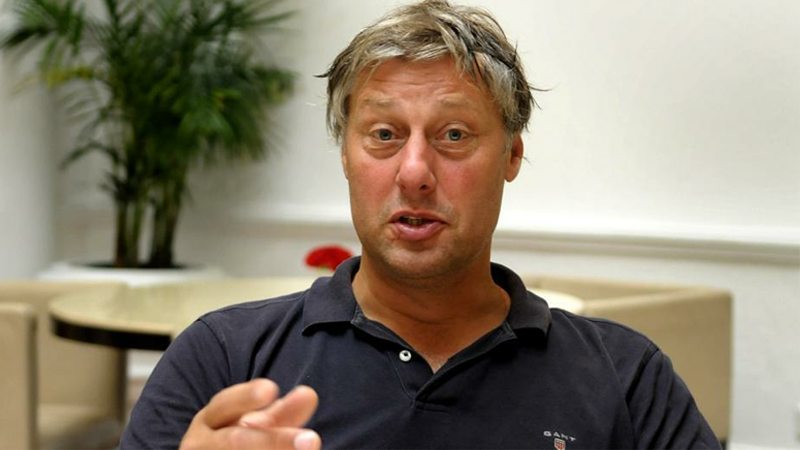 KARACHI: Dutch hockey player Floris Jan Bovelander expressed his excitement on Tuesday in a video message to take part in the World XI team, as the Pakistan Hockey Federation (PHF) makes final preparations to host two matches in the country. The World XI team will play against Pakistan’s national hockey team in Karachi and Lahore on January 19 and 21, respectively, after landing in the country on January 18. Apart from that, three exhibition matches might also become a part of the schedule, with the national junior team also in contention of getting a match.

“I am very happy to be back in Pakistan,” Bovelander, who is part of the hall of fame team visiting Pakistan, said in a video shared by the PHF. Bovelander can be seen in the video sitting in his office with a picture of the Netherlands-Pakistan match in the background. Pointing towards the picture, he says: “As you can see, here are some good memories from the 80s and the 90s and this one from Olympics 1988 is us playing Pakistan.” He then continued by explaining the feeling of that victory: “Of course, one of our finest moments in Lahore winning the World Cup and beating Pakistan. Four years later, Pakistan beats us in World Cup final. Good memories for Holland and Pakistan hockey.” The hockey legend also remarked: “I believe Pakistan should always be at the top of hockey rankings. Sad to see Pakistan has had some problems keeping up. So, hopefully, with this event and with support from all of us, Pakistan hockey will be back where it belongs.” Bovelander added that he looks forward to meeting friends and revisiting memories in Pakistan. “Hope this aspires the children, and proves to be motivation for youth to get back to hockey.” Earlier, Argentinian hockey player Diego Ignacio Paz, in a video message, said he was ‘excited’ to be a part of the hall of fame World XI team visiting Pakistan. He said: “Pakistan get ready, we are

Sohail Abbas demands hefty amount: Former Pakistan international and penalty corner specialist Sohail Abbas, who was supposed to lead the World XI side, has demanded an equal amount of pay as is being given to the international ones. However, the PHF is negotiating with him and have offered him to become the captain of the hall of fame team.

“Abbas has demanded an amount which is equivalent to the amount being paid to the international players by the PHF, but the PHF doesn’t have enough funds and is looking to negotiate with Abbas by offering him to lead the Hall of fame team,” a PHF official said. The World XI team will feature players from world’s top hockey playing nations. The players are included from Australia, who are the reigning World champions, and Argentina, who are the current Olympic champions. The matches will be preceded by a hall of fame induction ceremony where national and international hockey players will be named in the honorary list.