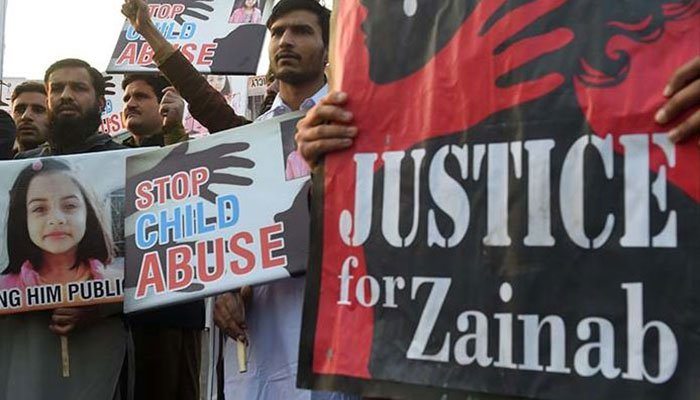 By definition, a state is an organised political community under one government. That being said, Pakistan stands tall in the list of such communities. For the last 70 years, we being the citizens of the state believe that keeping our chin up is our earned right and calling ourselves Pakistanis is nothing less than the roar of an undefeatable gladiator.

If we dig deeper into this sovereign state, we find chunks of states within one state and the chaotic trumpets start playing in our minds, leaving us off-guard. A state divided into several ideologies and thoughts. A state where religion is divided into sects denying freedom of belief to other sects. A political community where religion continuously taps on the political system and religious communities stand shoulder to shoulder with the country mimicked as an organised political community.

A closer look at this state reveals nothing but confusion and illness. A country that stretches from Gwadar to China shows nothing but discomfort and state of unconsciousness. A chunk of land where a barren territory is left unattended on both ends in process of keeping the middle entertained. The states within this state play a chaotic trance and speak metaphors that only a handful of people can understand, and whoever fails to decode the messages, falls behind in search of a cure for his confusion.

A state where every child is injected with frustration for scoring better marks than the others; where children are compared with other siblings and relatives in order to motivate them for better education. A state where children are divided among further states named after different educational institutions to get tagged accordingly. A piece of land where every little soul is filled with confusion, anxiety, depression, inferiority complex and several other sorts of mental diseases from the very start of their consciousness.

Children mimicked as the future of our nation are forcefully dragged on separate ways by keeping institutions separate for religious studies and western education. Both walking the ends of this road to success separately and calling the other wrong end up building separate states that are equally strong. At one time or the other, these two different ways cross each other and the tension creates chaos.

As a result of this stressed start, we find faces defining misperception in search of reality. A reality that changes a billion faces and gives birth to further confusion and desperation every single second. We are a society that inhales fumes of a thousand kinds and exhales a billion leaving every soul in the middle of an endless search.

Frustrated, confused, self-centred, depressed and mentally unstable citizens roam around in search of the perfect state for them. As a result of this chaos and anxiety, every single day a Zainab is born under the shadow of desperate, blood-thirsty eyes. Every Zainab is looked upon as an end to the never-ending frustration. The mirage that shows innocence as a cure to chaos is a result of confusion and frustration that we breathe every day. The anarchy built brick by brick with muddle and despair. The innocence with countless dreams is shattered everyday but the frustration only feeds on it. And every time an innocent soul departs, the chaos screams so loud that the bits and pieces spread throughout the entire state and lasts while the dust settles.

The government bodies leaping towards prosperity and strength of the state end up clearing the roads blocked by the independent religious states. This tension urges the men in uniform to take the front row that works for one independent state yet frustrates the other. As the sun sets every day, we find ourselves in the middle of religion and politics with a handful of questions that are left unanswered since the existence of this organised political community. The competition that is injected in our blood through education only teaches us to become better than the others while staying self-centred, considering our belief superior and pure.

This mental illness has come to a point of no return. The policemen shoot straight at the protestors because a man with a gun in a uniform is superior to the one with a stone. An innocent girl with dreams in her eyes is raped several times and murdered mercilessly by a man with a beard as a result of his frustration and desperation of being stuck somewhere between his belief and his animal instincts.

Today, every Zainab stands clueless of her guilt while her murderer roams among us. The Islamic Republic of Pakistan stands baffled yet we call ourselves citizens of the state under one democratic government where women are equal to men and children reflect our future.

Let’s keep shouting her name until the dust sets and walk away like we did when Mughees and Muneeb were lynched in Sialkot and Mashal Khan in Mardan.