From Truman to Trump

On the first day of 2018, Donald Trump lashed out at Pakistan, through his official twitter account, stating that the United States has “foolishly given Pakistan more than 33 billion dollars in aid over the last 15 years for nothing but lies and deceit”. Mr Trump also accused Pakistan of providing a ‘safe haven’ to these terrorists.

By Thursday, Trump’s social media tirade against Pakistan was fully endorsed by the US State Department, which announced that it would withhold up to $255 million in U.S. aid until the country takes ‘decisive action’ against the Taliban and the Haqqani network.

It is worth mentioning that this is not the first time Mr Trump has hurled accusations against Pakistan through his twitter account. A few months ago, in August 2017, Trump had tweeted that Pakistan “often gives safe haven to agents of chaos, violence and terror.”

However, contrary to this narrative, Trump has also appreciated Pakistan’s efforts in rescuing US-Canadian hostages from Taliban captivity, in October 2017, by tweeting that the US is “starting to develop a much better relationship with Pakistan and its leaders. I want to thank them for their cooperation on many fronts.”

Such divergent statements of Mr Trump accurately depict the dynamics of a love-hate relationship between both the countries.

A quick look at history reveals that the saga of this strange and ambivalent relationship started a few months after independence in 1947, when the then Pakistani leadership, while accepting the invitation of President Harry S Truman, allied itself with the US against the wishes of the Soviet Union. It was in 1950 that Prime Minister Liaquat Ali Khan, with the intent to establish long-term economic and military ties, visited the US to meet President Truman.

It has now been over 16 years since the War on Terror began in Afghanistan against the former Mujaheedin and since then, the US has been through three different administrations, all of which have failed to create peace and stability in the region

Following Prime Minister Liaquat Ali Khan’s visit to the US, Pakistan signed the Mutual Defence Assistance Agreement with the United States in 1954 and subsequently signed two other treaties, the Central Treaty Organisation (CENTO) and Southeast Asia Treaty Organisation (SEATO), which were formed with an aim to curb the power of communism in the region. Additionally, in 1959, Pakistan signed the bilateral Agreement of Cooperation with the US, according to which, the US was bound to assist Pakistan if she became the victim of aggression.

Despite all the treaties and agreements signed between both the countries to militarily and economically assist each other in their times of need, the US neither in 1965 under the leadership of Lyndon B. Johnson nor in 1971 Richard Nixon’s administration, extended any military or economic support to Pakistan during the wars against India. In fact, it was the Soviets that moderated the situation between the leadership of Pakistan and India.

Nevertheless, Pakistan had facilitated the US in strengthening its diplomatic ties with China, and played a fundamental part in arranging President Nixon’s visit to China in 1972 and subsequently, stabilising relations between the US and China. Moreover, during the nine-year long war against the Soviet Union, intelligence agencies of both countries planned and executed Operation Cyclone, one of the longest and most expensive covert CIA operations ever undertaken to disintegrate the communist regime. 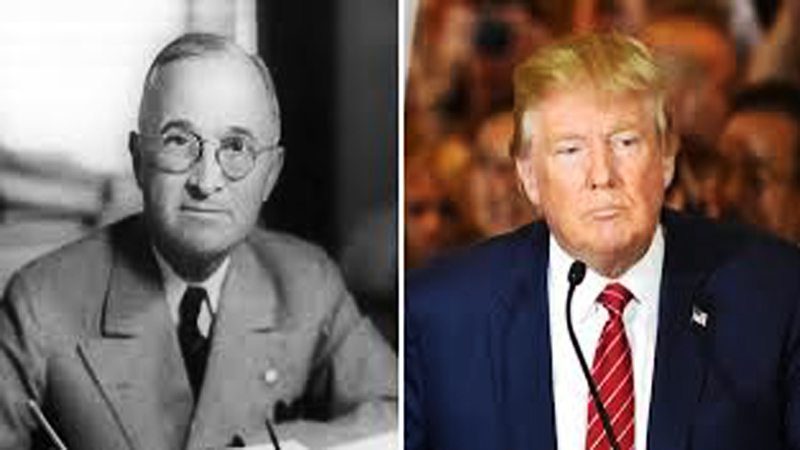 However, towards the end of the US-Soviet war, diplomatic relations between Pakistan and the US went south. Pakistan, in pursuance to the nuclear tests, had to face economic sanctions imposed by President Bill Clinton, who not only suspended economic assistance of Pakistan in 1998, but the arrangement of the assistance was also altered from monetary grants to loans, payable in foreign exchange. These economic sanctions were lifted only after General Pervez Musharraf became ally to President G.W. Bush’s ‘war against terror’.

It has now been over 16 years since the war on terror began in Afghanistan against the Mujaheedins and since then, the US has seen three different administrations, which have failed to create peace and stability in the region.

Pertinently, during this ‘war on terror’, which is vociferously being fought alongside the US, Pakistan has suffered a loss of approximately $123 Billion to the economy and lost over 70,000 innocent lives. It is appalling to see that our so-called ‘ally’ — the US — refuses to acknowledge the efforts and sacrifices that have constantly been made by Pakistan, to curb the menace of terrorism in the region.

The latest funding freeze along with the US decision to place Pakistan on a watch-list for “severe violations of religious freedom” can be termed as the most forceful US effort, in years to pressurise Pakistan to rein in militant groups operating in the country.

While Pakistan’s counter-terrorism efforts have been out-rightly disregarded by the US, it must continue the struggle to eliminate terror and restore peace in the region even at the cost of losing an ‘ally’ in the war.

From now on, Pakistan, like any strong sovereign nation, must not accept a terrorism policy drafted by any of its allies.

The writer has an LLM from Berkeley and is passionate about law and policy, and has a powerful voice amidst the bar in Lahore. Previously, he has written a few pieces for Pakistan Today, for The Nation, and for Courtingthelaw.com