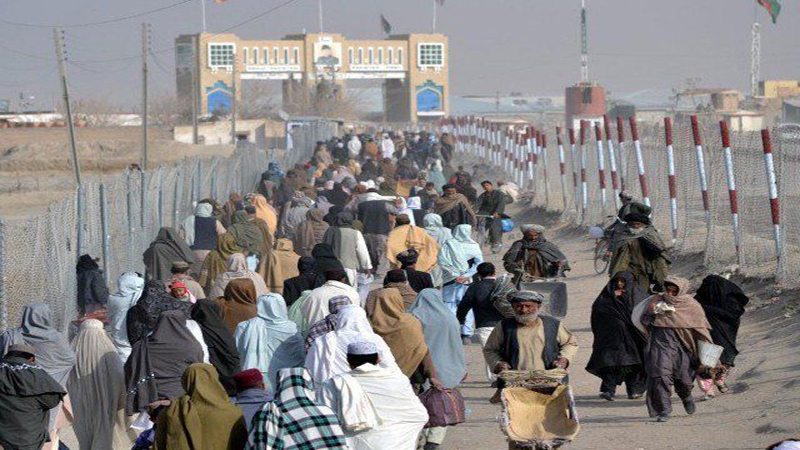 Amid the government’s decision of a month extension in the refugees’ stay, the issue of Afghan refugees is turning serious as a number of them are not willing to return to their country when terrorism in Afghanistan is on the rise.

The United Nations High Commissioner for Refugees (UNHCR), non-governmental organisations (NGOs) and human rights organisations have already expressed concern over the refugees’ situation that could turn into humanitarian emergency. Despite the Ministry of States and Frontier Regions (SAFRON) suggestion to extend deadline for refugees’ stay until December 2018, the federal cabinet few days ago granted a 30-day extension to the legal stay of Afghan refugees in Pakistan. The decision worried a number of refugees thinking of unfavourable situation surrounding them.

Turial Sherzai, an Afghan residing in Islamabad as a refugee, told Daily Times that after the government decision, he quarreled with his wife and two adult children when they insisted on staying in Islamabad and opposed the idea of shifting to Kabul due to uncertainty and insecurity in Afghanistan.

“I run a well-established food-business under the name of Afghan Tikka in Islamabad but I don’t see any chance of my success in Afghanistan in presence of terrorism. My family is a business community, we have no land, no other source of income in Afghanistan,” Sherzai said.

Similarly, a number of Afghan refugees expressed their unwillingness to return to Afghanistan partially due to terrorism and economic insecurity to Afghanistan when both Pakistan and Afghanistan want resettlement of the refugee issue. “We would go under compulsion but if one asks our consent then we want a little bit longer stay, at least, until some stabilisation in our country,” said Akmal Jan in a telephonic conversation from Peshawar.

The recently released report of Special Inspector General for Afghanistan Reconstruction (SIGAR) acknowledges that Kabul has lost control over 41 percent area. The month of October witnessed high profile attacks by Taliban and Daesh militants across Afghanistan.

Zardasht Shams, Afghan deputy ambassador, said that finally all Afghans would have to return to take part in rebuilding in their country. However, he confirmed to Daily Times that according to their assessment about one quarter of the refugees were not willing to shift to their country due to terrorism and other factors.

He said that the Afghan government was lacking resources, yet it had taken an initiative with the help of China, Middle Eastern countries and others in Afghanistan to provide incentives to Afghans for returning home. The submission of the documents for registration of the Afghans, who were living in Pakistan without any proof, also shows that they don’t want to go to their country anytime soon. Nevertheless, terrorism and insecurity alone are not the factors that create hurdle in return of the refugees in a dignified manner. Haroon, a young refugee who was born in Islamabad and got education there, told Daily Times that he had friends in Pakistan. “I am to Islamabad instead of Kabul and more comfortable in the country.” Yet, a majority of the Afghan refugees are returning to their country as well. As much as 4.2 million have returned to Afghanistan since 2002, and about 60,000 registered refugees, retuned in 2017 alone as per the UNHCR record. Pakistani officials allege that the refugees’ camps were used by terrorists as safe havens and their early return was in national interest.

Pakistan, a country with 21 million population and high rate of unemployment, also considers over a million refugees a burden on their economy. “Pakistan’s economy has carried the burden of hosting Afghan refugees since long and in the present circumstances cannot sustain it further,” said the statement after the meeting that extended the refugees’ stay for a month. However, Pakistan has commitments with the UNHCR and the Afghan government that there would be no forced return. “We want Afghan refugees return with dignity as soon as possible. No doubt volunteer repatriation is the focus, we all should take steps for creating favourable conditions for their return,” Foreign Office Spokesman Dr Muhammad Faisal said. Activists of civil society and NGOs, during a protest held last month in Islamabad, called upon the government to extend deadline for refugees return to avoid their harassments at the hands of law enforcement agencies. According to a report issued by the Human Rights Watch, after a string of terrorist attacks in Pakistan in 2016, more and more Afghan refugees had to move to Afghanistan due to unfavourable situation in the neighbouring country hosting them for long and that created worse situation. In the current scenario, Spokesperson for UNHCR Qaisar Khan Afridi told Daily Times that the UN body was concerned about the decision to extend the proof of registration cards for a month that might affect almost 1.4 million registered Afghan refugees in Pakistan.