The world media had a field day in the wake of President Trump’s now infamous tweet in which he took to task previous American governments for ‘foolishly’ continuing funding Pakistan to enable it to hunt down terrorists in the post-9/11 years. The latter, he contended, had failed to do anything of the sort. As the saying goes, there is no fool like an old fool.

The latest presidential Twitter storm came hot on the heels of Obama’s recent interview, by Prince Harry no less, in which he warned against living an exclusively virtual life. The former president also cautioned against biases that social media can reinforce among people, thereby creating unnecessary division.

This is something of which mainstream should be mindful. For all too often, whether electronic, radio or print, it has been more or less reduced to mere sound bites; no more than a couple of hundred of characters. And then there is the question of the laggards, those who venture out not from established comfort zones. This group does not feel the need to renegotiate its way of life to meet the challenges of the information technology revolution; thereby likely widening the gulf between the high tech-haves and haves-not. 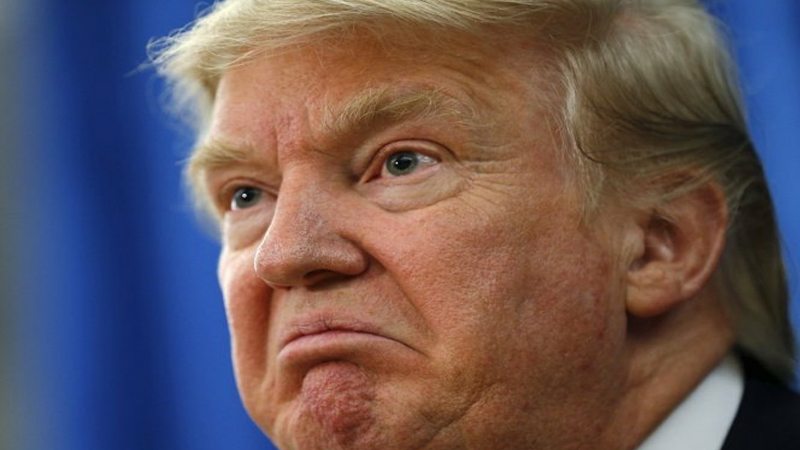 Obama advised folk to leave chat room behind and to get offline and see the real world, with Prince Harry concurring. Yet if only things were that simple. Meaning that in truth the virtual has been so well integrated into the real world that it becomes increasingly hard to distinguish between the two. As far as social scientists are concerned we are passing through one of the rarest moments in contemporary history. The younger generation is teaching the older one; a process termed reverse learning.

As for mainstream media, it increasingly exposes audiences and readers to an uproarious blend of selected narratives and reality alike. Anti-Americanism, it seems, runs so deep that even those who make a living from US-funded projects were there on our television screens denouncing Trump as being utterly detached from reality vis-à-vis the Pakistan tweet. And those who gorge on nothing but news feeds propagated by conventional news outlets begin to forget how to question received biases. No media organisation can claim to be free of the latter. But problems emerge when these are not out in the open. Thus social media, for its part, is as full of what at best may be termed as half-truths as its mainstream counterpart. This is an extremely worrying trend given that the latter is harder to identify than outright propaganda.

Yet if we return our attention to that Trump tweet we find that consumers of mainstream media have been presented with such ‘facts’ that show how everyone who is anyone here in Pakistan is riled up over the presidential accusations; rushing over themselves to refute the claims as loudly as possible. Indeed they feel more than vindicated — they feel happy. After all, are not world leaders also mocking him? News organisations then add to their sense of swelling pride by showcasing the tweets taking Trump to task. Thus were they able to sleep easy, after basking in the New Year afterglow. Simply put, this is modern day catharsis by way of media therapy by another name.

Pakistanis feel vindicated. After all, are not world leaders also mocking Donald Trump? News organisations then add to their sense of swelling pride by showcasing the tweets taking Trump to task. Yet what of the fact that the presidential outburst against their country has been retweeted more than 95,000 times and some liked 293,000 times?

Pakistani consumers of mainstream media have likely not been told about the not so small fact that Trump’s outburst against their country has been retweeted more than 95,000 times — double his typical social media outreach — and has been liked some 293,000 times. Meaning that the US machinery has sprung into action in accordance with the line he has drawn out there in the realm of social media. After all, European governments stand with him on terrorism as do many a Washington think tanker. Meanwhile here in this country the masses cannot access Fox News.

Being myself attached to mainstream media in one form or another, I often feel that we are pushing society back to the point that others have already crossed. But we of course cannot put the blame exclusively on the shoulders of Pakistani audiences or readers. What about the media watchdogs that always appear busy drawing up reports warning that the fourth estate is under threat? And what about governments of the day whom the latter routinely name as posing a direct risk to the media?

Thus these self-proclaimed watchdogs are mindful that the fundamental right of the citizenry is that of choice, thereby pushing diversity of content. And since most donors prefer to fund research on the freedom of media and expression — this is what most of this country’s regulators prefer to focus on. This, in turn, leads over time to an inability to think out-of-the-box. In fact, the business of compiling data, writing reports to convince donors to part with large amounts of cash and arranging photo-ops has become so lucrative a ‘profession’ that untold numbers of journalists have opted out of the media in favour of civil society organisations.

All this being said, however, the fate of media consumers remains unchanged. Meaning that they continue to share what Obama refers to as a ‘common set of facts’ as well as the having the ‘same baseline’ hammered into their heads from so many angles until the point of gratification. But the latter turns out to be nothing more than an illusion. For a quick log-in to social media will open up the floodgates of ‘facts’ — heaven for some, hell for others. Thus Pakistani audiences and readers should not find themselves set adrift between these two extremes. The solution may therefore be found in an integrated media that ensures diversity of content on one screen or in a single newspaper. After all, media consumers everywhere deserve a dose of both Obama’s ‘real world” advice and Trump’s policy tweets.

The writer is an ICFJ Fellow. He can be reached athassan.shehzad@iiu.edu.pkand tweets @furraat