Pakistan as a deep state?

As far as domestic arena is concerned, deep state wouldn’t let a civilian government to assert or strengthen its position

When the Director General Inter Services Public Relations (ISPR) who is also the spokesman of the military took a position against the handling of Dawn Leaks by the PML (N) government and when he recently termed the statement of Federal Railway’s Minister as “irresponsible” in which he urged that the military high command should also bound others in their rank and file to support the democratic process, it reflected deep cleavage in civil-military relations.

Deep state means a state in which military, bureaucracy, the security establishment and the intelligence community undermine the writ of an elected government. State within a state is also a categorisation of deep state in which power is wielded by invisible forces who bypass civilian government in the formulation and implementation of key domestic or foreign policy matters.

According to online English Oxford Living Dictionaries, a deep state means, “A body of people, typically influential members of government agencies or the military, believed to be involved in the secret manipulation or control of government policy”. According to Cambridge Dictionary, deep state means, “organisations such as military, police, or political groups that are said to work secretly in order to protect particular interests and to rule a country without being elected.”

A deep state is not a phenomenon of a Third World country but even a first world country like the United States is referred as a deep state where the Pentagon and CIA along with other instrument of security agencies often act independently of Congress and the White House on matters of national interest and security.

Why deep state emerges and what are its implications? How deep state functions and why it has since the early 1950s mitigated the role, influence and authority of civilian governments in Pakistan?

From any standpoint, Pakistan is a deep state because the writ of civilian government is fragile on matters which are crucial and critical in nature ranging from foreign policy issues related to India, Afghanistan, United States, Iran, Saudi Arabia and China. Nuclear weapon’s program of Pakistan is another area where deep state has enormous clout. If any civilian government tries to cross red line drawn by the deep state on foreign policy issues mentioned above it would mean collision. National Security and patriotism are the pretexts which are used by a deep state to sustain its influence.

As far as domestic arena is concerned, deep state wouldn’t let a civilian government to assert or strengthen its position. Weak and fragile governments elected through a democratic process suits deep state as it can pull strings and keep that set-up insecure. Penetration of its trusted people in leading political parties is also done by the deep state so that if a particular political party takes an anti-establishment stance, planted leaders in that political party can scuttle any such move.

Since the assassination of Pakistan’s first Prime Minister Liaquat Ali Khan, the Muslim League became a victim of military-bureaucracy nexus and every military dictator starting from General Ayub to General Musharraf used Muslim League in order to provide legitimacy to their authoritarian rule. Deep state also played an important role in making and breaking political alliances like the Pakistan National Alliance (PNA) during 1977 and Islami Jamhori Ithehad (IJI) during 1988 general elections. The game of ‘musical chair’ which is being played in Pakistan since its formative phase till today is a sad reflection of deep rooted mistrust in civil-military relations. Deep state is often blamed that it doesn’t allow democratic governments to function smoothly or take an independent stance on issues which are perceived to be the exclusive domain of military and security establishment. Deep state strikes back when it realises that a particular civilian government has crossed the red line either by overthrowing that government; by promoting revolt within the ruling party or by instigating an agitation against that government.

Deep state emerges because of two main reasons. First, weak and fragile position of political parties and their inability to provide good governance while in power. Corruption, nepotism and abuse of authority by governments which happen to be democratic provides an opportunity to non-political forces establish their influence in matters of state craft. The rupture of democratic process is primarily the outcome of unprofessional and irresponsible conduct of civilian governments who instead of focusing on improving the quality of life of people are involved in corruption, nepotism and misuse of power.

Deep state evolves because of the space which is provided by those political parties, whether in government or in opposition, who do not subscribe to the principles of accountability, transparency, rule of law, justice system and good governance. Turkey and Egypt are the other two examples of deep state where non-elected state organs undermined the civilian authority. The manner in which the then President of Egypt Mohammad Morsi was removed from power by the deep state means the refusal of the military and the security establishment to accept the supremacy of civilian rule. After years of military and quasi-military rule, President Recep Tayyip Erdogan and his AKP party were able to neutralise the influence of deep state in Turkey particularly after the abortive coup against him last year.

Unfortunately, in undermining the authority of elected government, deep state is supported by those political parties who have conflict with the party in power and becomes part of the conspiracy to destabilise political process.

Second, deep state also emerges because of external support and assistance. In order to keep a particular country weak and subservient, it is the strategy of a neighbouring country or a big power to destabilise the neighbour with the connivance of deep state. Was it not in the interest of the United States to dislodge the regime of the then Prime Minister ZA Bhutto from power in the aftermath of March 1977 general elections as without the support of Washington martial law wouldn’t have been imposed in Pakistan. Likewise, in 2012, Saudi Arabia and other Arab countries including Israel didn’t want Morsi’s regime to continue because of his Islamist policies which prompted the Army under General Sisi to take over and depose Morsi.

The implications of deep state are far and wide. It blocks political pluralism and democratic process and creates a privileged class composed of bureaucracy, military, security establishment and their business partners. The net losers of a deep state are people who are deprived of their freedom to govern through a political process.

As far as Pakistan is concerned, the making of a deep state was the result of unprofessional and corrupt practices of political parties. The worst case in a deep state is if it is democratic only on paper but power is held by a clique having connections with the ruling family. Deep state functions by marginalising the parliament, civil society and non-conformist media. Its reach is enormous as it operates by carrying out espionage of its opponents and suppresses their dissent through fear and terror.

Why is it so that despite seventy years of its existence as a state, Pakistan has not been able to transform its political culture which is still overshadowed by those elements who wield the real power and are able to strike back when they realise that an elected government has crossed the limit. Needless to say, the culture of Pakistan conforms to the reality of deep state.

The writer is Meritorious Professor of International Relations at the University of Karachi. E-Mail: amoonis@hotmail.com 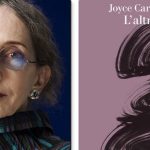 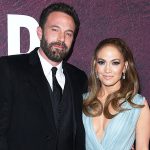