Pakistani economy stands to benefit from economic mainstreaming of women. There are nearly 12 million working women in the informal sector

According to the World Bank, women workforce in Pakistan is the lowest in South Asia. India has 24.3 percent, Bangladesh 34.6 percent, Sri Lanka 30.9 percent, Nepal 50.8 percent and Bhutan 40.1 percent of working women. Pakistan’s percentile of the working women is 22.2 percent that is even worse than Somalia at 31.1 percent, Sudan 25.3 percent or even Yemen at 26.0 percent women in the workforce. The latter three nations have seen decades of deadly wars, but their women are faring better than Pakistan where the conflict has been at a much-limited scale.

Like in most conservative, religious and patriarchal societies, the Pakistani women who work in the formal or informal sectors, face an extremely complex business and professional environment. The International Labour Organisation (ILO) in its report titled ‘Women Entrepreneurs in Pakistan’ talked about two cyclic dilemmas that essentially feed on and into each other perpetuating the state of women in the formal economy. The first is made up of social, cultural, traditional and religious elements. It took centuries to shape and is anchored in the patriarchy and clearly manifests women in a lower social status. The gender bias of this social system is rigid and deep-rooted and draws legitimacy from a traditional mindset and a firm belief system.

The second factor takes the form of constitutional structures, regulatory arrangements and institutional mechanisms. This is contemporary but is ‘cosmetically impartial.’ The traditional systems percolate these modern arrangements, and pose difficulties for women by being inherently discriminatory. Unfortunately, the patriarchal composition of the ‘modern institutions’ impacts their working viewing women through the lens of the first factor.

Based on the above two, the working women in Pakistan are trapped in a cyclic-dilemma that feeds on itself, and perpetuates the structures that create glass as well as the brick ceilings. ILO further mentioned that the formal employment is heavily biased in favour of men i.e. approximately six times the size of working women work in formal economy.

As the local regulatory framework basks in the cosmetics of the modern institutions talked above, these frameworks and the society fail to understand that raising female labour force participation rate in countries like Pakistan could make a difference of up to 34 percent in a country’s productivity.

Renowned Nobel Laureate, Joseph Stiglitz in his paper ‘Gender and Development: The Role of the State’ lamented poor indicators of the Pakistani women in the workforce compared with other nations with nearly the same development indicators. 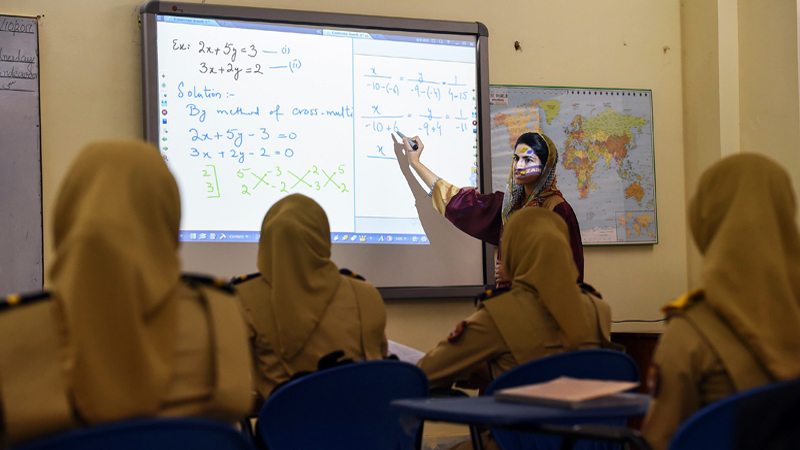 A New York Times report noted that Pakistan’s female work force hovers around 20 percent, among the lowest of any Muslim country. According to a report in the Guardian, there are over 12 million working women in Pakistan that are engaged in their micro enterprises.They heavily depend on their middlemen, who get to make larger part of the profit. The women, at times make as less as PKR 50. They remain invisible to policy and lawmakers. They do not have market access. They are not, well, never paid in time. They cannot create independent linkages. And in the end, they keep suffering the same two-factored self-feeding perpetual circle referred above.

Pakistan now ranks 144th, or the second worst country in 2017, on the gender gap matrix. Other nations may have progressed; Pakistan has plummeted 22 points in a decade

But the women in Pakistan do not give up. They have come truly a long way to prove the need of their formal and consistent inclusion in Pakistan’s economy. They have fought odds as professionals in jobs, and as businesswomen.

Their share in the formal economy has remained an urban phenomenon that too is mostly limited to the women coming from upper middle class stratum of the society. This needs to change, and change it must. People, and most particularly men in decision making positions must change with the changing times, and create avenues where women should at least start maturing their talents without any sense of apprehension.

The debate on women’s economic empowerment is not new in Pakistan, but it has usually whirl-pooled in the same shell where discussion culls the action. The modern technology empowers the thinkers who do, and this is an avenue that is not yet moulded in favour of women in both the formal and informal sectors. Pakistan, with nearly 12 million working women in the informal sector offers a truly tremendous potential of growth and their economic mainstreaming. The time has arrived where the Pakistani patriarchy must give way, and let girls earn.

The writer is a social entrepreneur and a student of Pakistan’s social and political challenges. Twitter: @mkw72