Was Jinnah an imperialist collaborator?

It’s an incontestable fact that Jinnah, Iqbal and Sir Syed were imperialist collaborators who fell prey to the divide-and-rule policy of the British Raj

There are only two illustrious South Asian leaders who never went to jail during their otherwise stellar political careers. One was the founder of Pakistan, Mohammad Ali Jinnah. The other is the crusader against corruption who has been given the sobriquet ‘Pakistan Khan’ by his devotees. Perceptive readers are already well aware of the reason why nobody can dare to arrest the latter, even if he lays a four-month-long siege on the paramount institutions of the state and stops the state machinery from functioning.

Regarding the allegation levelled against Jinnah by Orientalist historians that he was an imperialist collaborator, it is so preposterous that it would be a waste of time trying to dispel the ludicrous accusation. Instead, I would implore the readers to allow me the liberty to scribble a tongue-in-cheek rant here.

It’s an incontestable fact that Jinnah, Iqbal and Sir Syed were imperialist collaborators who fell prey to the divide-and-rule policy of the British Raj. There were only two progressive Muslim leaders who joined forces with Mahatma Gandhi’s socialist and anti-imperialist Congress against the tyranny of the Raj. One was Sheikh Abdullah of Kashmir and the other was Abdul Ghaffar Khan (Bacha Khan) of Pakhtunistan.

After the partition of British India, Sheikh Abdullah worked hand in glove with Jawaharlal Nehru to make Muslim-majority Kashmir a part of the secular Indian utopia. The Muslims of Kashmir trusted the charismatic messiah with their lives and the latter met their expectations by conniving with the Congress. Today Kashmir is thriving and prospering under the suzerainty of India and the dynamic leadership of Sheikh Abdullah’s descendants, Farooq Abdullah and Omar Abdullah, the true representatives of Kashmiri Muslims.

Had it been up to the visionary and tactful Bacha Khan, he too would have made sure to make Pakhtunistan a colony of India. However, a plebiscite was held on the eve of independence in the erstwhile North West Frontier Province. Regrettably, the gullible Pashtuns of the doomed province overwhelmingly voted to become part of an Islamist and reactionary Pakistan.

Let me clarify here that I am not against Bacha Khan and his Khudai Khidmat-gar movement, as such. It was a laudable achievement that he politically mobilised the Pashtuns for independence and enfranchisement. But I have doubts about his political acumen. From his bearing, he appeared like a simpleton who was given to whims and personal attachments. But the people that he was dealing with, Gandhi, Nehru and Patel, were shrewd politicians.

Jinnah was a brash and forthright statesman who used to treat his party workers and associates as subordinates. And Pashtuns, as we all know, are given to ‘Pashtunwali’ (honour), courtesy and other such trappings of symbolic respect. Gandhi and Nehru struck a chord there with feigned cordiality and ensnared two leading Muslim luminaries of the freedom struggle, hence striking a political marriage of convenience between the Congress and the Pashtun and Kashmiri nationalists

The astute leadership of Congress wheedled and coaxed Bacha Khan and Sheikh Abdullah to form a political alliance with the thinly veiled Hindu nationalist Congress against the interests of Pashtun and Kashmiri Muslims, whom the aforementioned leaders respectively represented. And the way I see it, it had less to do with any political convergence of ideas; rather, it was more about their personal bonding with the shrewd leadership of Congress.

Jinnah was a brash and forthright statesman who used to treat his party workers and associates as subordinates. And Pashtuns, as we all know, are given to ‘Pashtunwali’ (honour), courtesy and other such trappings of symbolic respect. Gandhi and Nehru struck a chord there with feigned cordiality and ensnared two leading Muslim luminaries of the freedom struggle, hence striking a political marriage of convenience between the Congress and the Pashtun and Kashmiri nationalists.

In the end, Sheikh Abdullah legitimised the Indian occupation of Kashmir by becoming its first chief minister, though he was later imprisoned by none other than his good old friend, Nehru. But when Pakistan and more importantly, the Kashmiri Muslims needed his leadership and guidance the most, he backstabbed them simply because of his personal friendship with Jawaharlal Nehru.

More to the point, in the British Indian context, the divide-and-rule policy originally meant that imperialists used this strategy to sow the seeds of dissension and communal hatred to prolong their tyrannical rule in India. However, some Indian historians later came up with the fancy notion that the colonial powers lent their support to the idea of creation of Pakistan in order to use the latter as a bulwark against communist influence in the region; this latter conspiracy theory is far from the truth.

Firstly, the British imperialists took immense pride in creating a unified and cohesive British Indian army, and it’s a historical fact that the latter organisation was vehemently opposed to the division of the British Indian armed forces. It simply defies common sense that if the colonial power was apprehensive of the expanding influence of Soviet Union in the region; in that case, it would have preferred to leave behind a unified and strong India army, rather than two divided armies at loggerheads with each other. 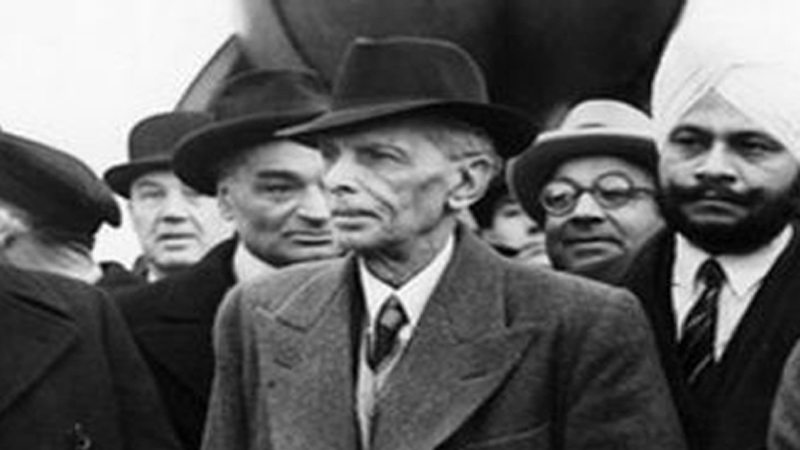 Secondly, although Pakistan joined the Washington-led and anti-communist SEATO and CENTO alliances in the 1950s and it also fought America’s Jihad in Afghanistan against the Soviet Union during the 1980s, but we must bear in mind that there were actually two communist power centres during the Cold War: the Soviet Bolsheviks and the Chinese Maoists.

If the intention of the colonial powers was to use Pakistan as a bulwark against communist influence in the region, then how come Pakistan established such cordial relations with communist China during the 1960s and voted in favour of China’s membership into the United Nations in 1971. Apart from this, Zulfikar Ali Bhutto played a pivotal role in arranging Richard Nixon’s visit to China in 1972.

The relatively modern Indian historians who came up with this fancy conspiracy theory have actually retrospectively applied the theory to the historical chain of events: that is, they conceived the theory after Pakistan joined the anti-communist alliances and after it played the role of Washington’s client state during the Soviet-Afghan Jihad. At the time of independence movement in 1940s, neither the Hindus nor the Muslims knew anything about the aftermath of their respective freedom struggles.