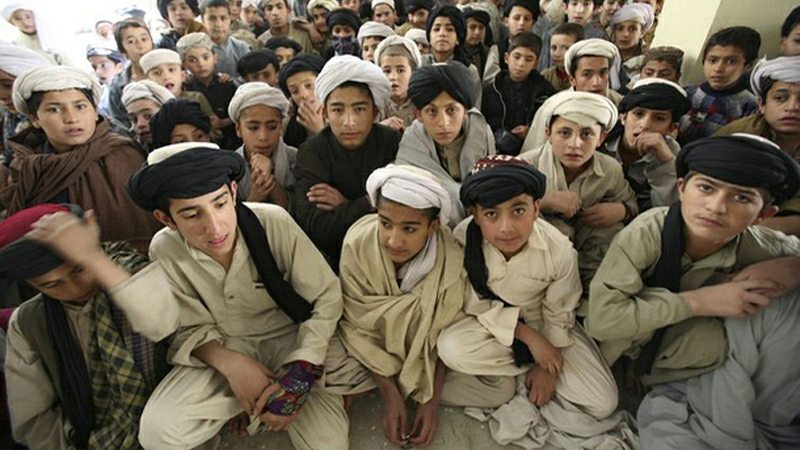 Pakistan’s militancy syndrome, that once was an Afghan centric border phenomenon, has now crept into main heartland of the country, hitting every walk and aspect of life. Ironically, Pakistan has already had deeply entrenched ideological-cum-religious infrastructure that makes a conducive mix for radicalism rooted in two nation theory, Kashmir issue and ensuing wars with India, and its inclusion into Afghan Jihad with mass scale support base from university youth.

Religious extremism has greatly undermined political stability and functional integrity of Pakistani society in recent years. Education can be a remedial device against the scourge of radicalism, but in Pakistan the very seats of higher learning have become the instrument of latent radicalism.

The lynching of Mashal khan, a university student, by his fellow students was still vivid when the mind-numbing revelations about a militant group Ansar-ul-Sharia Pakistan (ASP), that according to officials, was operational from a university of metropolis Karachi, raised eyebrows of many in decision making and civil society circles.

Unlike madaris, which are under vigilant scrutiny; modern secular university camps, harder to track, have become terror hotbeds, reveals a new stream of militancy.

From Higher Education Commission (HEC) to the Vice Chancellors (VCs), and civil society all segments of society came under massive criticism and many remedial proposals are afloat in the media addressing the same query – ‘how to keep our educated youth away from the shadows of the agents of hate and violence who celebrate death’.

Saad Aziz, Sarosh Siddiqui, and Naureen Laghari are the new epitome of this sensation that gravitates university students into the militant cadres. This lot does not come from the shabby, poor, and madaris but from the shiny class rooms of the modern universities that have no gender segregation.

These educated tech-savvy, Al-Qaeda and ISIS inspired elite class radicals who use sophisticated technology, demand one to think reflectively that militancy, opposed to the popular belief, is not confined to madaris, illiterates, and alienated poor of the society.

Undeniably, it is alarming that universities are housing these radicals and ‘would be’ terrorists. However, let us not generalise and blame universities for indoctrination of exclusivist religio-political dogmas because these institutions have also served as avenues of different political and religious movements.

The rise in terror propensities can be equated with the rise of extremist narrative in the society where extremists resort to violence based on self-serving interpretation of the faith. Safoora Goth bus ambushed in Karachi that killed 43 innocents, killings of police officials, and assassination attempt on a member of Sindh Assembly all came from this new generation. Out of nearly 500 suspects detained by security officials, 70 were graduate and another 64 held master’s degrees, demonstrating that syllabus is the real culprit responsible for this hydra headed phenomenon.

These university educated radicals are the product of ‘neo-modernity’ and self-reflections that has roots in a perceived version of Islam. In this case, long beard and hijab wearing radicals from educated effluent class symbolise their conservatism and strongly identify themselves with religion and often impose their version on others with rejectionist attitude towards non-conformists.

The surge in ‘Neo-modern’ radicalism reflects the state failure in introducing a ‘one fits all’ counter narrative effectively against slanted narratives of extremism and militancy.

Revisiting the curriculum by introducing logical scientific reasoning than having blind faith and counter narrative are the need of the hour; as the process of social change takes decades.

Ironically, ultra-right driven domestic politics that Islamised the politics, once viewed as strength, now pose an acute threat to the very existence of state and society. This process, in the context of Afghanistan and Kashmir, is yet another variable that helps individuals contextualise the regional and global environment by envisioning a political dispensation amenable to their vision for the country.

Radicals use War on Terror (WoT) for justifying their violence for they believe Pakistan’s coupling with the ‘infidel US’ was an effort to make Pakistan a secular state in the days to come. There are various assumptions at individual, state, and systemic levels that discuss the relationship of different elements that have led to this new dimension of radicalism.

Intolerance is on the rise because the indispensable debate on sensitive issues has ceased to exist in the society. Cultural desertification and economic frustration have also steered many to radicalism and violence. Another perspective highlights that confused and disillusioned youth bulge in the absence of right course of personal and occupational life happen to have more defiant and deviant tendencies as uncertainties and ambiguities don’t bring the answer to many questions about career, nature of state, relationship of individual and state, and relationship of religion with the state and most importantly the ‘type of country they belong to’.

According to these assessments, the directionless dissatisfied youth with historical grievances, when fails to stay abreast with the fast-paced globalised world, fall prey to the religious zealots who advocate the use of violent means against the West and US by holding them responsible for the down slide of Muslim world.

Few derive an interesting conclusion that if madaris and universities are equally guilty of being jihadist factories, then problem rests with the content (syllabus) that yields radicalism not the context an individual operates in.

This analogy grants students a clean chit and treats them as mere tabula rasa upon religious political organisations along with religious devoted faculty.

The above-mentioned problem necessitates immediate solution on an urgent basis. A reflective thinking is required for a permanent fix of Pakistan’s radicalism phenomenon that compels a serious review if seats of modern education produce a militant lot like madaris did in the past. A policy, based on single causal connection will not help address the issue like in the case of religion terrorism and poverty terrorism relationships in the past. Therefore, a comprehensive approach should be opted. Pakistan’s radical problem has a host of intervening, and independent variables ask for a careful isolation of key variables. This can fix the radicalism problem once and for all.