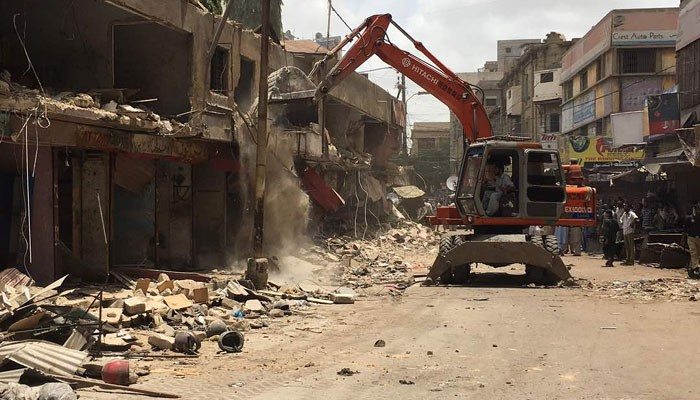 LAHORE: In the ongoing anti-encroachment drive in Karachi, more 90 marriage halls and other illegal structures have been bulldozed by Karachi Development Authority (KDA).

According to KDA officials, the structures demolished were illegally built on amenity plots in areas such as Gulshan-e-Iqbal, Gulistan-e-Jauhar and Federal B Area.

They also said that despite having received death threats from the land grabbers, they would continue the operation.

Karachi Metropolitan Corporation’s (KMC) anti-encroachment cell has also gathered the data on more than 20,000 illegally occupied amenity plots. It aims to start an operation on December 19 to free the land from land grabbers.