Security beefed up at churches, other worship places 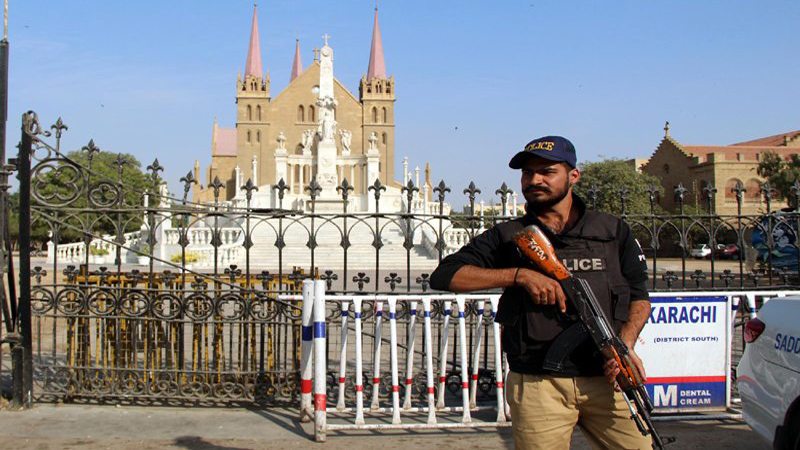 LAHORE: In the aftermath of Sunday’s terrorist attack at the Bethel Memorial Methodist Church located on Zarghoon Road in Quetta, city police have beefed up security arrangements for worship places of minority communities as well for important buildings.

In a statement issued on Sunday, CCPO Amin Wains and Operations DIG Dr. Haider Ashraf condemned the terrorist attack on the church in Quetta and ordered officials concerned to ensure foolproof security of all churches and other important places across the city. They said that the murderers of innocent citizens were the enemy of humanity and the nation.

Talking to Daily Times, a senior police officer said a high profile meeting of senior police officers had been held in the aftermath of the church attack to chalk out a ‘foolproof’ security plan for maintenance of law and order in the city. He said that police high ups had passed on strict directions to police officials to ensure regular patrolling in their respective areas. “They have been asked to frequently visit police pickets and monitor arrangements. Upon receiving these directions, all police officers concerned passed on strict orders to the station house officers (SHOs) to ensure the implementation of the security plan in letter and spirit. This includes deputation of officials at entrances of important religious places, at markets, bazaars and other public places,” he said.

CCPO has issued orders to all divisional SPs to tighten security of all churches, other religious places as well as other important places to avoid any untoward incident.

All divisional SPs, DSPs, and SHOs have been asked to personally meet the administration of churches and other religious places to get their feedback on security measures.

Foolproof security measures have also been sought for all entry and exit points in the city.

There are around 400 churches in the city of various Catholic and Protestant denominations.

Earlier, Inspector General of Police Punjab Arif Nawaz Khan had issued a security high alert across the province. The IGP directed all RPOs and DPOs to adopt security measures as per SOPs to maintain law and order.